Helen Giles went down to Derbyshire over the weekend to soak up the sights and sounds of Xstatic Summer Festival. Read her review here.

As the sun glowed over the beautiful Derbyshire countryside, thousands of colourful ravers descended onto the grounds of Catton Hall, ready for the fourth instalment of one of the UK’s best kept secrets in underground dance music.

As you walked into the arena, it was hard not to notice the sea of bucket hats and neon attire that glowed in the sunshine, bringing with it a wave of nostalgia - back to a time where this niche was at the forefront of the UK music scene, along with the initial excitement and buzz that caused this style of music to catapult into history.

It is clear that this year’s event had a very heavy trance presence, with the Trancecoda stage consistently bursting at the seams with swarms of people itching to get a glimpse of some of the biggest DJs of this specialism.

After finding our bearings and contemplating the overwhelming set list the Xstatic promoters had constructed (by far one of the best dance music line ups to grace the UK this summer), we followed the sweet sounds of Above and Beyond’s ‘Sun and Moon’ (above) to arrive at the Toby Preston stage, where Dean Angel was one of the first artists taking to the decks with an even balance of both euphoric and hard trance.

Helping set the tone for the rest of the day were Rhys Thomas and Callan Christie, representing Swansea based promoters Delusion. The carefree and fun energy they were able to bounce between each other exuded into the rather sparse crowd, setting the tempo for their hard trance orientated set. Two relatively unknown DJs, each with an increasing wealth of talent – watch this space!

Taking a break from the uplifting, body tingling sounds of the seemingly more popular genre at the festival, we made our way over to the Xstatic 10th Birthday tent to get our blood pumping and feet stomping to some hard house classics. Maddox and Townend did a fantastic job at warming up the crowd with a high intensity set, dropping in timeless tracks such as ‘You’ve got the Love’ and ‘Ready or not’ with their own energetic spin causing the ground to ripple beneath them.

The highlight of the day from this arena came from hard house veteran Rob Tissera (check out one of his Xstatic mixes above).  The busiest this arena had been all day, Tissera dived straight in with that instantly recognisable thumping beat mixed with more current tunes from Mark Ronson and The Prodigy, enticing new listeners into the sweatbox with a modern twist, whilst at the same time pleasing die hard enthusiasts of this genre.

His gracious interaction gained the utmost respect from a loving crowd, and you could see and hear how much he enjoys his profession. The legendary DJ and producer knew exactly what the sweaty, excitable crowd were looking for, and delivered in spectacular style.

Remembered as one of the most inspiring hard house DJs of our time, Lisa Lashes showed us what else she is capable of in the IllumiNaughty arena, with her influences taken from hard dance implemented into her new chosen genre of psy trance. Already an expert in her field, her versatility reinforces her status as one of the hard dance greats, as well as her openness and cheeky, fun-loving nature generating a following of admirers hanging on to every beat dropped.

Bouncing our way over to the Trancecoda arena, Giuseppe Ottaviani provided the music experience of the festival, with the heart felt sounds and euphoric trance energy that made your skin shiver with overwhelming love for everyone and everything (watch his Transmission set above).

The sea of raised arms in the air as he seamlessly floated through each track with high synth breaks caused ripples through the electrifying atmosphere, with companions holding each other welling up to the most beautifully constructed set. Followed by back to back with performances from Alex M.O.R.P.H, Bryan Kearney and trance giants Aly & Fila, it wasn't surprising that Trancecoda was the most popular arena choice at Xstatic this year.

A late edition to the line-up, Kissy Sell Out closed the Yes arena and the festival, cementing his reputation as one of the most technically gifted DJs of his generation. Attracting the younger members of the raving community, Kissy bounds on to the stage (set in a giant inflatable igloo) with masses of energy ready to pass on to a crowd that have been non-stop dancing, drinking and enjoying the glorious weather for almost 11 hours.

He kept things current, with contemporary house favourites from Oliver Heldens and Disciples, as well as unexpected nineties classics from Daniel Bedingfield and TLC, providing everyone with the energy reserves to keep bouncing for the last hour and a half, and entertaining all ages.

He mixed through his collection of hits with ease and confidence - the complex techniques he used (see some of those above) provided jaw dropping breaks into unanticipated melody lines, showing off not only his capability, but the reason he was picked to headline the festival. The choice of music and DJ provided the perfect end to the perfect summer’s day.

Soaking in the electric atmosphere and the last of the rays, it is clear to see how far this festival has come from its humble beginnings. What Xstatic have been able to do is reignite a passion for a dance music culture that in more recent years has been thrown into the mainstream and its origins have been temporarily forgotten, whilst also excluding any air of pretence and hostility amongst fans of differing music tastes.

With the success of this year, along with the amount of support from the most loyal and welcoming followers of house, trance, techno and hard dance, it will be surprising if this is the last we hear from these hard working promoters - with every goodbye brings a new hello.

Head here to check out our complete Festival guide.

Here are the next 4 upcoming events At Catton Hall, South Derbyshire 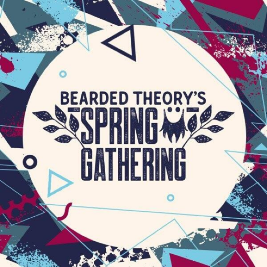