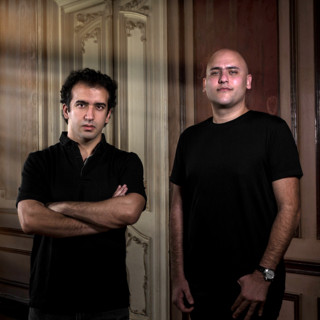 Aly Amr Fathalah (Aly) and Fadi Wassef Naguib (Fila), the Egyptian duo, were both born in 1981 and have known each other since kindergarten. After falling in love with the music of Paul Van Dyk, Steve Helstrip and Chicane they built their first small studio and started doing electronic music and djing from 1999. After establishing themselves in Egypt they decided to go international. In 2002, they signed with the German record label, Euphonic Records. Their first release, "Eye of Horus" received huge airplay from the likes of Paul Van Dyk, Armin Van Buuren, DJ Tiësto and many others. The track was licensed to Fundamental Recordings in Holland and reached number 4 position in the Dutch Dance charts.

Aly & Fila has been mentioned in our news coverage

Below is a sample playlists for Aly & Fila taken from spotify.

Do you promote/manage Aly & Fila? Login to our free Promotion Centre to update these details.