» News and Features » Return To The Basement

UDGK to host Denney in the rave cave that's the Stage and Radio basement for and extended 3 hour set.

How do nightclub bookings come about?

Do promoters sit around a table with X-Factor style polaroids? A lengthy debate about who represents the brand? Or a Man United-style "jobs for the boys" approach?

Well, all those can be true. But sometimes, it's as simple as a chance Twitter exchange.

One particular Twitter thread caught our eye; DJs reminiscing about the post-super-club energy of the early noughties. During a backlash against super-club culture, smaller venues flourished. With DJs and clubbers rebelling against the astronomical fees and ridiculous ticket prices.

The scene metaphorically set up its own AC-12 and policed itself back to something that Knuckles, Hardy, Saunders and Jefferson would have recognised. Podium dancers, fire breathers and circus acts disappeared. How can you have a bare-chested stilt walker wearing full make-up in a 9ft high, raw brick basement? They were replaced by 9ft speaker stacks and sweat dripping from the roof girders once again. The scene had gone full circle, back to being focused on the music and vibes, the distracting "frills" were forgotten quicker than Von Dutch baseball caps.

Fast forward 20 years and arguably those dancefloor distractions from the late nineties are back, albeit in the form of camera phones, VIP areas and the "be seen" culture that's grown along with social media. DJ fees and ticket prices seem to be tied to the growth of Bitcoin and line-ups are now longer than a Villalobos remix. Each DJ now only has enough time in the booth to play two tracks before being herded into a blacked out 4x4 and off to the next gig.

Small venues no longer face a threat from super-clubs. These spaces now stay alive by providing an alternative to the status quo and the status-hungry "bros" at larger gigs.

This exchange about the early noughties between Doorly and Denney happened just a week after Doorly had taken the Stage and Radio void sound-system to bits for UDGK, bringing the jubilant crowd on a journey through more layers than a Taste The Difference pain au chocolat and with more trickery than a Paul Daniels magic set.

Denney cut his teeth playing longer sets with residencies at Sugarshack, Middlesbrough and Back to Basics in Leeds. This led to releasing on some of the businesses most respected imprints, such as Crosstown Rebels, VIVa Music, Saved, Pokerflat, 2020 vison and of course Hot Creations. Denney was preaching to the choir about small underground nights; they're right up our Straße! It was a 4x4 kick drum to our ears. Having discovered that his passions were the same as ours, we sought to acquire his services below the streets of the Northern Quarter at the next available opportunity.

Here are the next 4 upcoming events At Stage And Radio, Manchester 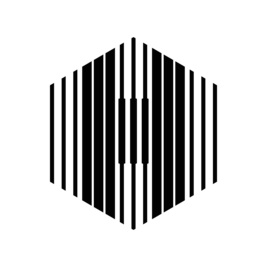 Buckle up for BeatHive's blast off! 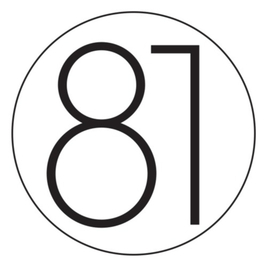 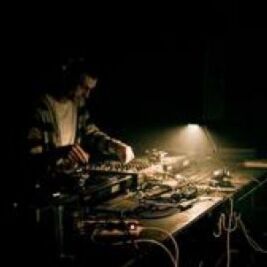 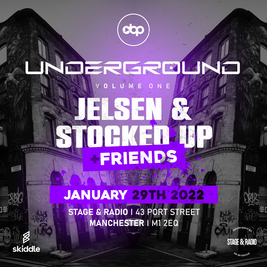 OBP Underground: Volume 1 Bringing the underground scene back where it belongs with a series of ...