Phil Rudd interview: "Kiss were like a cartoon band"

Ahead of his upcoming solo tour, in which he comes to Manchester's Band on the Wall and Edinburgh's Liquid Room, we look back at our chat withAC/DC drummer Phil Rudd where he discussed his extensive and controversial career.

People have idolised and mimicked rock musicians since the genre was born. They sing along, screw their faces and shake their heads in the shower or the car, they play air guitar in the privacy of their bedrooms or even unembarrassed at competitions. Less common is the mimicking of the drummer.

It takes a special kind of sticksman to be held in the same esteem as their band mates parading under spotlights at the front of the stage. Phil Rudd is one of such. Having played with AC/DC from 1975 throughout the whole of their classic recording career (he plays on every single bonafide AC/DC classic, with the exception of latter day favourite 'Thunderstruck').

Along with Led Zeppelin's John Bonham, Phil Rudd is the drummer you're most likely to see people playing along to, on their steering wheels, their armrests or on the imaginary drum kit in front of their faces. Deceptively simple, his no nonsense style is the archetype of rock drumming, one admired by his peers and perfected throughout both of his stints in AC/DC.

Having had his travel restricted in response to a well-documented brush with the law, Rudd was unable to join AC/DC for their 2015 world tour promoting the Rock Or Bust album which he'd just recorded with them. This lead to him being replaced as AC/DC's drummer for the second time and so Rudd decided to complete his solo band project and their debut album Head Job, which he began in the 1980s.

Being unable to promote the album until now, 2017 sees Phil Rudd and his band undertake their first dates outside of New Zealand and Australia, with shows in both Manchester and Edinburgh.

You were born in Australia to Lithuanian parents...

No, actually only my stepfather was Lithuanian. I was born in Australia to a German and Irish background.

Oh, OK. Which drummers inspired you?

Ringo of course. All the great English drummers, Simon Kirke (Free, Bad Company), Ginger Baker (Cream), Ian Paice (Deep Purple). They were all my boyhood heroes. Ringo probably the most.

Not really. I usually just listen to the engine of most of my cars, I drive too fast. I disconnect the stereo, but I lost my license so I'm just walking at the moment.

You've worked with some good record producers before, what did you learn from them and whose style do you think maybe influenced you more in getting the drum sound you got for your Head Job album?

I don't know, when we went in the studio I had total control over the Head Job album. I engineered most of it myself. So, I just got the sound that I like, what I thought was best for the project. I think it worked out pretty good, we're really happy with the album and we've got a pretty good band too.

When you first went to London with AC/DC in 1976 the musical trend that was just coming into fashion was punk. The weekly music newspapers were concentrating on it. Was it noticeably different from the scene back home in Australia as a result?

Well, we weren't really punks, we were just a bunch of stroppy dwarves, you know? It suited us quite well. We viewed everyone else as cannon fodder and we just went about doing what we do. It worked out quite well for us.

What was the 1977 European tour you did with Black Sabbath like?

Oh, it was horrible. Their PA was dreadful. But, you get your start where you can. We went on from that to tour with Kiss in America. We weren't there to support them, we were there to take their audiences.

The drummer and bass player in a band have a close musical relationship, they're known collectively as the rhythm section. What were your feelings when Mark Evans - your partner in that section - was sacked in 1977?

We didn't know who was going to be for the chop, whether it was going to be me or him. The Youngs already had a lot of musical experience, through their brother George who'd been in The Easybeats. They already knew where they wanted to go with it. We were just wanging away, hoping that we fitted in. Mark wasn't a pro bass player.

How different was the experience of playing with his replacement Cliff Williams?

A lot of younger rock fans are too young to have known the era of AC/DC when Bon Scott was the singer. What was he like as a man and what was touring like with him?

Oh, it was great. He was a character, old Bon. I remember him being pitched up outside the Hammersmith Odeon one night, trying to get in. We were all waiting for him. Someone took a picture of him, he was outside, couldn't get in. He was a great guy, an artist, a poet, a rocker. He was the real deal, you know?

Towards the end of the 1970s you played your first run of American stadium tours, playing with the likes of Aerosmith, Kiss, Styx, UFO, Blue Oyster Cult and Cheap Trick. Which band's audiences were maybe a tough slog to win over?

Probably the Kiss audiences because they were so young. They were all taken there by their mums and dads, holding their hands, marching them out when we came on. “You're not having any of this, son”.

There were some great bands to support. We had quite a lot of requests for our songs on the radio and we started to walk into some really good gigs. We had already done a lot of shows by then, so we'd worked our way up pretty well.

Which of the bands you supported in that time did you enjoy the most?

Probably Aerosmith. They were more like the real thing. Kiss were like a cartoon band. Maybe don't print that. Actually no, you can put what you like, I don't really care anymore. Kiss are the same as they always were - fucking hopeless. It wasn't really about the other bands for us, though. Like I said, we were going in there to steal those audiences.

You departed the band for the first time in 1983. What did you do for the decade you were out of AC/DC?

I did quite a bit of farming, I built a studio, I was messing around with a few turns and one of them turned into the Head Job album. It was just finding something to do and I was lucky enough to meet up with Allan and Geoffrey (the two other musicians featured on the Head Job album) because they're great at what they do. The band's playing pretty well. I wouldn't say that we were like AC/DC, but I would say that we are going to put on a good, honest show.

Did you maintain much contact with any of the AC/DC band members in your time away? Which of them initially reached out to you in 1994 to invite you to the jam sessions that lead to you rejoining?

No, not at all. I got a call from Malcolm one day asking me if maybe I wanted to come and jam and that was it. We were not really that communicative, you know?

In 2009 AC/DC were announced as the Business Review Weekly's top Australian earners in entertainment with earnings of $105 million, displacing The Wiggles from the number one spot for the first time in four years. Who the fuck are The Wiggles?

Ahaha, you work it out; The Wiggles! We never would have thought of The Wiggles as competition. Playstation are one of our biggest competitors now. There's always competition, it's just changed where it's coming from.

All of the band's songs since 1990 have been exclusively written by Angus and Malcolm giving the impression that AC/DC were very much the Young brother's band. Was that always the case or did it ever feel like a unit where the power was more evenly distributed?

I'd say it was always the Young brother's band, yeah. Pretty much. That's just the way it was, that was the way it grew. There was nothing to be done about it. I have enjoyed my independence, but I miss sparring with the guys, especially Malcolm and Angus. We bring out the best in each other, I'm sure. I don't know why that is.

Of all the members of AC/DC which would you most like to work with again? Would you contact them?

Well, there's only one left, Angus! I always enjoyed the Rock Or Bust album. It was a great album and I think I played really well on it. Brian sings really well on it too. Angus did a great job on it, he really knows what he's doing. He knows exactly where he wants to do.

Is it likely? I don't know. I think he's (Angus) in Australia at the moment and I'm over here. When I get back over there I'll see what's going on. People keep asking me what's happening with Angus. I keep thinking, "how the fuck would I know what Angus is doing?"

You're the first one to hear it. I'm still playing, I'm still rocking. I'm sure there's something there, you know.

You can get Phil Rudd tickets from the box below.

This event has been cancelled
Event cancelled due to unforeseen cisrumstances

Circa Waves interview: "these shows are going to be historical." 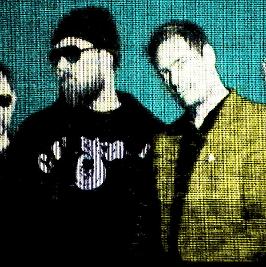 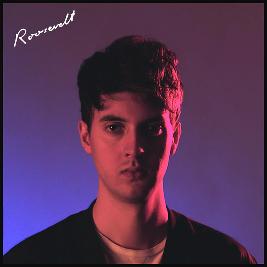 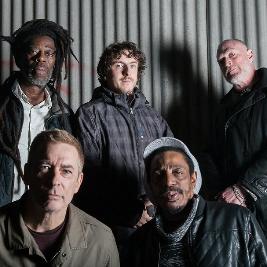 This event has been Postponed until 4th Feb 2022

One of the most energetic, exciting and powerful live bands to emerge from the post-rave scene, Drea... 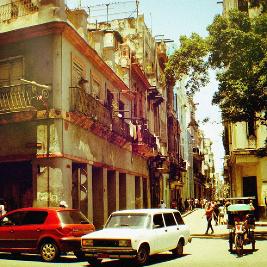