Here we are again, back with yet another New On Skiddle, where we deliver to you lucky lads and lasses a handpicked selection of the best and most recently announced events on sale with Skiddle right now.

Included within this week's premier selection is a list of quality club events and summertime festivals, getting you pumped and excited for another year of uninhibited adventure and excitement ahead. With some special one-night do's with the biggest spinners in the biz, to some absolutely stacked bills full of every artist you could possibly want to see; the possibilities on Skiddle are endless.

So, scroll down the page, browse just some of the first-rate experiences already on offer, and start making plans for an unforgettable 2023. 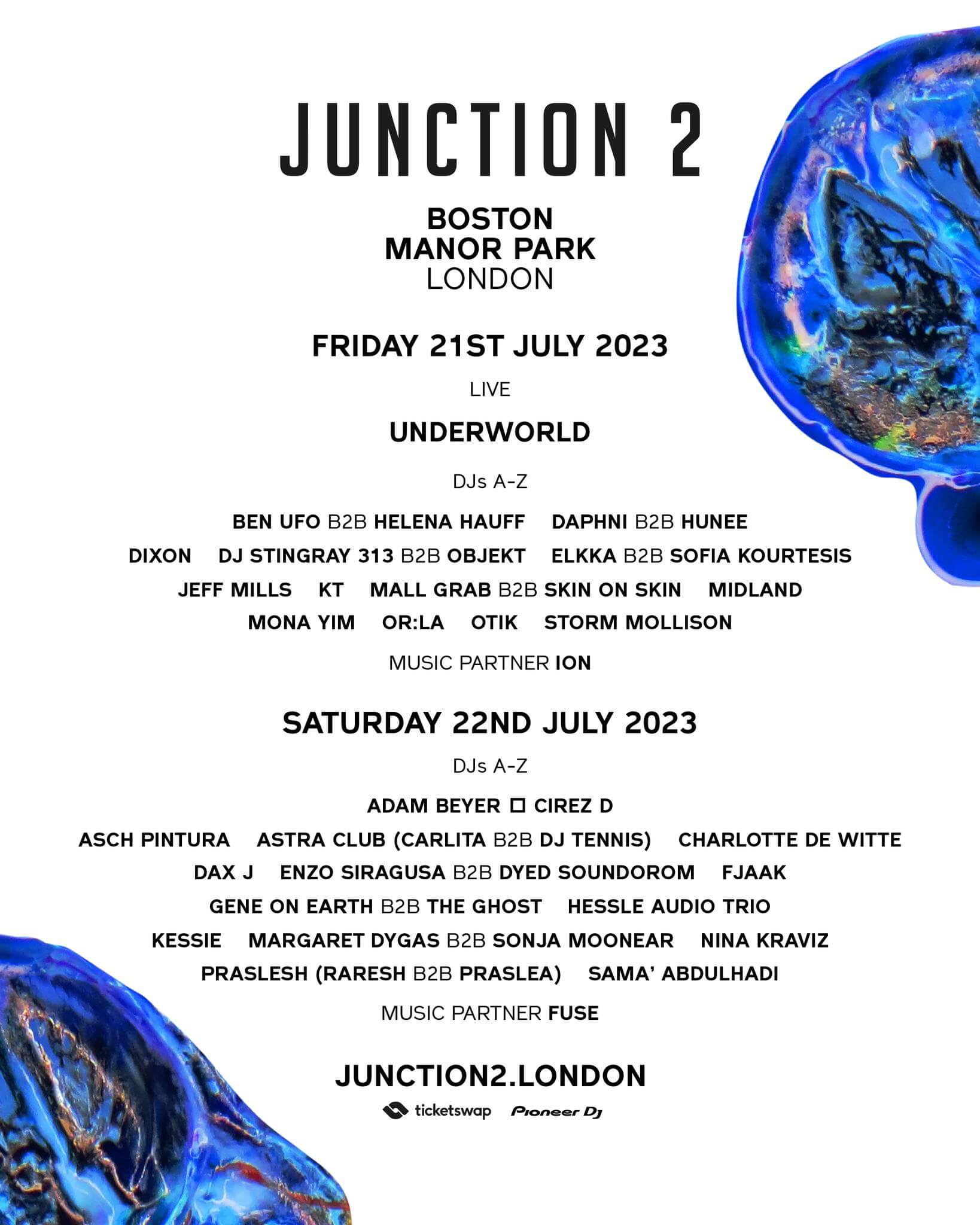 Returning to their original home at the inimitable Boston Manor Park, this year’s edition of Junction 2 is set to be the boldest one yet. They have been gathering their energy from recent years, and have pulled out an absolute stonker of a lineup to present a collective experience that'll live long in the memory of everyone in attendance.

Amongst the lineup is a host of familiar Junction 2 favourites like Adam Beyer, Enzo Siragusa, and Charlotte De Witte, as well as some alongside new members of the Junction 2 family. But, headlining the Friday is the absolutely classic Underworld, ready to make every one born slippy. This year also sees a renewed focus on alliances, with 23 DJs delivering spellbinding back-to-back sets. The pairings have all been chosen to allow the artists to fully express themselves, creating a truly unique experience, both in the booth and on the dancefloor.

This one's gonna be a belter. 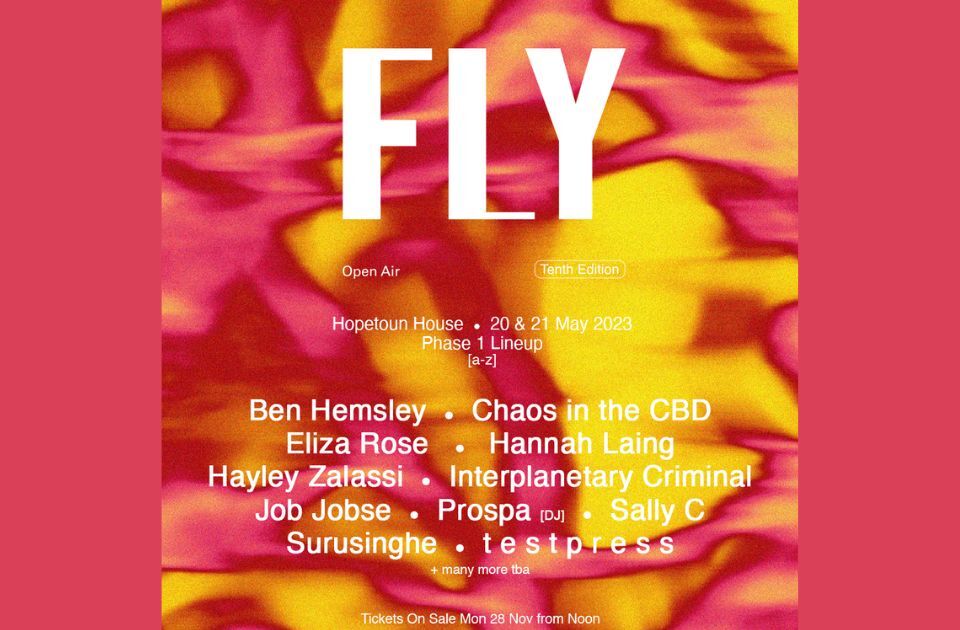 Where: Hopetoun House in Edinburgh

Situated on the grand and picturesque estate of Edinburgh's Hopetoun House, Fly Open Air Festival is one of the most sought-after outdoor, electronic Scottish festivals.

Overlooking the Firth of Forth and the impressive Forth Bridge from the country manor's pristine gardens, the gathering boasts one of the most atmospheric and scenic locations in the UK, as well as a regular bill of high-calibre electronic acts and DJs.

For the 2023 edition, this has only continued. Geordie tech wiz Ben Helmsley appears, alongside the effortlessly cool Chaos in the CBD and other big names like Interplanetary Criminal and rising Scot Hannah Laing. With many more to be announced, this one looks to be a dream for any Scottish fan of electronic music. 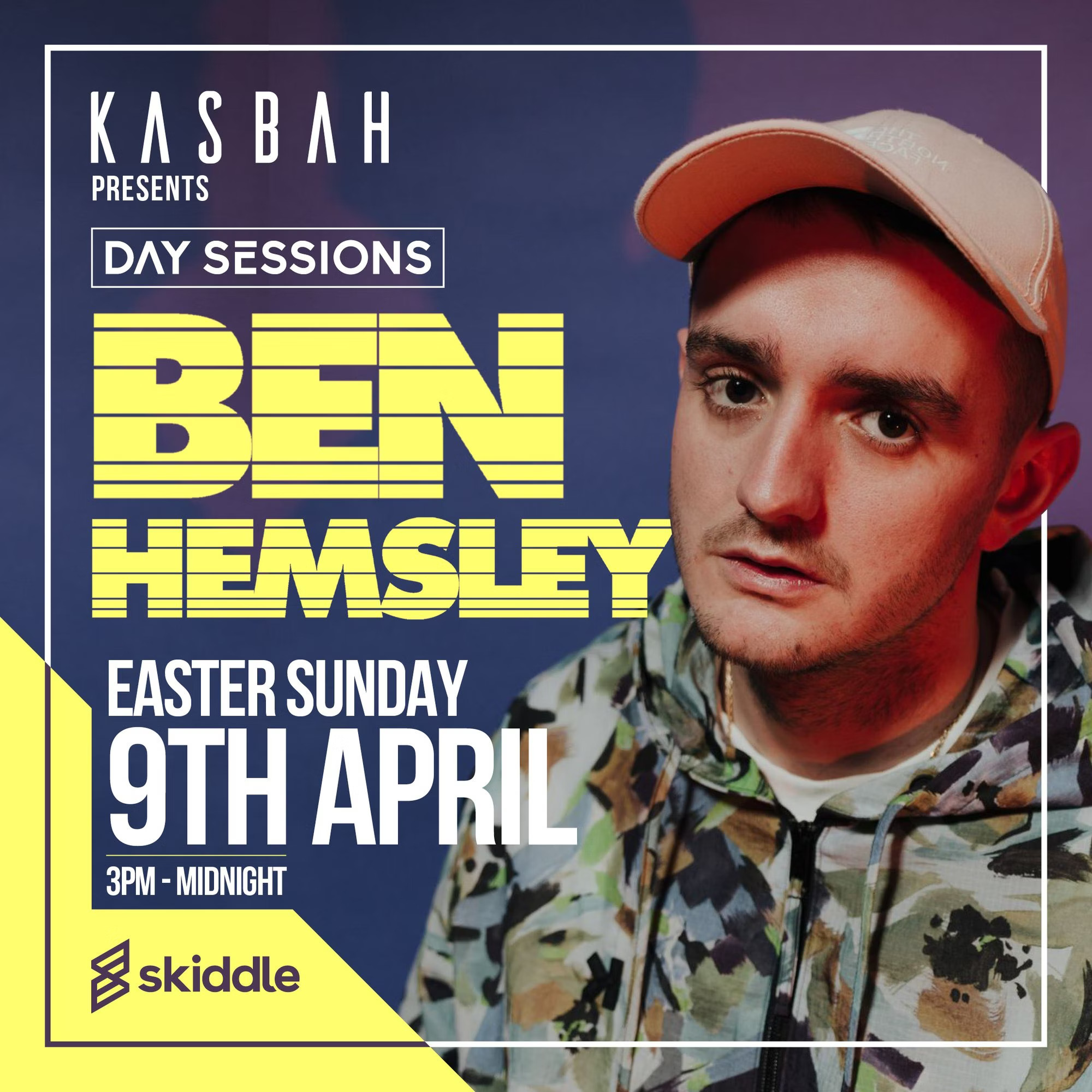 Ben Hemsley, one of the UK’s most exciting new talents in dance music, is coming to Kasbah in Coventry for another massive Day Sessions event that's gonna be one for the Cov crowd to remember.

Without question one of the most hyped DJ acts operating in the UK at present, the Newcastle-based producer made a huge impact when he first arrived on the scene back in 2021 with radio-friendly dance hits, ‘Through 2 You’, 'Bebe Musica’ and ‘Love, Peace & Harmony’. Becoming the poster boy for BBC Radio 1, he's since received an award nod for 'Breakthrough Artist of the Year' at the Radio 1 Dance Awards' and gained 'Hottest Dance Record in the World' status for his track 'Erase Me'.

Now, Helmsley has more than honed his skills behind the decks and is packing out venues across the UK with his luring melodies and flavours of old-school rave nostalgia. You pretty much just have to see him if you're a purveyor of the modern-day rave. 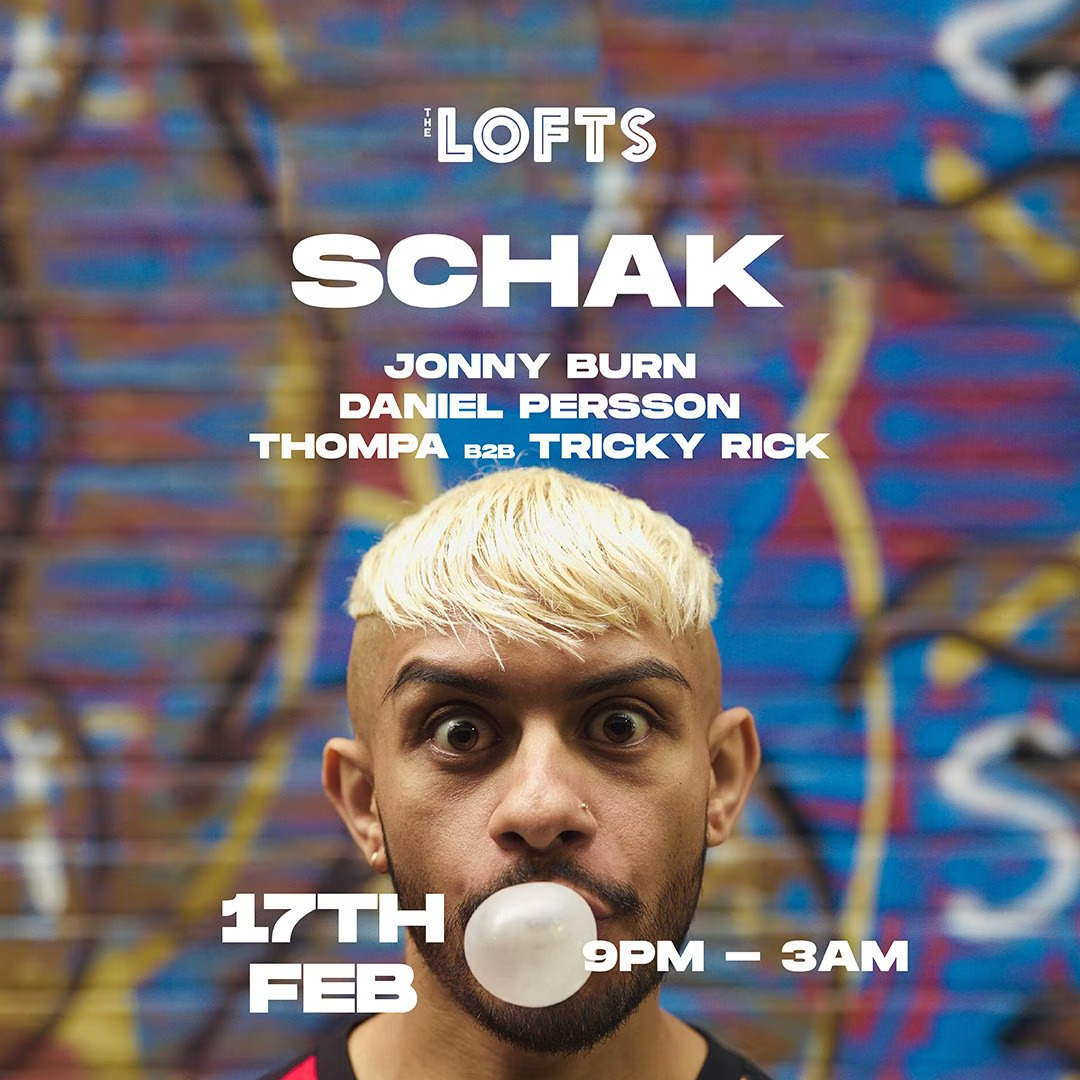 Where: The Lofts in Newcastle Upon Tyne

The Lofts in the Toon know how to put on a proper rave, and do so pretty much every Friday night. However, this time round, it's particularly special, as they are joined by rising North East legend Schak, who returns to as part of his headline tour.

You may have seen Schak on your social media, thanks to his ever-increasingly bonkers guerilla DJ stunts, where he has done everything from DJing on the metro and Newcastle buses to playing St James Park, to now planning on playing an Ice Rink. But on this night, following the success of his huge hit on Trick, he will no doubt have us  'Jumping all around' the dance floor, once again. 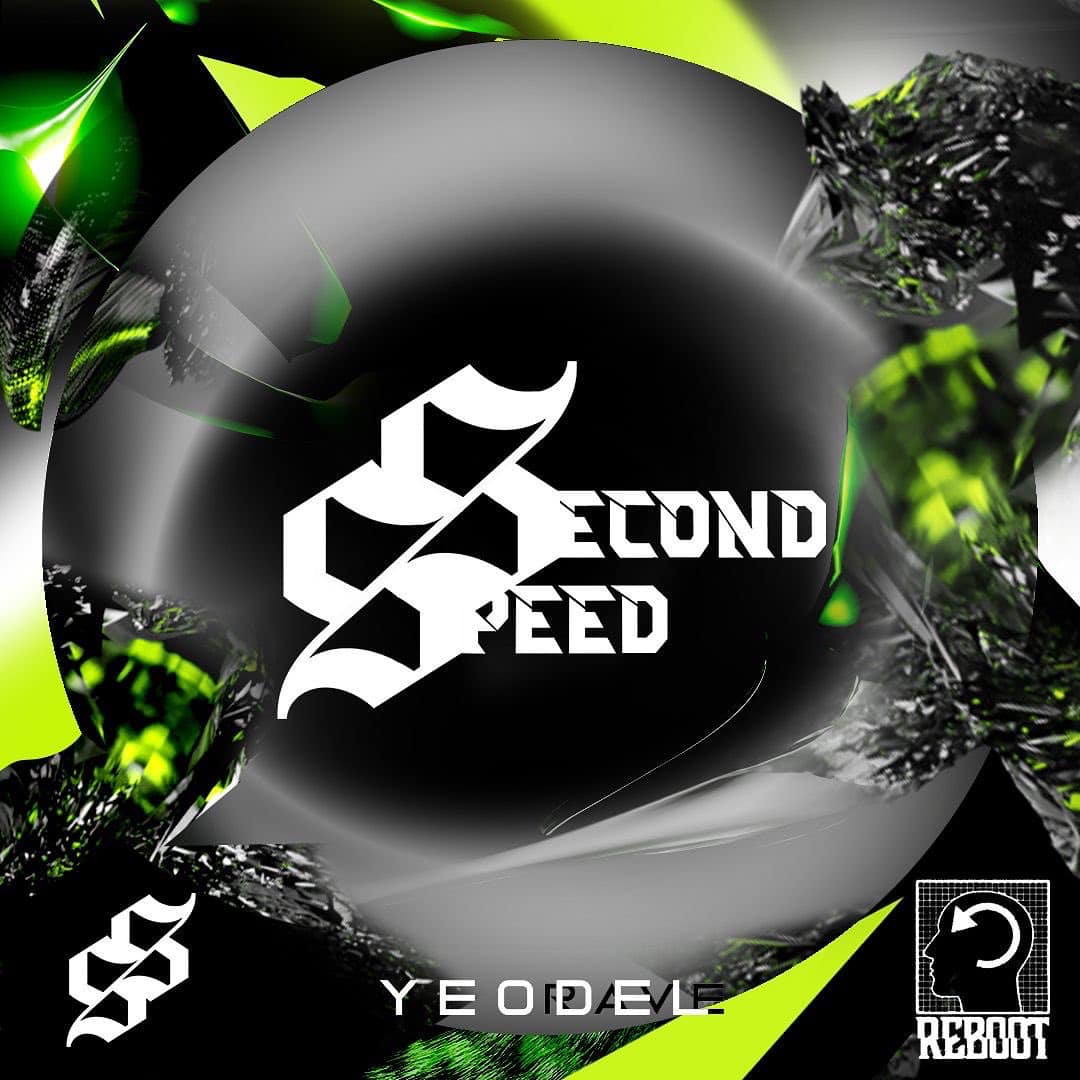 Where: The Lofts in Newcastle Upon Tyne

Another one that's coming to you from the lovely people at The Loft in Newcastle is this night when Blk will be making his debut in the city, and spinning some tunes that'll send the room into a perpetual groove. So, Northeast ravers strap your seatbelts in and come along for the ride.

Alongside Blk will be Jason Cluff, and a range of other reboot DJs, but the team over at Second Speed, who are running the night, have teased that there are still more special announcements to come. Watch this space, this one's going to be one of the very best of the start of 2023. 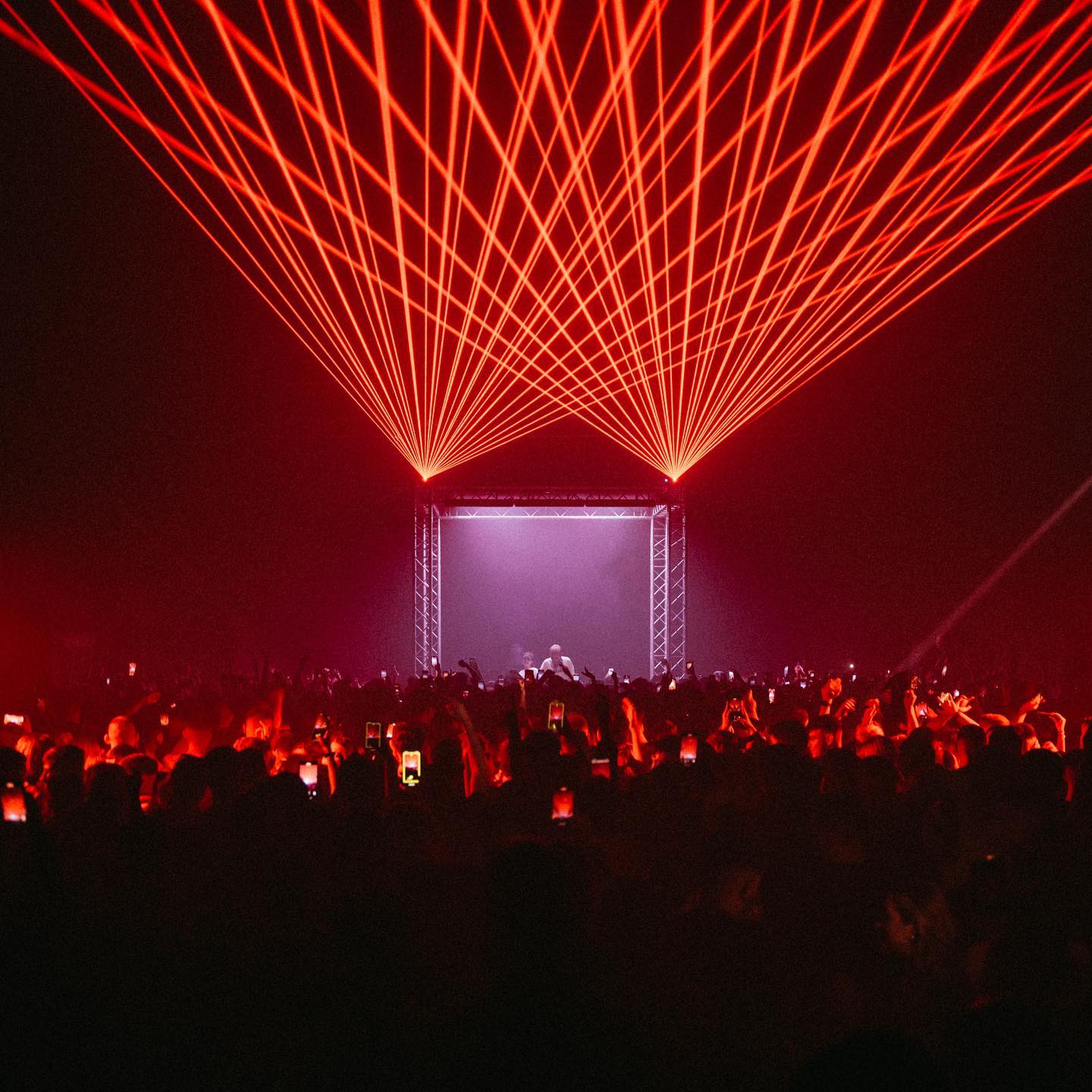 The wonderful people over at Prty are joining forces once again with Rave Alert, to bring you an absolutely crazy, full-power lineup stacked with some of the most insane talents from across the world. This special weekend do will be featuring the likes of AnD, Cassie Raptor, Creeds, Doruksen B2B Per Pleks, DYEN, Flymeon (live), Jacidorex, Sikoti, Stretch B2B DKEN, VCL B2B DXPE, X&Trick B2B Jezza & Jod, and Xynia.

We know that's a lot to take in, but when there are three stages, and seventeen DJs, all under one big roof in the eminently incredible SWG3 in Glasgow, there's only one thing people are going to want to do, dance and party until the birds sing. We'll see you there for this one. 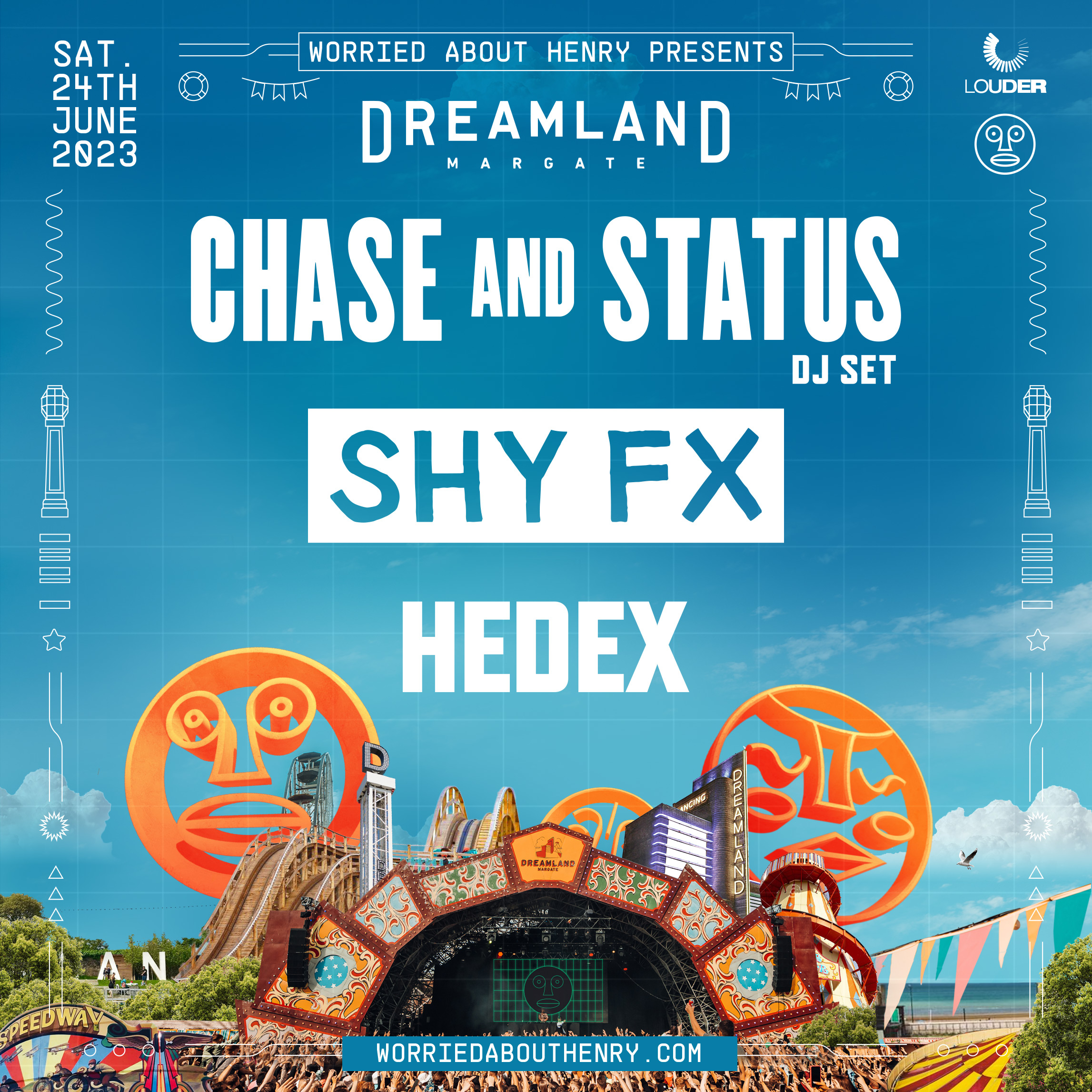 Taking over Dreamland, Margate’s all-you-can-treat seaside entertainment sensation, thousands of Drum & Bass fans from far and wide will find a who’s who of top-tier DJs performing throughout the day, with a dozen artists setting the pace and giving everyone something to skank to.

Worried About Henry made a huge impact on Dreamland’s open-air stage last year, bringing a wicked day of Drum and Bass, sun and excellent vibes from start to finish. This year they are set to send ripples across the ocean as they return with heavy-weight duo Chase & Status for a DJ set, returning legend, Shy FX, and 2022’s hottest new artist, Hedex; plus a wealth of top Drum & Bass artists.

There's a second announcement coming soon, so keep your eyes peeled. but with these three already announced it's pretty much a no-brainer for DnB lovers. Get it sorted! 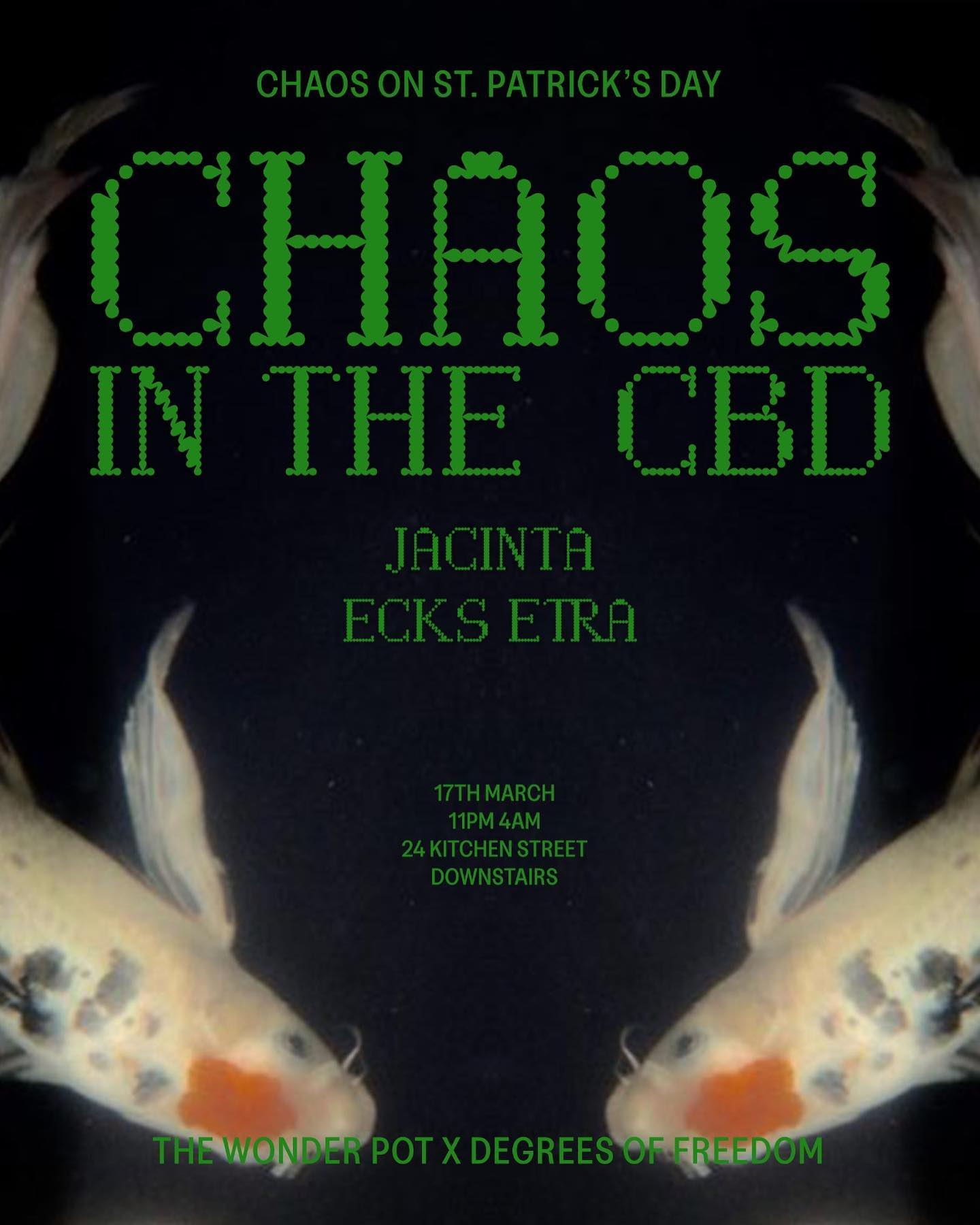 Providing the clover-soaked vibes for this year's St. Patricks Day in Liverpool will be none other than the groovy techno duo, Chaos in the CBD. Heading up to the ground of 24 Street Kitchen, these lads will be setting the vibe, which if their catalogue is anything to go off, will be lo-fi, funky techno, that'll have the whole room in a constant dance.

Brought to you by The Wonder Pot x Degrees of Freedom, this night is almost guaranteed to be a sell-out. So, plan your Paddys day early this year, get your tickets sorted, and be prepared to sink as much Guinness as your body allows. It's going to be the grooviest of celebrations.

Tickets for TWP x DOF pres. Chaos In The CBD 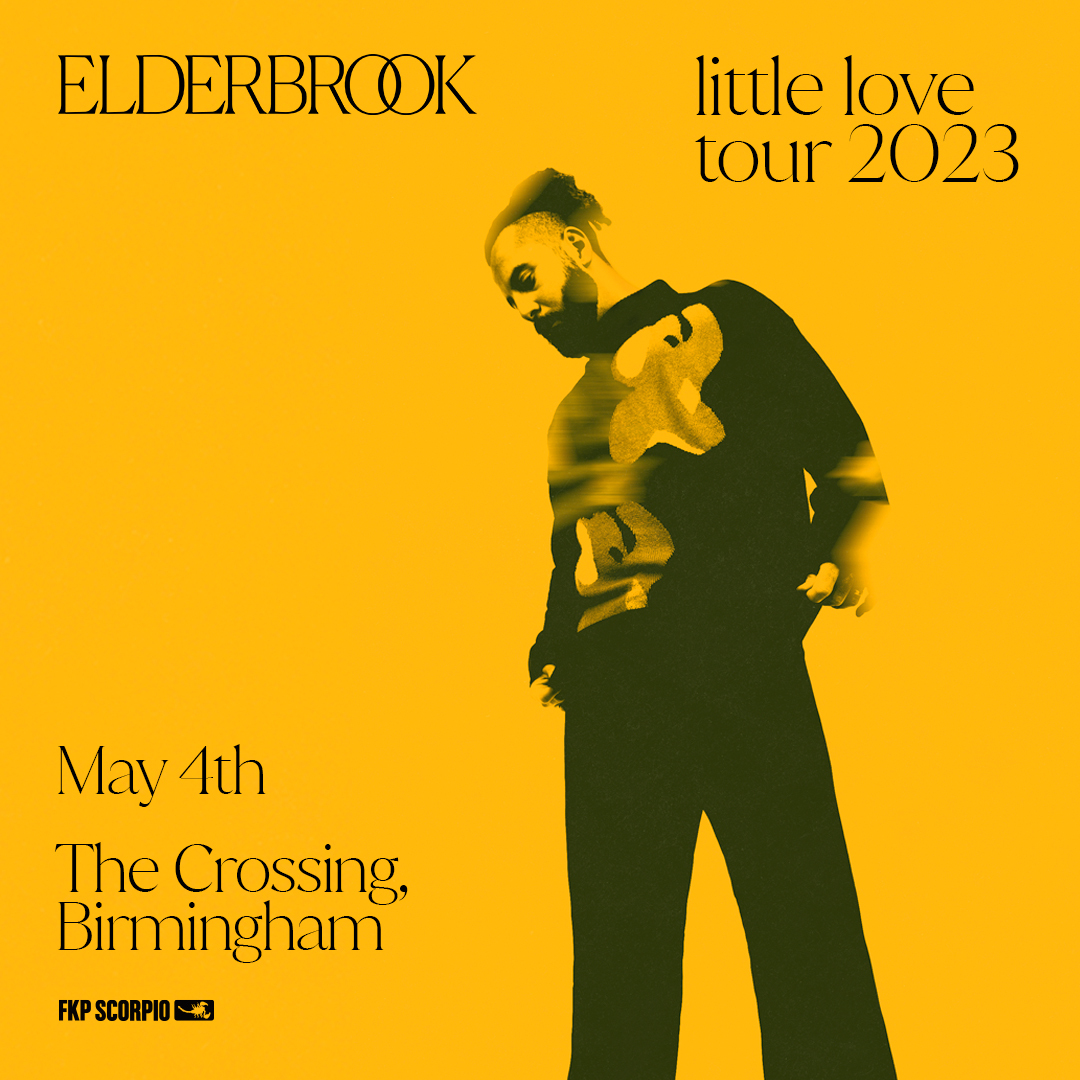 Where: The Crossing in Birmingham

Coming to the hallowed dancefloor of The Crossing in Digbeth is Elderbrook. The 20-year-old multi-instrumentalist is renowned for his hip-hop beats that experiment with movie samples and for using his voice to add a bounce, keeping it minimal, but excavating his own unique electronic hip-hop sound.

Since using these jazz influences to cultivate his signature trip-hop sound Elderbrook has remixed Amber Run, Bipolar Sunshine, London Grammar and more, and to be able to see him work his magic on stage s a true wonder o behold, particularly for you music production nerds.