» News and Features » Morgan Seatree interview: “I didn't realise how much support I actually had"

Ahead of his last show of 2022, we had a chat with up-and-coming Manchester DJ Morgan Seatree about his recent sold-out shows, how he started his label Unfussy, and what 2023 holds for him.

Over the past year, Manchester native Morgan Seatree has been on a meteoric rise. Through his love of all things house and techno, Morgan's penchant for old-school vocals and pumping drums with that classic house feel has already caught the attention of huge names like Richy Ahmed, Folamour, Jamie Jones and Patrick Topping to name a few. Plus, his promising moves in the scene have also caught the eye of industry titans Ministry of Sound, to whom he is now signed.

Not only has Morgan been flying on the music side, but since March this year, the up-and-coming producer has also started his own label, Unfussy, on which he has put on multiple sold-out events as the years progressed. Such efforts are culminating in a huge sold-out show at Manchester’s Victoria Baths on the 3rd of December.

Before his last show of the year, we caught up with Morgan to discover more about his recent success, the challenges of a DJ starting out, the huge sold-out Unfussy parties, and what 2023 holds for him. Scroll down and check it out!

So Morgan, what's happening with you at the minute? How are you doing?

"Yeah, it's mad. The past six months have just gone crazy music-wise. I've been at this since I left school, and it’s been a big learning curve and it's only now, like five or six years down the line, where I’ve started getting noticed. But I’m doing it purely for the passion, I'm just as buzzing about it now as I was when I started."

Taking it back to those school days, what was that real first spark that sent you down the path of producing and making tunes?

"Back when I was in Year 11, you could go to Parklife when you were 16, you didn't have to be 18 like it is now. So we went to Parklife and when I witnessed that I was just like, what do I need to do to be that person on stage?

"So, I started DJing soon after Parklife and pretty quickly realised it's not as easy as you think. But I also realised early on, if you want to have a career in it, you've got to be making your own tunes. The thing is, I didn't really grow up like a lot of other DJs, who have grown up in families surrounded by music, that's not been me. So I really had to teach myself.

"I was on YouTube, just learning and learning, analysing tracks from people who I loved and thinking, what do I need to add to my tunes to make it sound like this? At first, you start off by replicating other tracks until you get comfortable enough to start making your own and that's how it went from there." 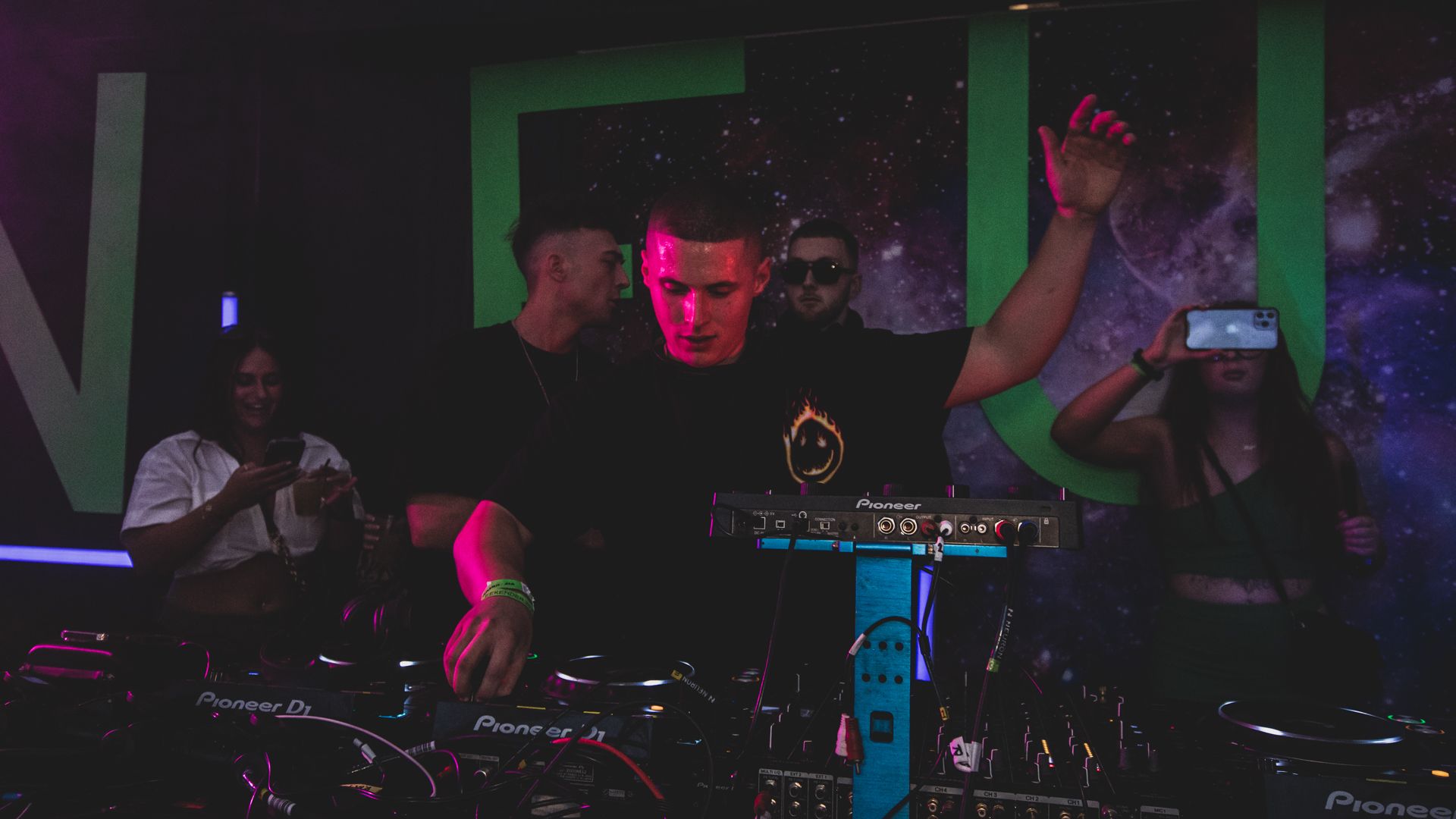 Relatively early on, you got some big support from some big names like Richy Ahmed and Folamour, and now more recently from Patrick Topping. What does that support do for you both like mentally in confidence, and also kind of just establishing those professional relationships?

"It's huge. Folamour especially was a bit of a shock. We put that track ‘Yo DeeJay’ out on Unfussy, and I'd not sent him, I'd never even contacted him, he'd found that himself and played it, which was massive.

"Richy was quite early on and was the first one to play any of my tunes, so that really kickstarted the confidence side of things for me. It made me think like, okay, these tunes that I'm making even if I might think that they’re crap, they're not.

"It all kind of happened at the right time. When I was making the tunes that Richy was playing, it wouldn't have been the right stuff for Patrick. So like if I would have sent those tracks to Patrick at that time, it could have then deteriorated our relationship now.

"Plus, Patrick’s always been someone I've looked up to, but he's found me at a time when I’m the best I’ve been, and really took me under his wing. Since he’s been playing them though, that's when it's really taken off. It just gives you the seal of approval to any followers of Patrick, and that's helped both me and Unfussy massively."

Moving on to Unfussy, what were the motivations behind starting your own label that early on? Why did you not focus on trying to get your music out on established labels?

"The response has shocked me a lot because we've sold out every party we’ve put on. It's just been mad to see because I didn't realise how much support I actually had.

"What I have noticed though is that I’ve got quite a young crowd, mainly between 18 and 20, and that crowd, they look up to you, and they're gonna grow with you as well. That generates word of mouth from the people who come and you need that, it's how you really build something special." 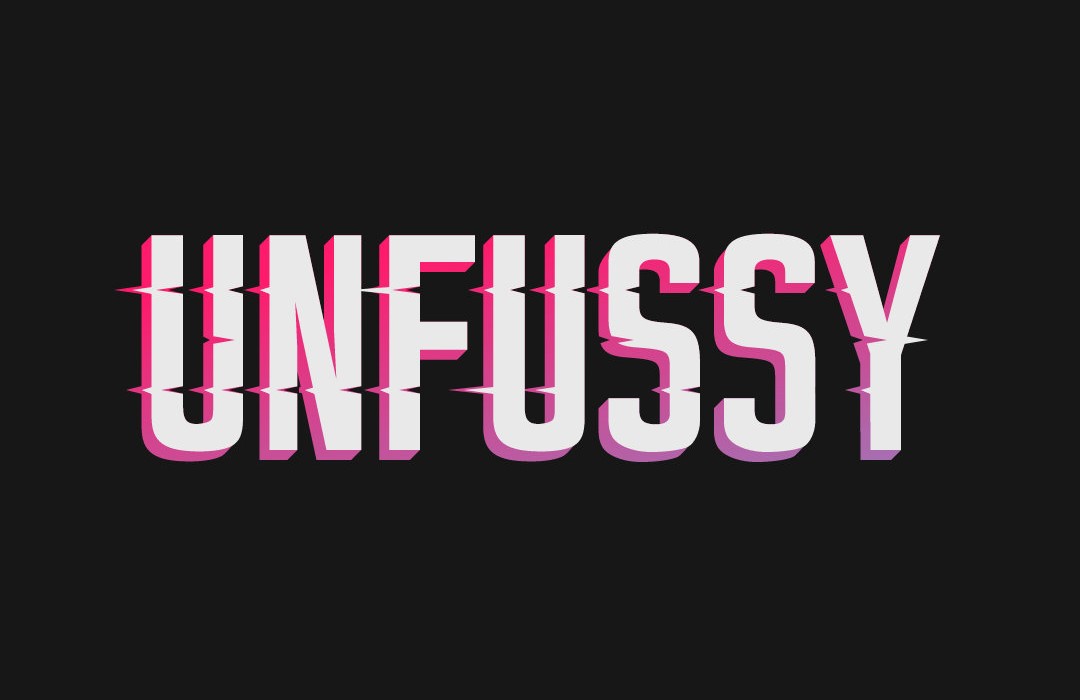 Shortly after announcing Unfussy, you made another pretty massive announcement, which was your deal with Ministry of Sound. That must have been unreal for you. What's it been like working with them? and how did that relationship first come about?

"It all came about so randomly. There's an Instagram page called Tech It Deep, and they post mainly post high-profile DJs playing into big crowds, but they do another thing where you can send them your unreleased music, and they'll post it if they think it's good. Now, I'd sent countless tracks to this page and they’d never posted them. But, I sent this particular track, which I made quite a while ago now called ‘Do Me Baby’, and 20 minutes later they’d posted it.

"After that, we had loads of labels coming to us, but then Ministry of Sound came in and said they loved the tune, and offered me a three-track deal; we’re looking at next summer for those releases.  Everyone was quite a bit shocked when we announced it because even Mums and Dads know who Ministry are from the CDs, it was crazy."

We’d be silly not to mention what you've got coming up in a few weeks, The Victoria baths takeover. It really kind of seems like a culmination of like a special year for you and Unfussy. How excited are you for it, and what can people expect?

"I don't know what to expect myself really, every time I walk into the venue, it makes my hairs stand up.

"As it's the last party of the year, I'm going to be doing a four-hour closing set. it means that I don't have to just play all the high-energy stuff, I can really build through and make it a proper showcase of who I am as a DJ." 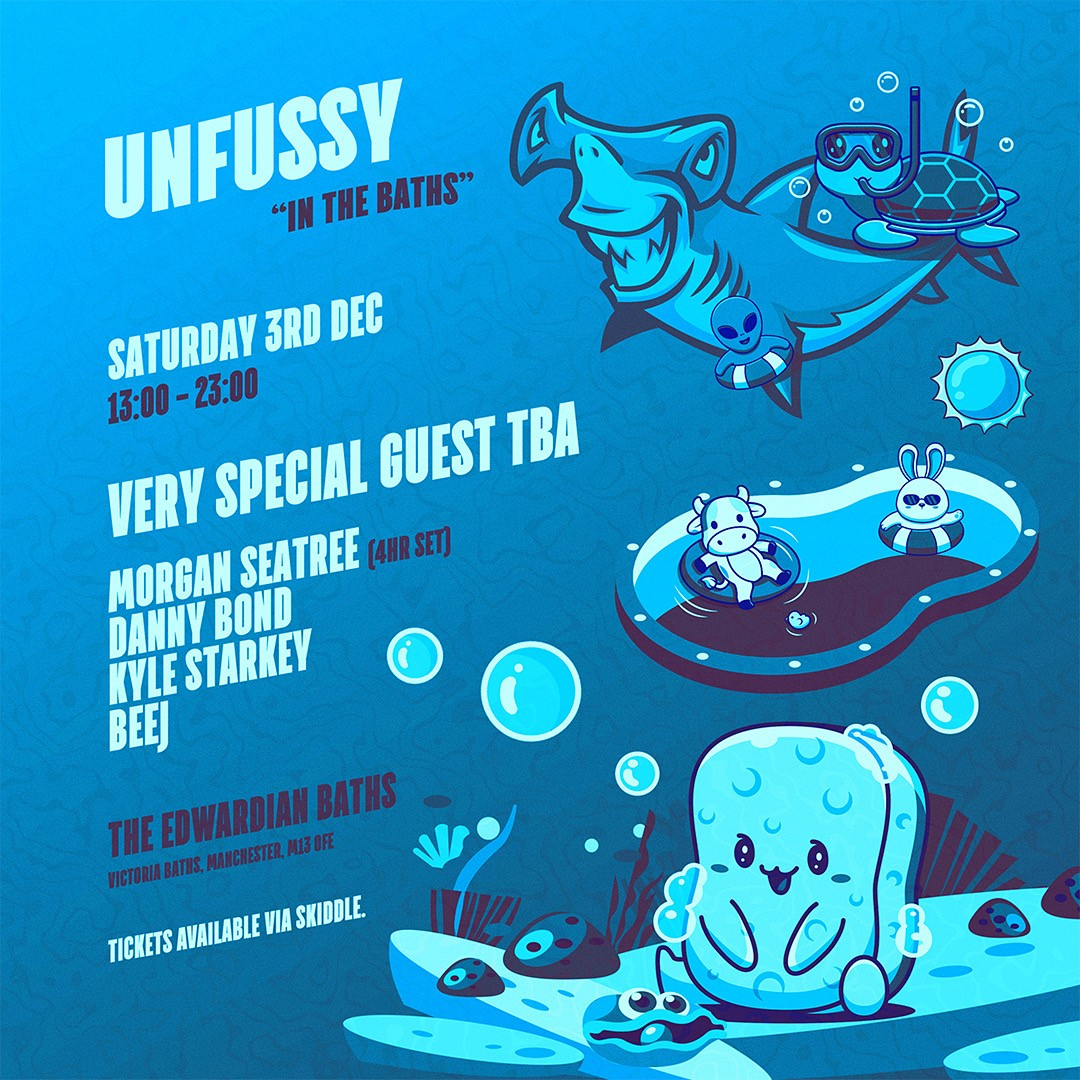 With Victoria Baths being your last party of the year, what's 2023 got in store for you?

"On a personal level, I've got the Ministry releases and a release coming out on Patrick Topping's label Trick. I don't know what’s going to happen when they come out but I've got big goals. I wanna be potentially in Ibiza for a gig, and potentially at a Warehouse Project gig. If I can bag them it’ll be a proper pinch-me moment.

"As for Unfussy, we’re looking to take that to the next level. We noticed with the Baths party, the venue alone sold the tickets. So we’re looking to invest in crazy venues if we can, and there’s potentially a crazier venue than the Baths lined up, and if we can get it, it’ll really put us on the map."

Whilst Morgan Seatree and Unfussy have sold-out all their events this year, make sure to keep an eye out for more events in the New Year by following them on socials to stay up to date.