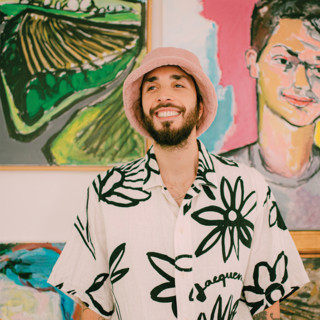 Think uplifting, melodic, disco-infused house music, and you're on the money.

Behind the name is hidden one of the more prominent house DJ/producers out of France; with a reputation for burning the coolest of dance floorsâ€”far and wideâ€”having enjoyed successful international bookings in Germany, Holland, Croatia, U.S.A., and Canada, to name just a few.

As well as being a highly-accomplished technician behind the decks, Folamour is an incredibly well-seasoned producer. The output of the man is simply phenomenalâ€”both in its sheer volume, originality and consistent quality, alike.

Folamour is also manager of exclusive record labels, FHUO and Moonrise Hill Material; the latter of which, he has released his debut album, 'Umami'.

'Umami' is an ode to his love of Japanese culture and infuses tastefully-added house samples, organic drums, disco swing, and future jazz, all in a neat, nine-track package. This is a sound well-placed both on the club dancefloor and in your living room.

Folamour has been mentioned in our news coverage

Things to do in Cardiff this Christmas

Here are the latest Folamour mixes uploaded to Soundcloud.

Do you promote/manage Folamour? Login to our free Promotion Centre to update these details.