It takes a very special sound to spread across continents, span experiences and cut through social standings. In short, universal tones are pretty hard to come by.

When Motown Records was established in 1959, it catalysed a burgeoning genre that still has movies made about it today. Movies set in Manchester, one of the capitals of that canon, situated thousands of miles from where the style was conceived - pre-streaming, downloading, or quickly skimming Facebook.

Needless to say, then, we’re all familiar with Martha Reeves who, with the Vandellas, helped catapult the cult of Detroit’s R&B revolution onto a global stage. Name-checking 'Nowhere To Run', 'Jimmy Mack', 'Heatwave' and 'Dancing In The Street' should clarify things if needs be. But that’s only part of the story.

Since 1972, Reeves has been flying the flag for herself, getting inducted into halls of fame, clocking up far too many air miles, and selling out venues across the world, whilst also finding the time to face the music industry head on. Filing legal action again Tamla for withheld royalties alongside original Vandellas Rosalind Ashford and Annette Beard in the late-80s, she still fights for artists’ rights today. Oh yeah, and she held a seat on the Detroit council until 2009.

Quite the formidable character, she plays Manchester’s Albert Hall on Saturday 22nd July, and we had the opportunity to call her on the eve of Independence Day. We did, so without further ado, ladies and gentlemen, Miss Martha Reeves.

Hi Martha, how are you today?

I’m good, it’s July 4th tomorrow, people are off work, and there’s a spirit of holiday in the air. It’s a good place to be.

What do you have planned for the 4th then?

I don’t have any plans, I’ll see where the day takes me. I live in downtown Detroit and there’s a lot of excitement in the area so I’ll just absorb that, I have no serious plans.

And how has your summer been so far?

OK. OK. We just came home from England, we played London, so we’re just happy to be home before turning right on round and coming back over to you.

Oh, it’s a good time in my life, the music seems to get better and better, and people are celebrating with us more and more. It’s a great, great time.

How much of that is down to you being so experienced, and how much is it a good time for music in general?

It’s like good wine, Motown, it gets better and better with age. We got people with their grandchildren coming to our shows and enjoying it. That’s what I like about Motown, it makes people happy, with lyrics that encourage us to continue. A good celebration, every show.

And it’s your birthday next month?

Yes, I’ll be 76. And still ticking. Someone asked me ‘Will you retire?’ I said ‘Never’. I’m like a bird, I’m going to sing until I fall off the perch. I’m just going to enjoy it. It’s a gift from God, it makes me feel whole. If I haven’t done a show or sang anywhere, I feel I haven’t served my purpose for the day.

So what are your birthday plans?

I’m having a celebration, August 3rd, here at the Roostertail, one of the showplaces we grew up with in Detroit. We did a live recording there in conjunction with the Twenty Grand Club, and it’s like going home. They have been kind enough to extend a welcome so I have the entire facility, multiple floors, and a great, great reunion with people who have supported us and made us famous here in Detroit.

You’re playing Manchester this month, Albert Hall is another spectacular venue. Have you been?

Yes, we have. It’s a fine facility, the acoustics are perfect and we always have good music there.

Manchester is a little like Detroit - a formerly industrial city, mixed fortunes economically. Detroit has had some very negative press recently, how is the city today?

I don’t understand your comment. It’s had it’s ups and downs, but then has always been a wonderful place. Every city has people moving out, people moving on, I sound like The Temptations, don’t I...

We’re having a good time, though, in the city. It’s a great place to be. It’s growing, a stadium is being built for soccer, we got a hockey team, brand new downtown facility to host our own basketball team, it’s turning into a sports centre. Things are being built all over. Highways being worked in, it looks good.”

Do you watch much soccer then?

Not really. I know people are excited about the field, though, it’ll be a first of its kind, close to the other facilities. We got Comerica Park, Ford Fields, and the new soccer stadium. We played soccer as long as I can remember, in Belle Isle, now it will be inside, and it will be just wonderful. All weather- spring or fall.

You were involved in Detroit’s politics directly, as a councilwoman. What made you run?

Well everybody should learn what politics is all about - rules, laws, government - to understand what one has to go through to be a citizen. I wanted to find out how the government could continually tax entertainers. We have every bit of it taxed, even money we don’t get to hold in our hands.

And that’s been one of my concerns. So I went into the books to find out if something could be done about that, for entertainers. So being in politics was a personal matter, but because of my world travels, I was also able to bring a lot of interesting points to the table. Let them see the other side, not just being a citizen, but ambassador and activist.”

Did the experience teach you anything?

I learned people will be critical of your travels. I didn’t stop singing, but most of my engagements were during recesses and on weekends. I would leave Friday, and return Monday. So my attendance record compared to other councillors, who weren’t travelling and having two careers, was about even. And I brought a lot to the table.

Doing both must have been pretty exhausting?

No. It was great. Absolutely wonderful.

So at 75, where does the energy come from?

Performing is very exciting. It’s something that I look forward to. It’s my life, I’ll never tire of it. Travelling is something you adjust to. I have over one million miles on Delta frequent flyers. So I’m a real good road dog. And a real good performer when it comes to energy levels. I always get a real excitement whenever there is a chance to express our Motown freedom songs that have put a dent in the hearts of millions and travelled worldwide. You don’t think tired, you think excited.

You’re still involved in the artists’ rights issue. Overall, have things improved since you first started out?

It still needs to be repaired. America does not pay it's artists when their records are played on the radio. Never has passed the bill initiated by Frank Sinatra way back when. We’ve been to Congress several times with the organisation I’m involved with and have sat on the board of for several years, Sound Exchange. It’s making a difference with royalties and artists getting compensated for their hard work. In England, artists get paid for radio. We don’t reciprocate in that way, there’s nowhere to send the revenue so it can go back into funds for artists. But it will be rectified.

For young artists, coming through now, what are their-

Well it’s not all musicians. Some is made electronically and there’s a big difference The quality, longevity.

Are there any young artists that have stood out to you? You were in A&R for a while?

I’ll be honest, there’s a hip-hop generation and a rap generation that I haven’t investigated or taken a liking to.

How about new soul, or jazz?

I’m not in the position, I’m not involved in Artist & Repertoire anymore. I’m happy and settled producing my own music. I’ve made two albums now, so working my own point and expressing things dear to my own heart. I’m working on Jesus Is The Reason at the moment, it’s released and I’ll be seeking distribution. The industry has changed. We’ll be singing new songs from that album in Manchester. 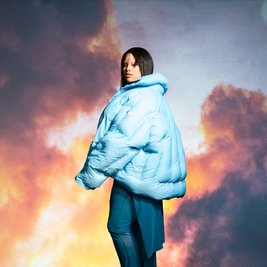 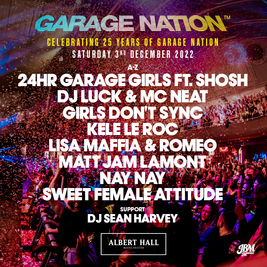 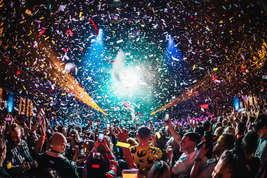 90s Baby take's over the Albert Hall for a New Years Eve extravaganza! This is a NYE not to be missed 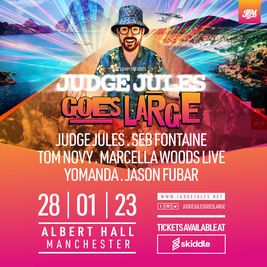