We sent Tiernan Cannon to see Wunderhorse perform in-store at Rough Trade East, in support of their latest album - Cub.

It was a bitter night. When I arrived at Rough Trade East in Shoreditch, there was already a long queue snaking along the path outside. Ordinarily, I wouldn’t have thought anything of it but before I’d left the house that evening I’d held my big, woolly jumper in my hand and thought to myself, ‘No, leave it. It’ll be roasting inside that place. You’ll regret bringing it.’ A terrible miscalculation to make within the dark, icy depths of a British January.

I was let off the hook by the queue mercifully moving quickly, for which I can only be grateful to the venue. A more vindictive bunch may have taken pleasure in watching all these hip, hot music fans shivering out in the cold, smoking rollies just to stay warm. As it was, we passed inside with minimal fuss.

We were here to see Wunderhorse, who were doing an in-store performance and record signing in support of their album Cub, which came out on Communion Records last October. It’s a lovely little record, tinged with Americana and melancholy, but I’d only initially listened to it out of a curiosity after hearing their name. It’s quite pleasing to encounter a rock ’n’ roll group with a name that, rather than evoking a sense of grit and sleaze, conjures an image of a beautiful stallion, showing off an exquisitely groomed, glistening white coat. A true wonder horse. 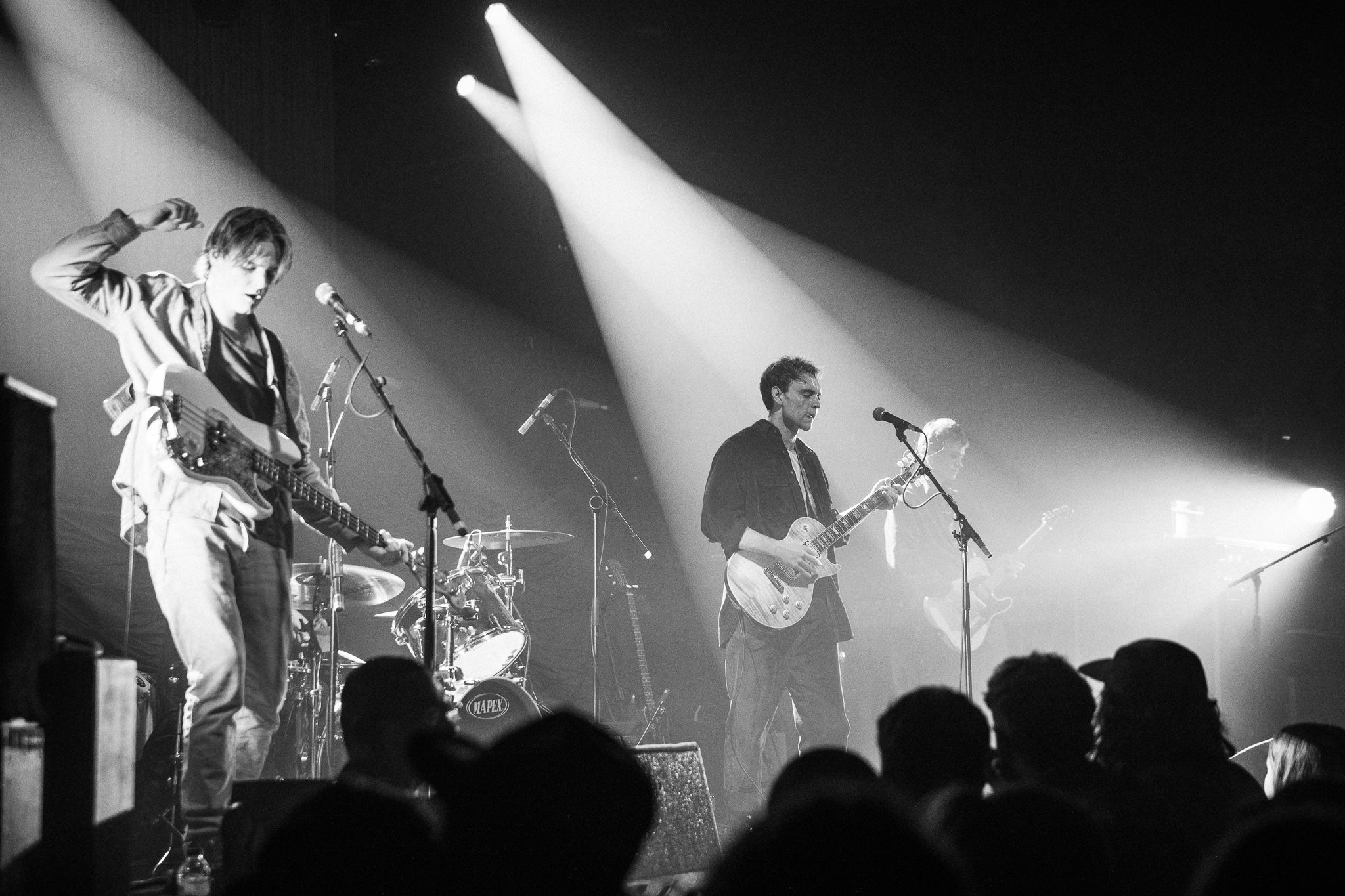 As the capacity crowd of 300 people continued to drip inside the front door, I wandered around the venue. A record store by day, the room was lit now with a strange red hue, with two enormous disco balls spinning from the ceiling making everything seem more romantic. Several Idles songs were pumped through the PA.

I went to the bar and ordered a can of Red Stripe. I'd remembered this drink tasting better when I’d last had it, maybe in 2015. Whether the quality of the drink had declined since then, or my tastes had become jaded, I couldn’t tell. I quickly sank it all the same and ordered another.

With this second can making me feel relaxed, I began to listen in on the conversations of the musos around me. It seemed everyone was talking about drummers. I noted that not a single person I could see was wearing Doc Martens, even though five or so years ago about half this same crowd would certainly have been dragging those big cumbersome boots around. How fashion ebbs and flows.

These were the sorts of pointless thoughts I was lost in when the band walked on stage around 8 p.m. I hadn’t noticed until the hip, hot people around me had started cheering. I snapped out of my reverie to find the band’s frontman, Jacob Slater, staring out at us all. A wry smile crossed his lips, and we were off.

They began with a psychedelic number called 'Poppy'. I was feeling sleepy and I got the impression much of the crowd was too, so it was pleasant to be eased into the swing of things with a floaty song like this.

Wunderhorse’s tunes can reach a frenetic pitch at times but they are always anchored by an underlying relaxed, wistful quality. They veer into early Radiohead at times. They can sound like Elliot Smith. Especially on the song '17', Slater’s vocal performance is plainly reminiscent of John Martyn on his 1973 record 'Solid Air'.

In the middle of the set, the band played the song 'Purple'. This, Slater explained, was the first time they’d ever performed it live, a fact he himself seemed baffled by. Out came people’s phones to record the moment.

Towards the end of the roughly hour-long set, we saw a couple of nods to other songs. As they launched into a tune Slater told us was new, he started to sing what sounded like 'Somewhere Over The Rainbow'. Before playing 'Leader of the Pack', one of the band members — perhaps the bassist, but it was hard to tell because of how low the stage was — started singing "Sweet Home Alabama”, which was gratifying because I hadn’t been sure if everyone else heard how similar the riffs between those two songs are, or if it was just in my head.

The gig ended without an encore. The set was pleasantly short, leaving me feeling satisfied and warm. I didn’t stay for the record signing, and when I stepped outside the venue, I didn’t notice the cold so much. I made my way home, happier than when I’d left.

Keep up to date with the latest Wunderhorse news and find tickets to their upcoming shows by tracking the artist here.

IVW 2023: Our pick of the best gigs happening across the UK