Coronavirus update: View cancelled events here
» News and Features » Glastonbury 2020 (at home) - how and who to watch this weekend

The Coronavirus pandemic might have dashed many a Glastonbury dream this year, but that doesn’t mean we can’t still soak up a few Worthy Farm vibes this weekend.

Organisers of the world’s greatest music and arts festival have teamed up with the BBC to offer ‘The Glastonbury Experience’ from Thursday 25th to Monday 29th June, with a special dedicated iPlayer channel streaming some of the best Glasto performances and highlights from over the years.

From Oasis’ rarely seen festival debut on the NME Stage in 1994 to The Chemical Brothers’ electric set in 2019, the BBC will air over 50 performances across five days, marking the 50th anniversary of the legendary festival.

Full performances to be aired across the weekend includes sets from Coldplay, David Bowie, Beyoncé, JAY-Z, Adele, Coldplay, Amy Winehouse, Nick Cave & The Bad Seeds and loads more. You can see the line-up (so far) below:

We’ve cued up some of Glastonbury’s greatest sets into this schedule for you.

📝Which 3 are you definitely going to catch?

And there’s more... as well as all this there will be 100 sets on iPlayer and even more on BBC Sounds, TV and Radio. #Glastonbury2020 pic.twitter.com/FFUagsbG2r

As well as via the iPlayer, BBC Two and Four will also be screening classic Glastonbury performances across the weekend, while on Thursday BBC Four will air Julien Temple’s 2006 acclaimed Glastonbury film.

Jo Whiley and Lauren Laverne will also be getting involved on BBC Radio, presenting interviews and highlights on Radio 2 and 6 Music, while the BBC Sounds app will offer a selection of archive performances.

The V&A Museum also recently revealed a week-long online celebration of the festival, making available a special section on their website full of Glasto memorabilia, photos, footage, artworks and more. 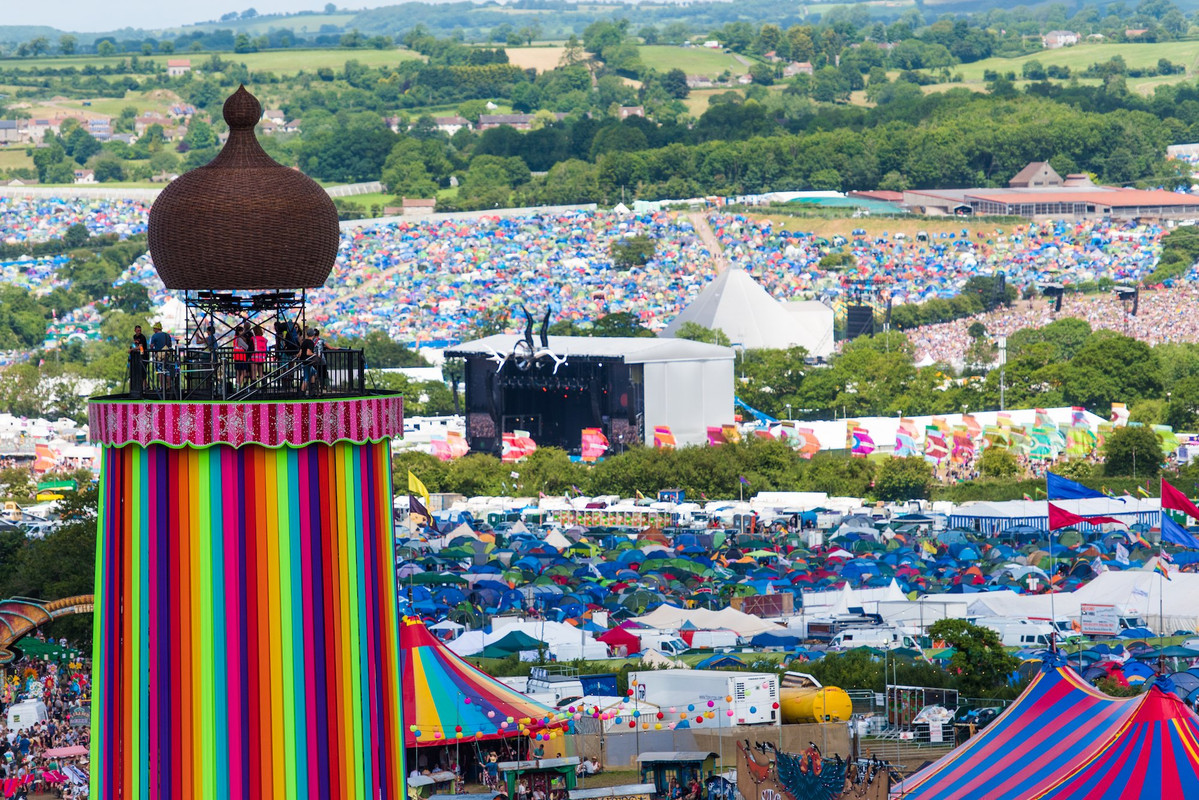 There have been rumours that a live broadcast from Worthy Farm may still take place this weekend, with several ‘Special Guest’ slots left free on the line-up.

Until then, here’s five performances we’ll be making sure to catch this weekend...

Bowie’s 2000 performance will be shown in full on TV for the first first time at 9pm on Sunday on BBC Two. Hailed as one of his best ever shows, Bowie nearly didn’t make it to Worthy Farm, falling ill with laryngitis earlier in the week. Thank god he did.

Widely regarded as one of the slickest Glastonbury performances ever, Queen Bey headlined the Pyramid Stage in 2011 with her first and so far only Glasto appearance. And what a show: fireworks, hydraulics, inch-perfect choreography and absolutely all of the hits.

Two months before the release of Definitely Maybe, and the frontman of the little-known Manc band struts onto the NME Stage and says to the crowd: “Are you gonna wake up then yeah? Yeah? Some real songs.” Wake up they did.

Big Mike well and truly did the business on the Pyramid Stage in 2019, with an incendiary performance high on emotion and packed with massive tunes like 'Shut Up', 'Vossi Bop' and 'Blinded By Your Grace'. Dressed in a now iconic Union Jack bulletproof vest designed by Banksy, Stormzy stole the show and the headlines, with one of the finest performances of not just that weekend, but in living memory too.

Four years prior to her tragic death, Winehouse delivered the most flawless of her multiple Glastonbury performances. The highlight? Has to be her cover of Toots and the Maytals' ‘Monkey Man’.

Find out more about this weekend's virtual Glastonbury festival here and on the BBC here.