» News and Features » Five of the best: Exit Festival

The monolithic Serbian festival returns this summer between July 12th - 15th and once again has attracted a stunning line up; we've selected our favourites from it.

As one of the jewels of the European festival circuit, Serbia's Exit Festival grows in stature with each passing year. Famed for its huge dance and live music line ups housed in an 18th-century fortress on the banks of the Danube, Exit Festival has once again delivered for 2018, with a hefty showing of musical greats making the pilgrimage to Serbia from July 12th - 15th.

Last year an additional day, that featured a massive headline slot from none other than The Killers, made the temptation to dig out your passport and immediately book a flight to Serbia almost unbearable.

The EXIT festival 2018 line up, makes the prospect even more enticing so whilst dreaming of sunnier climes, we've picked out the five acts who are set to shine in Serbia.

His father Bob needs no introduction, and as the son of the greatest reggae artist of all time Ziggy has done the Marley name proud with his forays into music. Penning a raft of reggae studio albums himself, Ziggy Marley has well and truly followed in his father's footsteps to continue to spread love through the joy that is reggae music.

His show at EXIT will be truly spectacular, and if his 2017 live album We Are The People Tour is anything to go by, fans are in for a treat when Ziggy takes to the stage in Serbia.

Whilst his more meticulous productions suit more intimate surroundings, Craig's status as one the dons of house and techno makes him a must-see Dj at any event.

The Detroit master is tailor built for huge festival stages, with his emotion-drenched synths and sonorous techno the perfect fit for the hedonistic sessions that define the dusty stages at Exit.

Bristol punk rockers Idles dropped their long-awaited debut album Brutalism to critical acclaim last year with fans in the form of BBC Radio 6 Music's Steve Lamacq and indie outlets such as Drowned In Sound, Line Of Best Fit and Loud and Quiet.

the band toured Brutalism hard in 2017, and supported The Maccabees on the London shows of their farewell tour, followed by several festival appearances throughout Europe, and began working on their second album which is due to release in the second half of 2018.

Having exploded on the scene from seemingly nowhere, Helena Hauff is now a widely regarded as one of the finest DJs of her generation, if not one of the most enigmatic. An analogue purist, she has made her mark as a gifted DJ and a producer in her own right.

With her niche yet irresistible brand of dark, acid tinged techno and electro, she translates her punk, anything-goes attitude to a live performance that is unpredictable and unforgettable in equal parts.

A world-renowned DJ who needs little to no introduction, Eric Estornel aka Maceo Plex is one of the most praised house and techno producers of all time. He has released club-defining tracks on Crosstown Rebels and Drumcode, whilst running his own successful Ellum Audio imprint.

His sets are characterised by soaring, atmospheric techno cuts and battering, distorted house. Truly one of the game's best selectors, a festival is the perfect opportunity to catch Plex at his best. 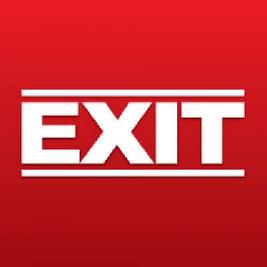