DJ Harvey and friends at Ministry of Sound review

DJ Harvey marked his return to Ministry with an eight hour set. Gwen Angood was there to review the action.

The only marathon we were keen to take part in in London last weekend was an all night session on the dance floor with a man who thousands proclaim to have never really 'come of age' in the music sense until they have witnessed him play.

DJ Harvey was certainly the main attraction that lured us down to the capital, however he ensured that we would also be enthralled by his very own selection of guest DJs for the night – a sublime gathering of friends who would ignite every corner of Ministry of Sound and keep it bubbling until sunrise.

The mood upon entering the venue was frivolous, especially when greeted in the heart of the club, 103, by a hoard of people going off like a rocket to the Joey Negro's Sure Short Mix of Karen Young's 'Hot Shot' (below), the trademark piano intro hitting you like a disco wrecking ball and sucking you straight into a salsa.

Terry Farley and Maurice Fulton were responsible for this frenzy, where for the majority of the night the bar evolved into a crazy space of house classics, old school grooves and disco delights. Joined later on by Awesome Tapes From Africa, 103 was the place to be if you wanted to shake down and loosen up on the dancefloor.

Revelers started queuing for drinks, but giving up half way in awe of the overwhelming need to dance to tracks they could not resist such as Ce Ce Penniston's 'Finally' and the devilishly funky 'Everybody Be Somebody' by Ruffneck ft. Yavhan.

Ministry regulars amongst us agreed that this was the best we'd ever heard in the bar and that the atmosphere was on fire, especially at around 1.00am when the whole vibe resembled the energy of Rulin' back in the 90's  (where DJ Harvey held a residency) and the legendary Ministry of Sound Sessions in Ibiza during the early 00's.

Pumping, jacking house hooked you in and kept you dancing. African beats and tribal chants later on had us mesmerized and moving rhythmically across the floor. It was impossible not to be in love with 103 on a night like this, and had it been the only room on show, we'd have been overjoyed.

But this was indeed just a fraction of the delights curated by Harvey, who was dominating The Box with his unmistakable presence just around the corner. It's almost impossible to relay with words how immense the sound emanating from The Dolby Atmos Sound System is in the main room.

Gathering our faculties, we observed Harvey taking complete control of the sound as the dancefloor was drenched in sexy, minimalist red lighting all night long. There was no need for a fuss. It was clear that Harvey was going to let the music do all the talking tonight.

In a spectacular downtempo fashion, we felt our hairs stand on end as the sound of strings engulfed the room. You could feel the hit of the piano keys and the earth was actually vibrating to the bass of the beautiful 'Ancora Ancora Ancora' (Severin & Nico de Ceglia mix) by Roisin Murphy (below).

The crowd was increasingly composed of the older generation, perhaps salwarts of Harvey's Rulin' days of the past. All smiles, they appeared content and in awe as they lost their minds to this wonderful slow-boiling cocktail of masterpieces served up by a man who knows how to play records like very few on this planet.

The younger contingent within the crowd were maybe experiencing a new aspect to their dancefloor adventures, some bewildered as to how a downtempo set such as this could actually whip people into a frenzy. The pace remained the same throughout, with a 100% solid selection of tracks from Harvey. Magically, the sound evolved minute by minute into something new, moving without realisation through the genres in a seamless blend of sound.

Well into the early hours of the morning, The Box was still packed full and the energy in the room was flowing. Something akin to a spiritual moment occurred as Harvey dropped 'I Like You by Phyllis Nelson into the mix as we approached the 3am mark.

DJ Harvey got it right. Continuing until 7.00am, he didn't fade for a second. He taught us how to respect music, listen to it carefully and dance to every tiny rhythm. It was privilege to spend a night in his company, a living legend, a true connoisseur - Harvey Basset provides a level of escapism beyond comprehension. 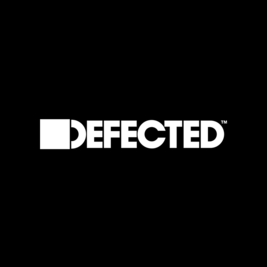 Defected returns to Ministry of Sound. 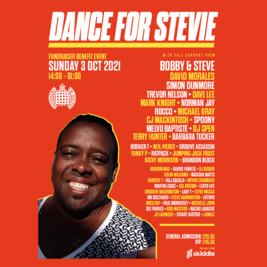 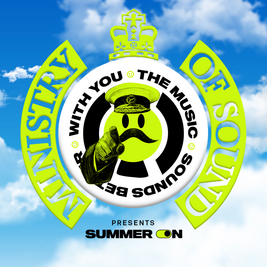 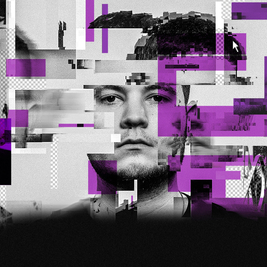 Bass heavyweight Skepsis has announced his biggest ever headline show, at the iconic Ministry of Sou...