» News and Features » Cheap places to eat in Birmingham

Cheap places to eat in Birmingham

Skint but dying to go out for some unreal food? Here are some brilliant cheap places to eat in Birmingham, so you can get your munch on without hitting your overdraft.

But no worries! There are loads of cheap places to eat in Birmingham, so you can enjoy some tasty food and not have to tidy up all without breaking the bank. Check them out below! 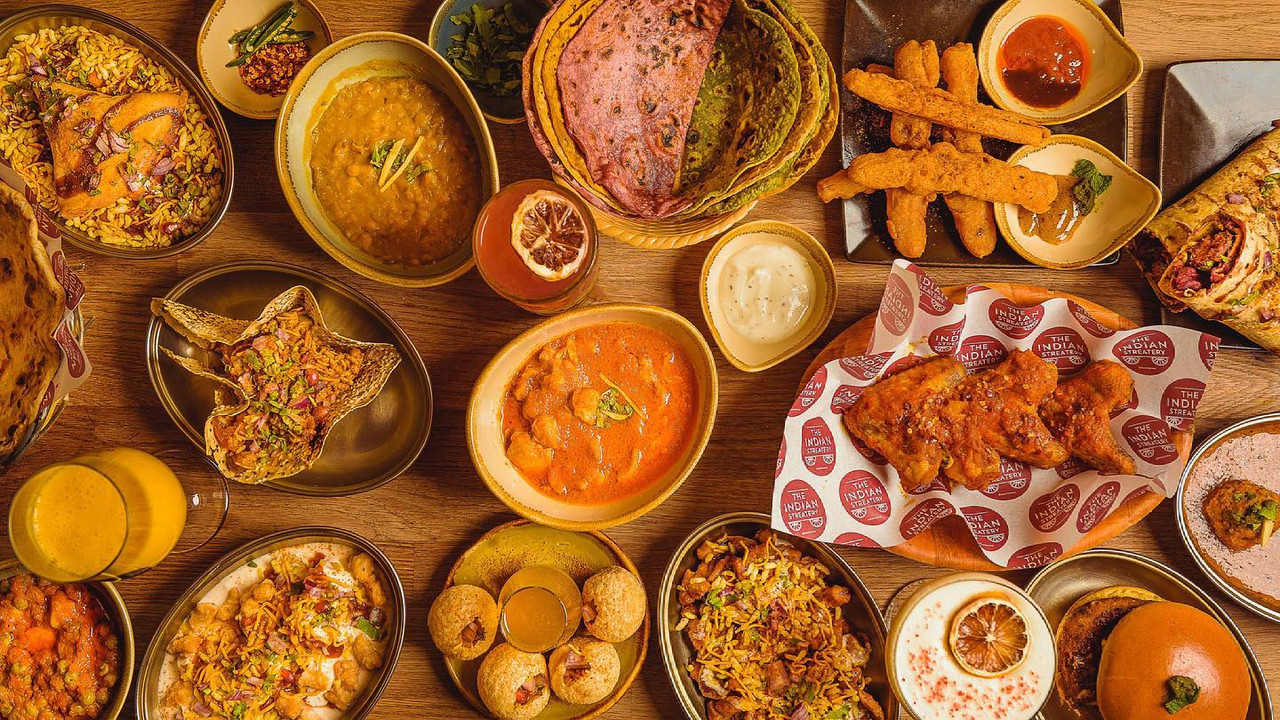 Where: 21a Bennett's Hill, Birmingham B2 5QP

Birmingham isn't short of delicious Indian restaurants to try, but The Indian Streatery is something else. Starting out as a family of street food vendors, the family's food quickly became one of the city's favourite spots. Fast-forward to the present, and they're still firm favourites in Birmingham but with a beautiful street food restaurant. They have a grab-and-go lunch menu for lunchtime at work, cocktails, and lots of delicious, affordable dishes. Most of the menu is under a tenner! 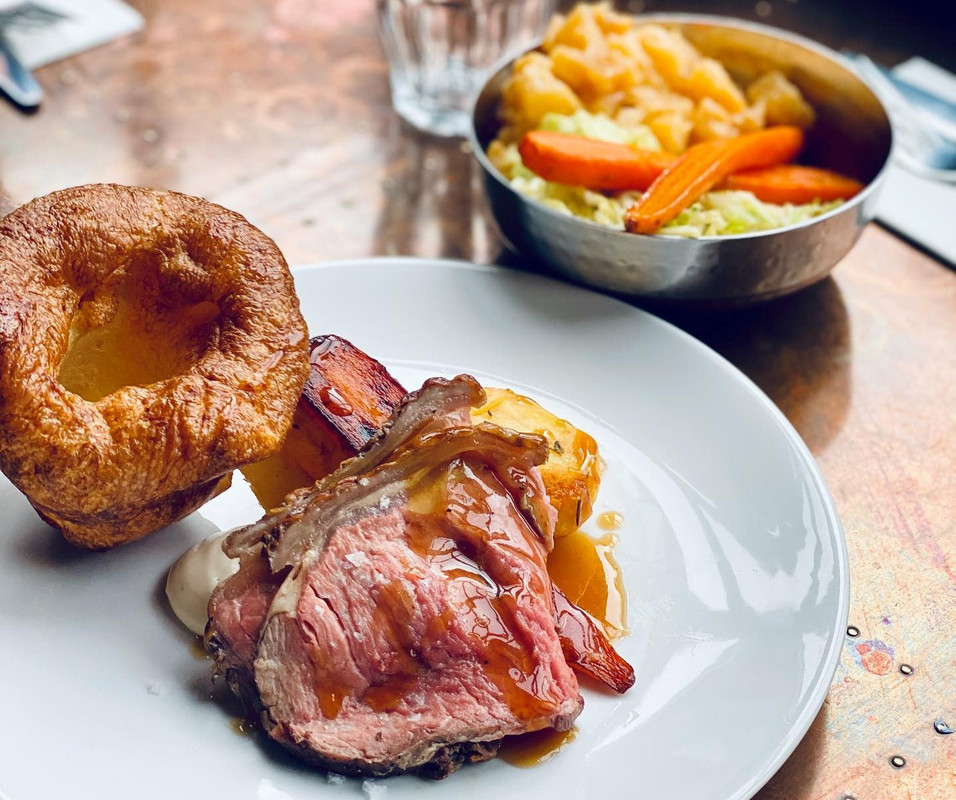 Where: 4 Sheepcote Street, Birmingham B16 8AE

The Distillery is a popular venue and is one of the best cheap restaurants in Birmingham, with a good selection of dishes. Choose from pizzas, which cost around the £10 mark, small plates, and more like lamb shawarma, the vegan cheeseburger, and smoked pork ribs. Or head over on Sunday for their juicy Sunday lunch for around £15. Pizzas can also be made gluten-free and vegan! 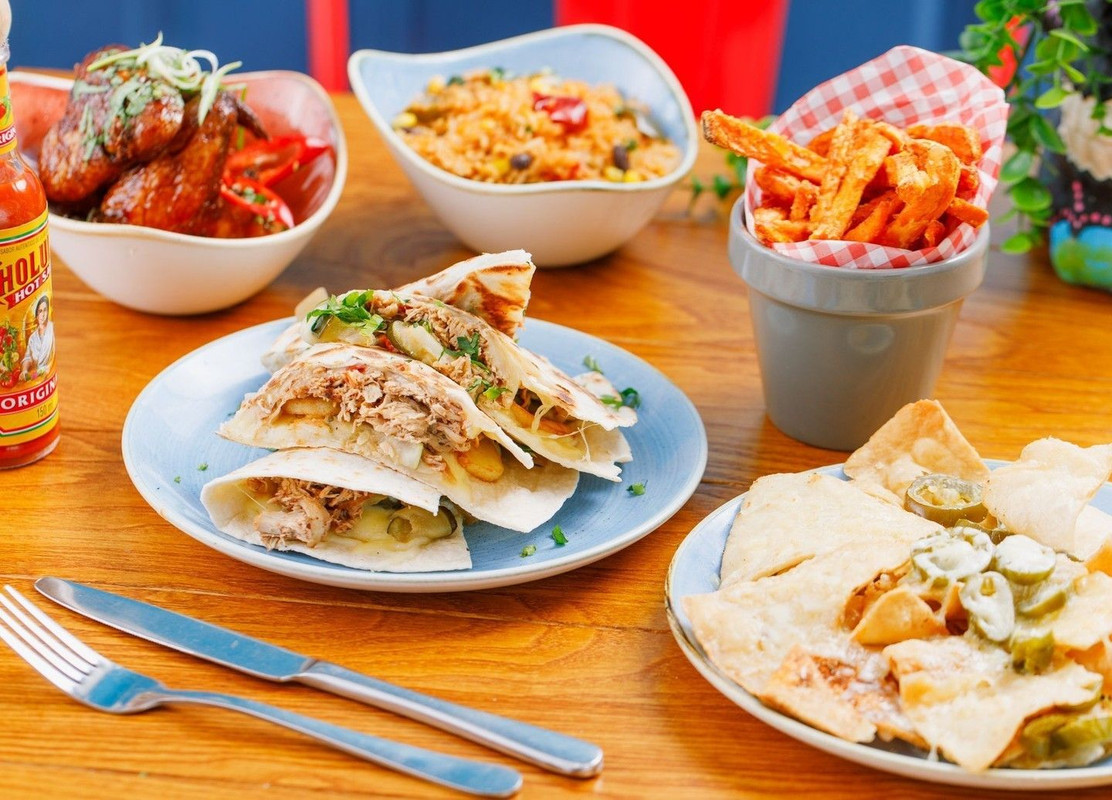 Where: 12 Bennetts Hill, Birmingham B2 5RS

Bodega Cantina brings delicious, affordable homemade South-American-inspired dishes to Birmingham. All of their tacos are under £7. The Halloumi Taco on a bed of slaw topped with guacamole and sunflower seeds sounds gorgeous. But so does the Dr Pepper Pork on red pickled cabbage. Guess you’ll just have to get the Taco Platter to try a few! Bodega Cantina is also perfect for coeliacs, with most of the menu being gluten-free. 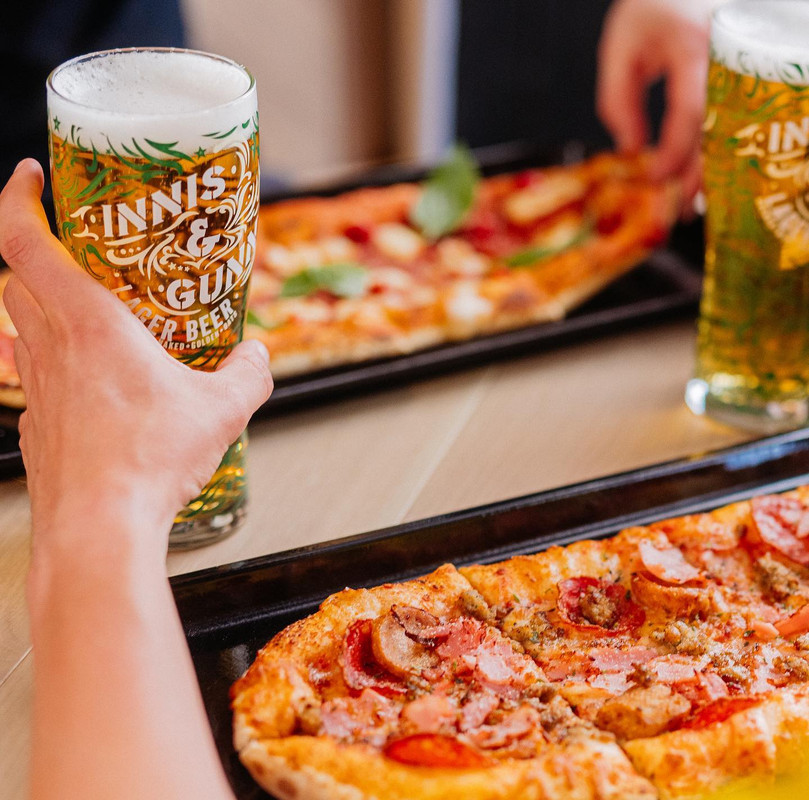 At @Pizza, you can walk up to the counter and choose your toppings yourself. Pretty cool, huh? There are over 50,000 possible combinations for you to choose from when crafting your dream pizza. But if that’s too much responsibility or you can’t decide, they have their own pizza designs to choose from. And there are vegan-friendly, gluten-free, and dairy-free options too! 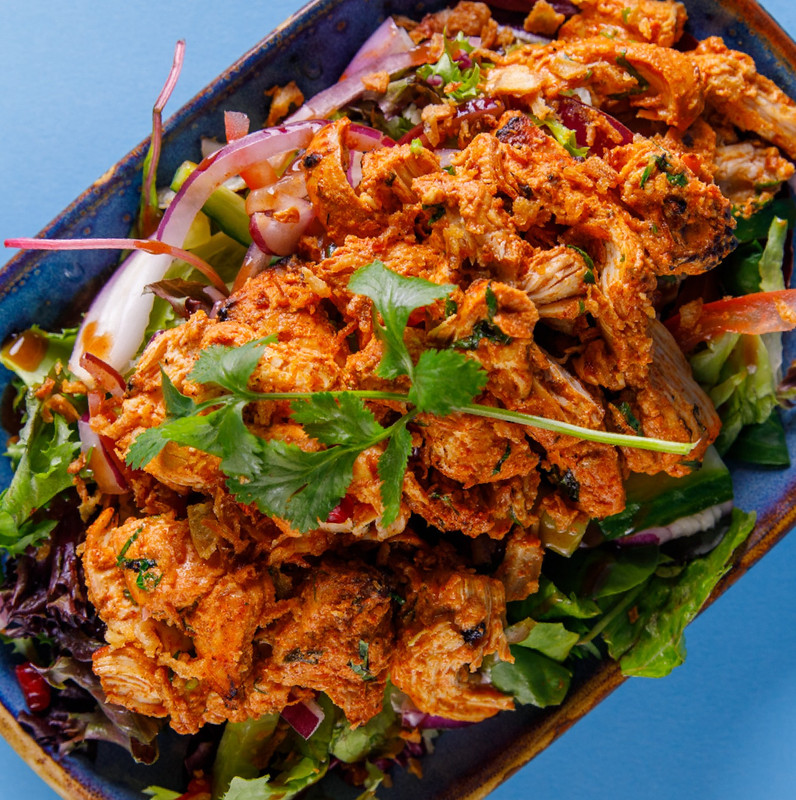 Indian is the one cuisine that pretty much everyone loves. There’s always something for vegetarians and gluten-free folk, and the meat dishes never disappoint. So if you’re looking for cheap places to eat in Birmingham and fancy Indian food, check out Indico Mailbox. They have small street food chaats if you want to try a few different dishes. Or you can just dive in with the main dishes that range from £8.95 - £23.95. All the classics are there, like chicken tikka, samosas, bhaji, biryani, and more. 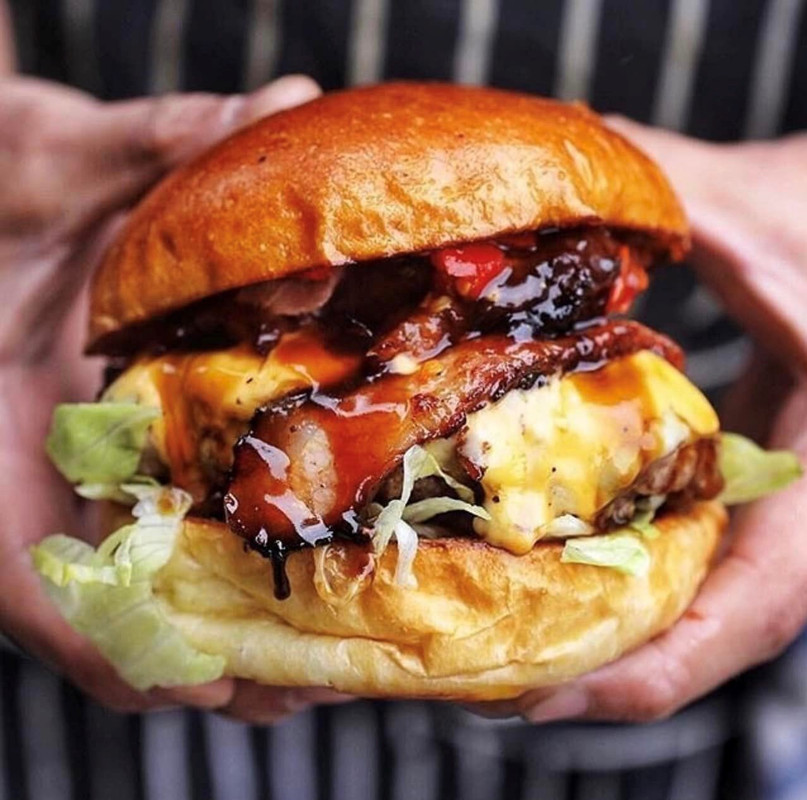 Where: 17 Thorp Street, Birmingham B5 4AT

Giant, greasy burgers packed with flavour are a much-welcomed treat every now and then. There’s something weirdly satisfying, even if it’s a bit gross, about burger juice dripping down your hand as you munch. If you love a bit of that, The Meat Shack will make all your burger dreams come true. Their burgers (including chicken and vegetarian) are all £10 or less, their loaded fries are £3-6, and their buttermilk brined fried chicken pieces are between £5.50-7. 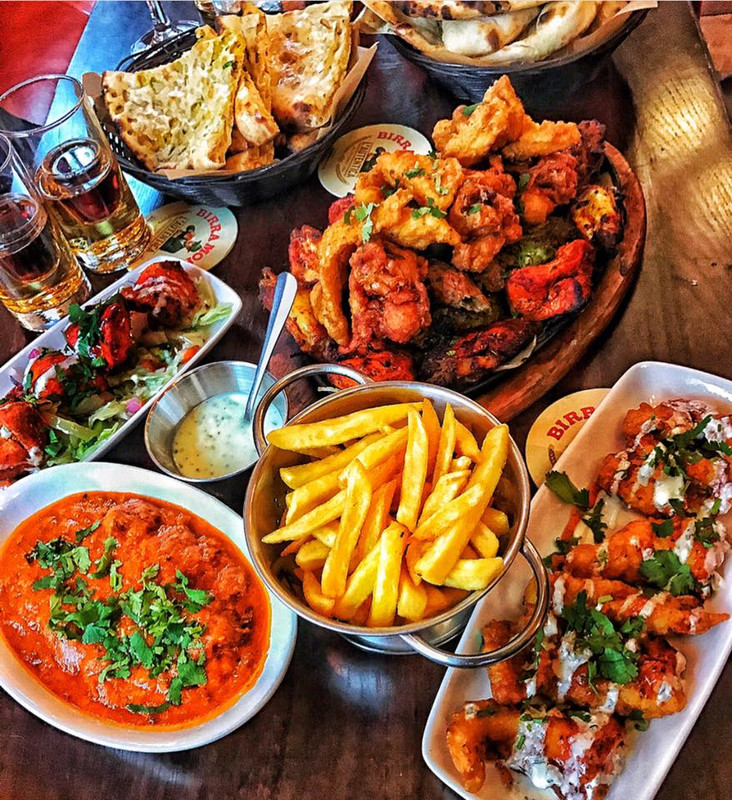 Where: 27 Constitution Hill, Birmingham B19 3LE

Hen and Chickens is a lovely desi pub in Birmingham’s Jewellery Quarter. So if you’re due a catch up with a mate, head over for a pint and some North Indian Punjabi (desi) food! Most of their lamb curries are around £11, and the chicken curries are about £10. There's a solid selection of strong vegetarian dishes and sides to order for the table that you inevitably won't finish because you overordered, but it's fine because you'll just take it home. 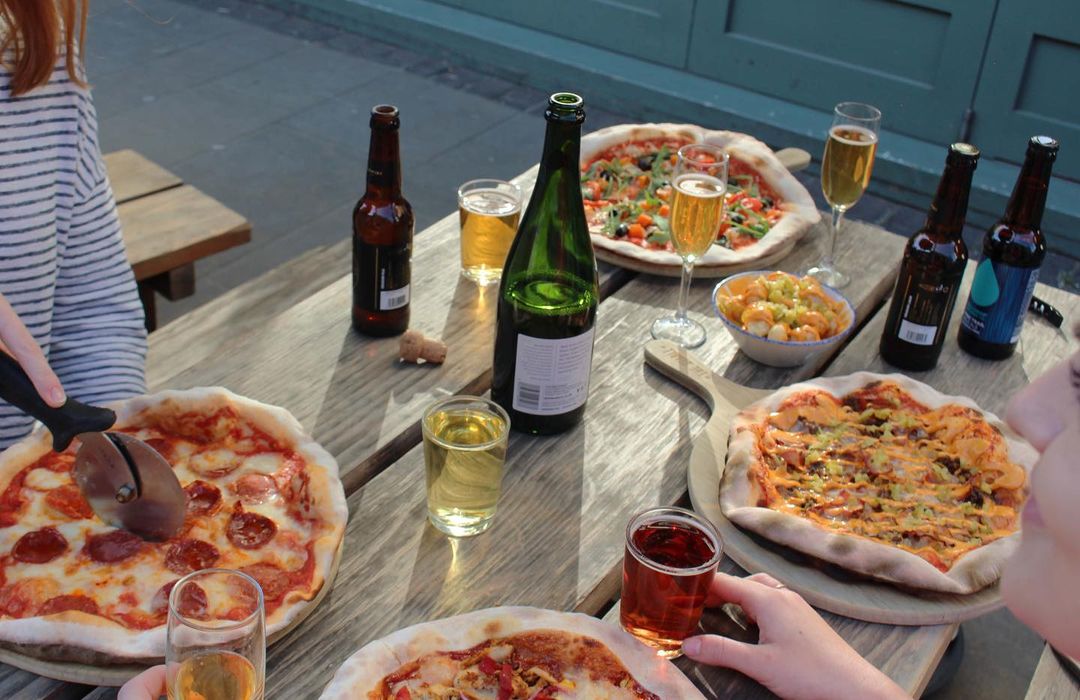 The Stable makes fresh sourdough pizza every day, hand stretching the bases before dolloping homemade San Marzano tomato sauce on top. You can enjoy one of these tasty treats for less than £14. Choose from classics like Proper Margherita or go for something a bit unusual like the Burger On The Dancefloor. Or you could try one from their vegan or plant-based menu, such as the Mushroom Magic or Build Me Up Butternut. There are also other bites like the meat platter to share, salads, and mac n cheese. 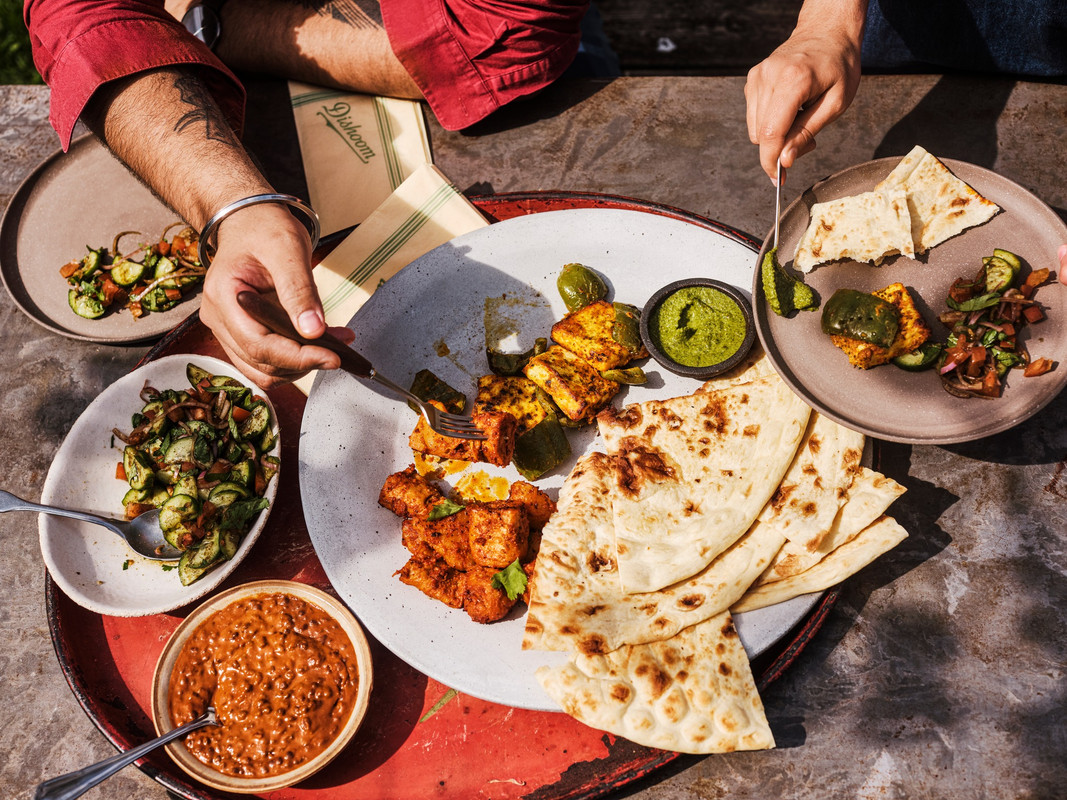 Where: One Chamberlain Sq, Birmingham B3 3AX

Dishroom pays homage to the Irani cafes that were all over Bombay in the 1960s. They've got a breakfast menu, an all-day menu, and menus specifically for vegans, gluten-free, and dairy-free diets. There's food from the open-air grill, small plates for sharing, classics like biryani, cocktails, mocktails, and more. The prices of their main dishes are usually around £10-13. Dishroom has a fantastic reputation and is easily one of the best places for cheap eats in Birmingham - why not give it a go? 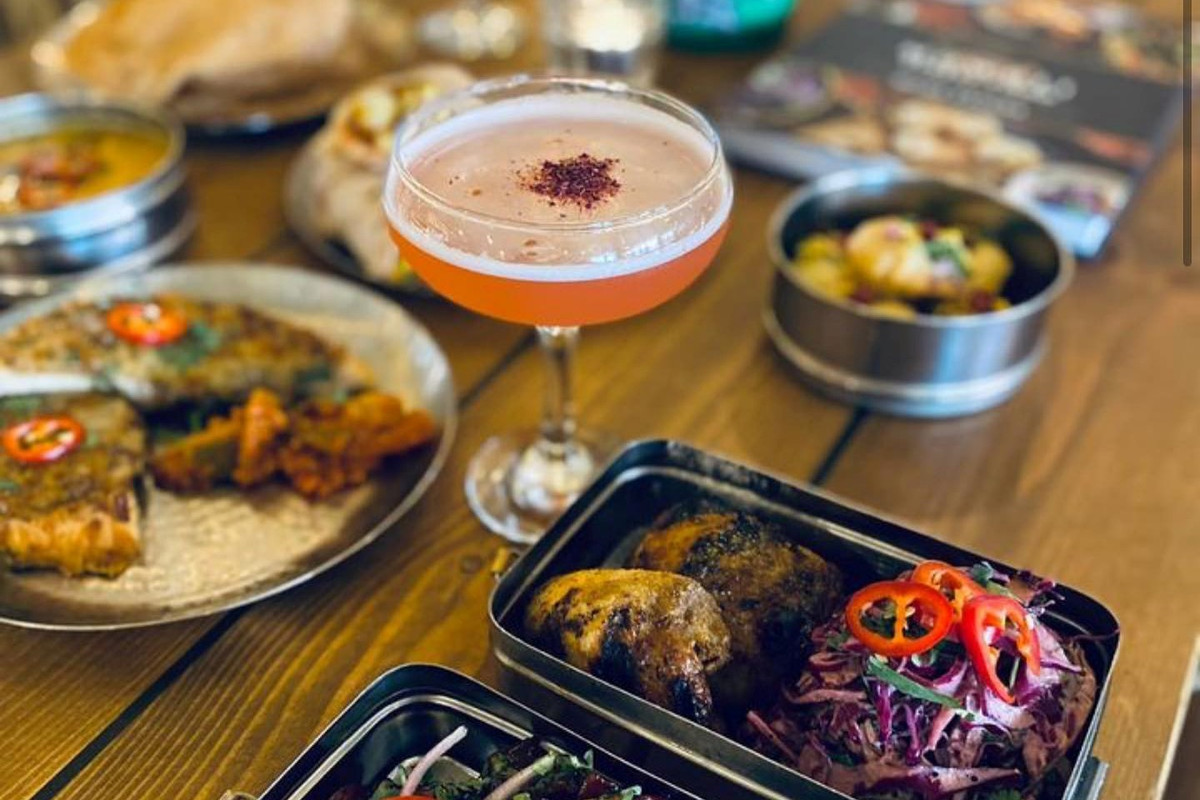 Look at that picture. Really look at it. You can almost smell the herbs and spices through the screen. It’s delicious. Healthy with lots of vegan options and even more flavour, Mowgli was created to serve the food Indians eat at home and on their streets. The dishes from the street meats section of the menu are £7.50-9, street chat from £5-8, and curries are amazing value at £2.50-4.50. It’s cheap, tasty, and healthy without tasting too healthy - basically the whole package,

We’ll never say no to a cheeky bite to eat, and neither should you! Not when there are so many fantastic cheap restaurants in Birmingham. Click or tap here to check out what foodie events are going down in Birmingham.

Cheap Things to do in Birmingham

Budget Your Freshers: Tips to help you save for freshers week