Dictators, drugs and adultery. Three of music's most turbulent (and successful) relationships.

It's a well known fact that a healthy measure of hatred and a generous dose of friction within the ranks can produce some truly wonderful tunes. From Sting and Stewart Copeland’s battle to be Chairman Mao in The Police, to Richard Ashcroft and Nick McCabe’s weed-induced psychosis putting an end to The Verve (twice). Then, of course, there's Fleetwood Mac.

It’s amazing the lengths some artists will go to to suppress their emotions in the pursuit of success. It’s very much a case of can’t live with, can’t live without. The music must come first, except when it doesn't...

Here we take a look back at how bad blood, copious drugs, big egos and borderline chaos have somehow resulted in moments of greatness. 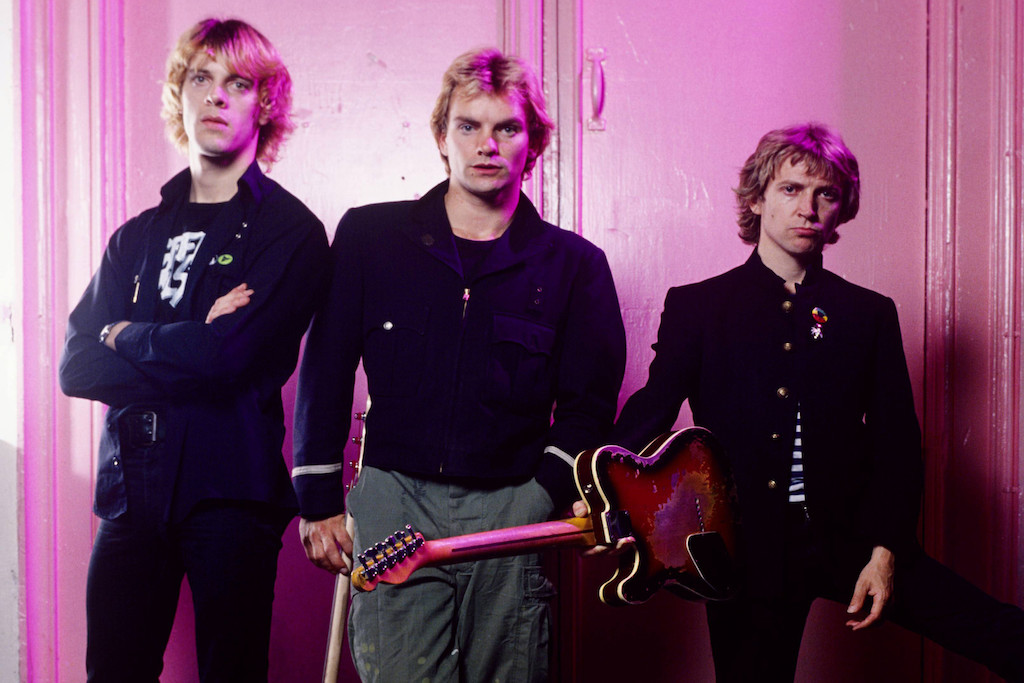 Control is a major issue with most bands, and when you have two people vying to be the chief, things are always going to be tempestuous. As a band, The Police define this power struggle perfectly; drummer Stewart Copeland battling to stand his ground and be heard in the creative process, versus Sting's forthright and dominant nature (which ultimately drove the band to global success).

Perhaps the tension and the strife was the catalyst in delivering their most seminal moments – 'Roxanne', 'Don’t Stand So Close To Me', 'Message in a Bottle' – with Copeland snarling at his Geordie compatriot from behind the high hat as he took centre stage. By the time they had come to record their third album, Zenyatta Mondatta, the pressure to stay on top had become insurmountable. Sting’s appetite to deliver the perfect pop sound meant it was no longer a collaborative creative process, more a dictatorship.

From this point onwards, the band were on borrowed time. The Police disappeared into thin air, without a public announcement, in March 1984 having sold 50 million albums worldwide, amassing fourteen UK and eighteen US top twenty singles, plus five Grammys.

So why in 2007 did they feel the need for a reunion? When the question was put to Sting in an interview with Rolling Stone magazine, he responds: "I’m doing this for myself. I really am.” And with one swift response from one of music's greatest egos, the row rumbles on... 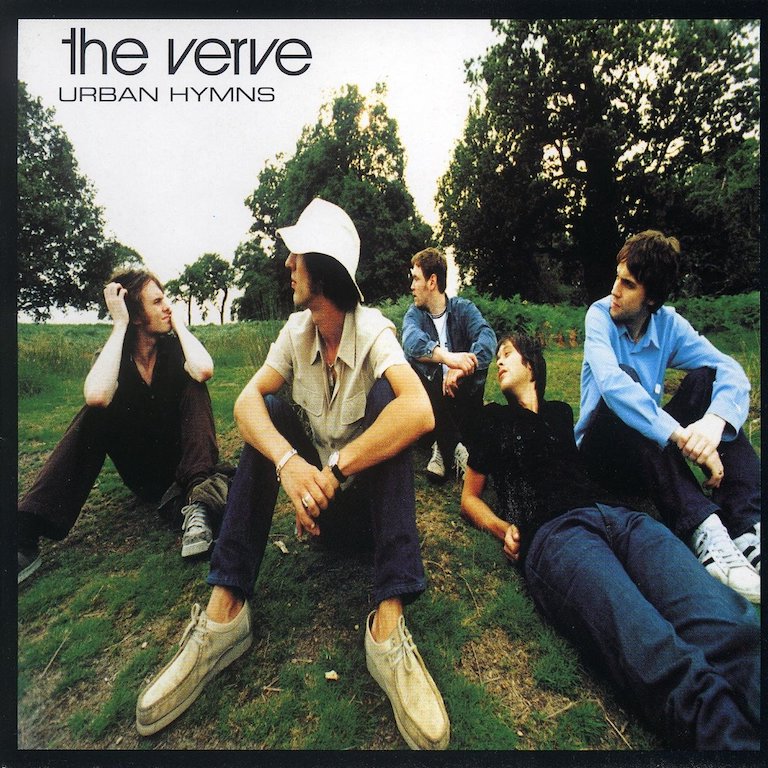 All hailing from the same sixth form college in Wigan, The Verve formed in 1990, bringing a mix of introspective psychedelic grooves and brooding melodies to the table. They were signed to Hut Records, a subsidiary of Virgin Records, in 1991.

Guitarist Nick McCabe talks about how, in the early days, Richard Ashcroft (vocals/guitar) would say, "I’m in my own movie”, which gave a flavour of what was to come from the guy labelled ‘Mad Richard’. Ashcroft brought a pop sensibility and McCabe brought a wall of sound – together it was a lethal combination. However, if you throw heavy amounts of narcotics, lawsuits, health problems, break-ups, make-ups and more break-ups into the mix, you can see how The Verve’s journey became a long and arduous one.

With Ashcroft wanting to evolve their psychedelic stoner rock sound from the first two albums (A Northern Soul / Storm In Heaven), McCabe was abruptly shown the door. Ashcroft, alongside original members - Pete Sailsbury (drums) and Simon Jones (bass) - began to lay the foundations for the bands cult record, Urban Hymns, and searched high and low for a guitarist that could fill the void McCabe left behind.

After trying and failing, Ashcroft, with his tale between his legs, asked McCabe to return to the fold for the final recording sessions, where he crafted some of his best work in the form of 'Sonnet', 'Rolling People' and 'Space and Time'.

Urban Hymns was released in 1998 and propelled the band into the stratosphere, but unable to cope or function collectively, they split up in 1999. They reformed in 2007, released a new album, Forth, in 2008, played a headline slot at Glastonbury, then split up again in 2009. There is a theme occurring. Third time's a charm? Never say never. 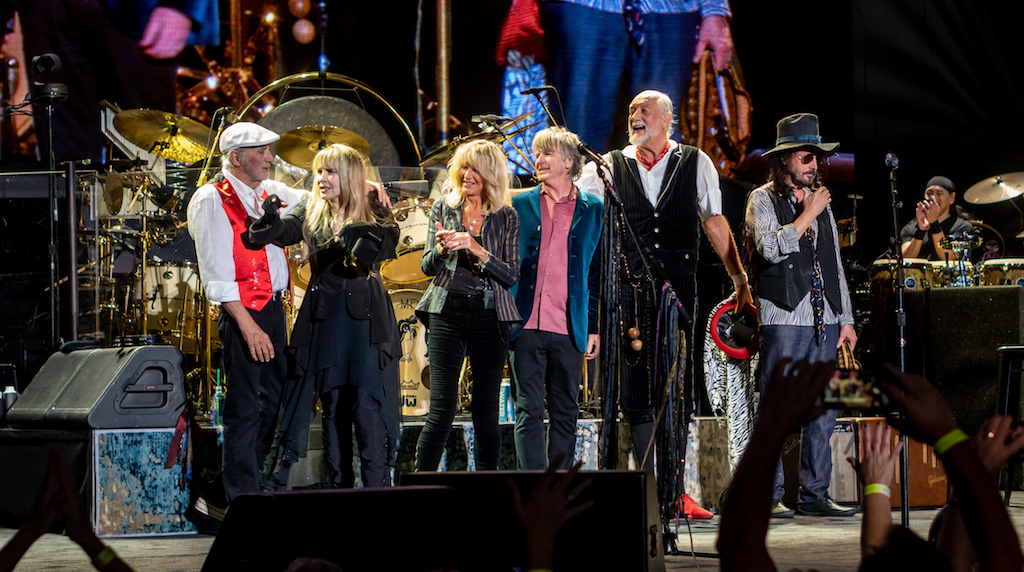 Finally, Fleetwood Mac move the goalposts in this category. In fact, they make their own pitch where nobody else dares to play.

In 1976, after their debut album and a long tour, the band began work on their ‘difficult’ second LP. Stevie Nicks (lead singer) had just split with her long-time lover and musical partner, Lindsey Buckingham (guitar/vocals). Christine McVie (keys) was in the midst of divorcing her husband and the band's bassist, John McVie. Meanwhile, Mick Fleetwood’s (drums) marriage was on the rocks, leading to an affair with Stevie Nicks, much to the dismay of Buckingham, all in the space of twelve months.

A twisted web of drugs, excess and deceit was distilled down into a heart-breaking confessional LP, poignantly entitled Rumours; a running commentary of he-said-she-said. A warts and all adaptation of a glamorous mess that somehow survived and made it through to the other side. With more resilience than Margaret Thatcher and Theresa May rolled into one, Fleetwood Mac refused to let their emotions derail their commitment to the music and carried on regardless. It’s as dark as it gets.

Get to know... Jamie Webster

Why you really should be listening to... Winston Surfshirt