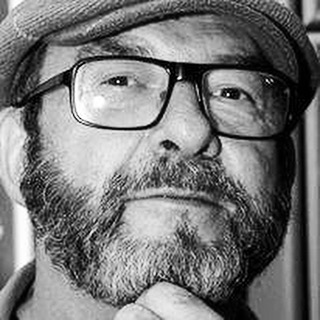 The Indian Summer Festival is back - bigger and better for 2019.

To witness Chad Jackson in action is an eclectic, atmospheric and intellectual journey into sound to uplift the spirits and move the soul. He is a dance music pioneer and icon of the scene, who has inspired many of his contemporaries with his DJ mixing and production skills to become a revered maverick in electronic music.

Chad has been a DJ, music producer and educator since the mid 1980s, having bagged the crown of Technics/DMC World DJ Mixing Champion in 1987. Resident DJ at the now legendary Hacienda club in Manchester to a worldwide smash hit in 1990 with Hear The Drummer Get Wicked, he has gained worldwide industry respect and recognition and was recently honoured with a DJ Legend award by DMC. Chad has been a champion of contemporary music with his journey through many different genres throughout the years, always pushing the boundaries forward. From his beginnings in Northern Soul, Jazz Funk and early Electronic Music, through to Acid House, Hip Hop and Breakbeat, and all picked from one of the largest private music collections in the world.

Originally from St Helens, Chad held a residency at Manchesters groundbreaking Haçienda club during its heyday, being one of the architects of the newly emerging House Music scene, alongside fellow legends including Mike Pickering and Graeme Park. Chad quickly became a key global influence in the popularization of the art of DJ mixing and remixing. While at the Hacienda he started producing remixes exclusively for use on the legendary DMC DJ-only vinyl collections, showcasing his eclectic tastes from notable artists such as Grace Jones, Kraftwerk, The Beastie Boys, De la Soul, Public Enemy, Deelite, Mantronix, Norman Cooks Beats International and some bloke called Prince!

Chad was one of the first British DJs to start mixing and exploring turntablism in the early 1980s. By the mid 80s a flyer with his name on it would guarantee queues outside clubs like Manchesters iconic Legend club and Wigan Pier, which he took over from his great friend and early mentor Greg Wilson. Along with Greg, he was one of the first to champion the newly emerged Electro Funk sound from the likes of Newcleus, Midnight Star and Man Parrish, and was an early exponent of the newly emerging Hip Hop sound.

Chads regular live broadcast sessions and end of year Best Of mixes on Piccadilly/Key 103 radio had the North-West of England hovering their fingers over the tape-deck record button. These original cassettes are highly prized today, with fans inundating Chads website for copies of these infamous mixes.

1987 was a seminal year for Chad when he took the roof off the Royal Albert Hall in London with his skilful and entertaining DJ mixing performance at the Technics/DMC World DJ Mixing competition, where he quite rightly secured his place as one of the legendary World Champions. The world really opened up for him after winning the championship when he undertook a whirlwind 2 year world tour headlining clubs in New York, Russia, Japan, Brazil and even the closing party of the Cannes Film Festival!

By 1990 Chads focus had returned to studio production, remixing and re-edits.

His first solo work followed and Chad Jacksons Hear The Drummer Get Wicked went straight to the top of charts around the world. It is now considered a 90s classic.

Three decades on and there is no sign of Chad slowing down, music flows through his veins more than ever and this is evidenced by his many current gigs, radio shows and various productions for release. Chad has graced the decks at a range of events, from Festival No6 in Wales and Secret Garden Party in Huntingdon, through to the Hacienda in Manchester, Electrospective with Greg Wilson and Colin Curtis and the House of St Barnabas in Soho. He is currently promoting his Journey Through My Record Collection imprint, with a regular radio show on Music Box Radio and a DJ tour at selected venues around the country.

As well as showcasing his enigmatic DJ skills, Chad is also in the final stages of completing various new studio productions of unreleased material, songs and mixes from his extensive back catalogue, including a new recording of his smash hit Hear the Drummer (Get Wicked).

All these experiences have inspired him to give something back to the emerging music community by becoming an industry educator and mentor. Chad has chaired panels at events like the Brighton Music Conference, and has tutored an array of new talent as a senior lecturer at various education establishments such as ACM in Guildford, Ministry of Sound DJ Academy and Point Blank in Shoreditch. He teaches electronic Music Production, DJ Skills, Composition and Cultural Studies, and many of his students have gone on to become major talents within the music industry.

For me music is the life force of human expression and creative power, and a physical realization of love.

Check out the premiere of Chad's mix from the recent 'Connies Acid House Party' Chad has been a resident DJ at this event alongside DJ Pierre for the past 5 years performing with some amazing guest DJs such as A Guy Called Gerald, Justin Robertson, Jon Dasilva, Jay Wearden & Suddi Raval to name just a few. You can listen to his mix exclusively here:-