Here are the World Cup 2022 England fixtures in December along with news, including match results, goals, and players who have left the tournament.

The 2022 FIFA World Cup has been wild so far. We’ve seen the likes of Brazil, Argentina, Spain, and other huge teams lose to underdog teams like Cameroon, Saudi Arabia, and Japan. If anything, it’s revealed that this year's World Cup champion title could genuinely go to any team.

And, of course, it’s looking fantastic for England, who’ve beaten Senegal, Iran and Wales, and drew with the USA. It’s definitely coming home! With England entering the quarter-finals, we put together this short guide to let you know when to catch the World Cup 2022 England fixtures in December and a quick roundup of what’s happened so far. 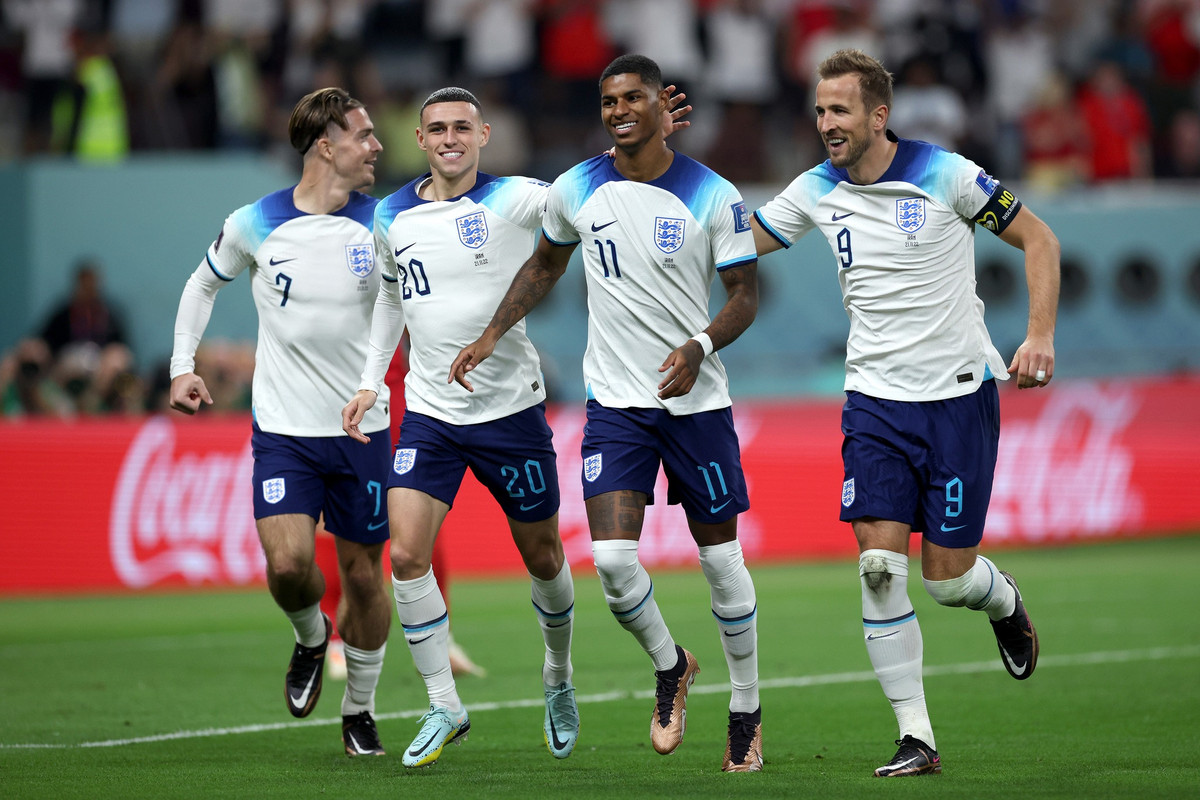 England's next match will be against defending champions France on Saturday the 10th of December at the Al Bayt Stadium in Al Khor. You can watch it at 19:00 GMT on ITV.

If England beat France, they'll progress to the semi-finals, where they’ll play against Portugal, Morocco, Spain, or Switzerland. This match will take place on Wednesday the 14th of December at 19:00 GMT at Al Bayt Stadium in Al Khor. Again, this is only if England beat France.

And the final will take place on Sunday the 18th of December at the Lusail Stadium in Qatar at 15:00 GMT. 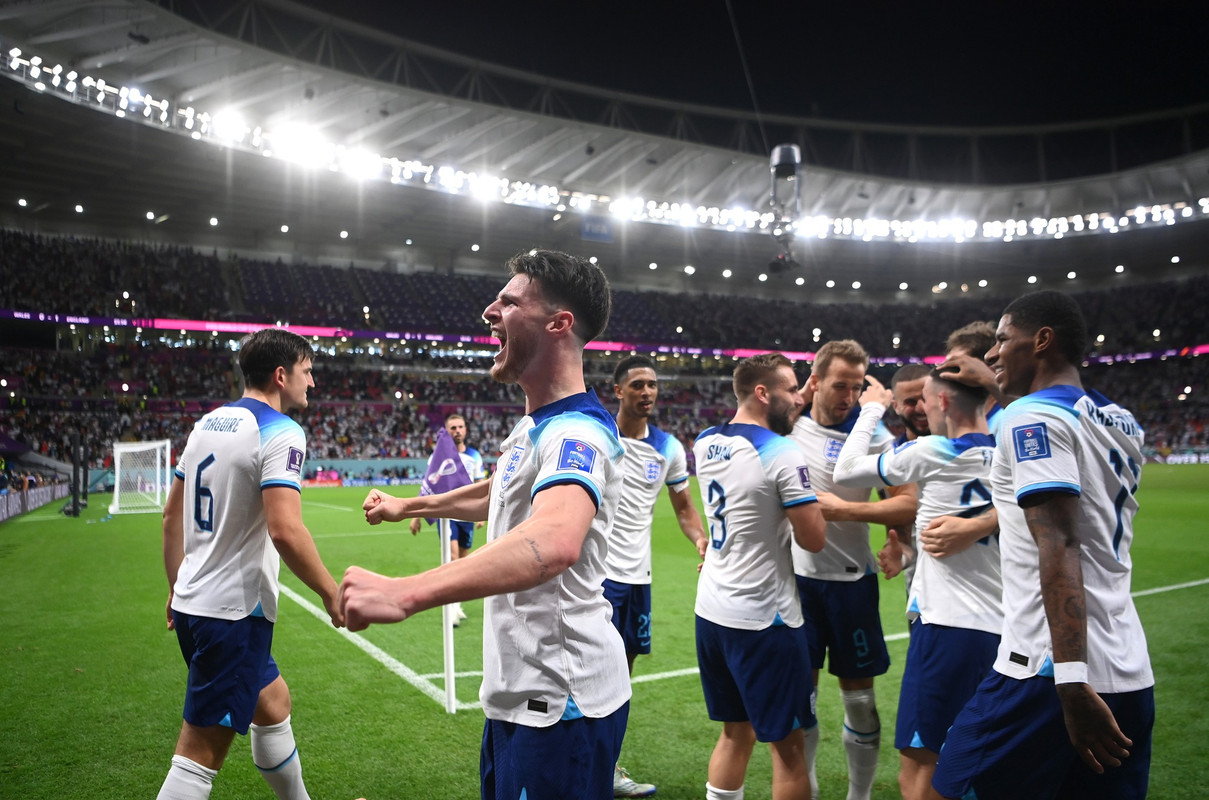 If you haven’t been able to keep up with the footie as well as you’d like, don’t worry, we’ve got all the important England news right here.

England then took on the United States and drew 0-0.

England secured the top spot in Group B, knocking Wales out of the tournament, winning 3-0 with goals in the second half from Rashford (2) and Foden.

In England’s most recent match against Senegal, the Three Lions won 3-0 with goals from Henderson, Kane, and Saka.

About the upcoming match against France, Southgate said, “they're an outstanding team with a phenomenal tournament record and some outstanding individuals. Without doubt, we have to find our highest possible level." 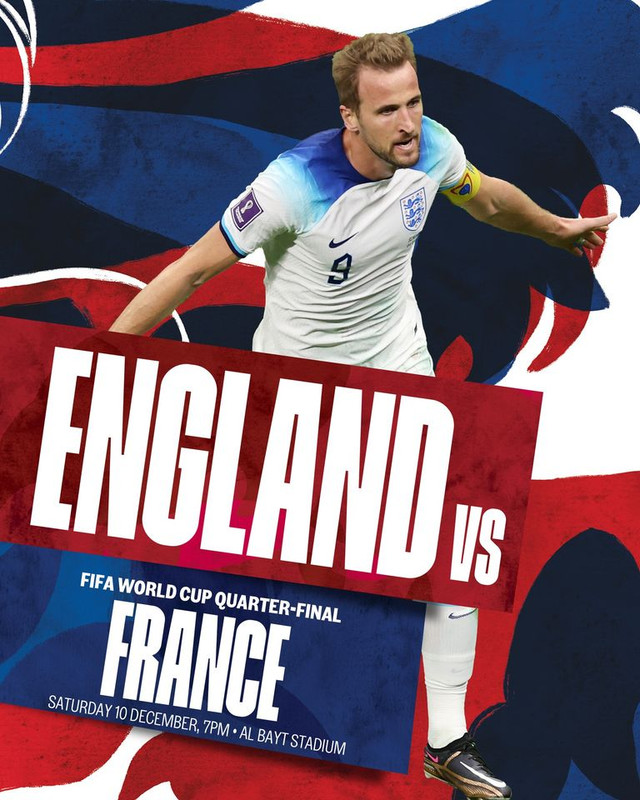 In other news, Raheem Sterling has left the World Cup squad after his home was burgled, saying he’s “prioritising the wellbeing” of his three children. About this, Southgate said, “I really don't know if he will return. It's a situation he needs time with his family to deal with and I don't want to put him under pressure. Sometimes football isn't the most important thing and family should come first."

Defender Ben White, who was an unused substitute in matches against USA and Iran, has also left the World Cup and returned home for personal reasons and is expected not to return. White missed England’s win over Wales due to illness.

There are currently no known injuries for the England squad to work around.

England has already done a cracking job at demonstrating just how powerful a team they can be. And as we enter the quarter-finals, excitement and nerves are through the roof. Will England defeat France and progress to the finals? Will they snag the title and bring football home this World Cup? We’ll have to wait and see.

To enjoy the matches as they were meant to be, click or tap here to discover World Cup fan parks near you.

Or head to the bottom of this page to secure your tickets for England vs France screenings with endless pints, halftime entertainment, and so much more.

Ticket waiting list for Road To Victory: England vs France