A piece, written about 'Wild on the Wall' Family music festival, in 2019. This was our first year and we have had 2 years since, to form it into the perfect staycation, that it is now! WE ARE BACK bigger and better in Aug 21!

Wild on the Wall, so named because it sits right alongside the Roman wall, is the newest festival to come to the Brampton area.

It boasts a strong line-up of local musical champions such as Hardwicke Circus, The Postcard Band, Sultans of the Source, and Cosmic Cat.

The brains behind it - Dan Russell, Jenny Sadeh, and Jonny Foster - have been cooking up this festival for a while, but decided 2019 was the year to launch it.

Mr Russell said: "For a couple of years now, Jonny and I and a couple of the other folks thought it might be good to have a festival there.

"We kept putting it off, we were going to do it last year, but we didn't so this year I thought 'let's just do it'."

The beauty of this festival is the strong local bonds that tie the musicians, the organisers, and the guests together.

Mr Foster commented: "Whenever there is something going on in Carlisle, it's always good to be involved and just to celebrate everything good that is on offer in the Border City."

Most of the musicians have played at The Source Collective, a space in Denton Holme that has a long history of boosting local talent.

"One guy from France who desperately wants to come, so I said yes because he has played at the Source before," said Mr Russell.

"Naturally, because they have been playing at The Source... it's like a family feeling, everyone is very familiar with each other," Ms Sadeh added.

Whilst it is certainly focused on the music, there is less of a focus on alcohol than the traditional British festival.

There is also going to be a greater emphasis on the outdoors, and the people involved.
Ms Sadeh remarked: "It would be nice to do it on a regular, annual basis - celebrate music, life, and people."

Food and drink will also be on offer at the festival - as well as activities for children who may not be as excited about some of the music.

Here are the next 2 upcoming events At Walton Brampton Cumbria, Brampton 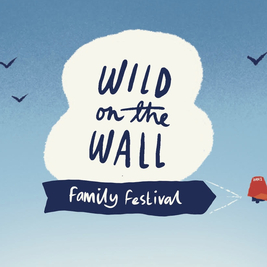 Family-friendly Music Festival, with popular/local musicians. Bonfire till dawn, activities for all ...

Family-friendly Music Festival, with popular/local musicians. Bonfire till dawn, activities for all ...