Here's the latest roundup of all things football.

It was a huge weekend of football action this weekend as the latest round of the FA Cup was played and the AFCON final took place. The biggest shock of the round being National League side Boreham Wood knocking out Championship side Bournemouth with a 1-0 win away at the Vitality Stadium. Scott Parker's side were absolutely embarrassed and struggled to break through the stubborn Boreham Wood side.

Kidderminster Harriers were denied a historic upset against West Ham, with the home side leading early on before the latest possible equaliser came from the Premier League side. Yet West Ham looked flat yet again in extra time but with almost the very last touch of the game, Jarrod Bowen tapped in from close range. It was incredibly cruel for Kidderminster who were so close to a penalty shootout.

The biggest scalp of the weekend was in the Manchester United vs Middlesbrough game which was full of drama. United had 20 shots on goal, but Ronaldo missed a penalty and Fernandes missed an open goal. United were ahead through Jadon Sancho but Middlesborough equalised through a controversial equaliser. Duncan Watmore handled the ball in the buildup before crossing to Crooks to finish, yet it was deemed accidental by VAR much to the disbelief of anyone watching.

Yet, United were still absolutely poor against a Middlesborough side who didn't look that great themselves. It came down to a penalty shootout where all players cored until it was Anthony Elanga who drew the short straw and missed. The abuse he has received since has been nothing short of appalling and clearly little was learnt from the abuse of English players who missed penalties against Italy last Summer.

Another Premier League side was also dumped out, with Leicester City playing their rivals Nottingham Forest in what was a tense derby. Nottingham Forest were superior throughout, taking a 2-0 lead with goals in quick succession. They were hungrier, quicker and better than Leicester in every aspect, with the away team fielding a strong side. Brendan Rodgers was left red-faced and embarrassed, it was a sweet day for Nottingham Forest fans.

In the biggest game of the weekend, Senegal faced Egypt in the AFCON final where it was billed as Salah vs Mane as the two Liverpool players faced each other for the first time. It was a final that didn't exactly set alight, Mane missed a penalty early on and little was seen from Salah who was swamped by defenders at every turn as Egypt's lack of quality was there for all to see. They tried to grind a result as they had done the whole tournament and they took the game to penalties. In what felt like destiny, Mane scored the decisive penalty to make up for his earlier miss and deliver Senegal their first ever AFCON title.

That was a roundup of that latest football action, here are some footy events that you can attend through Skiddle...

In this middle table clash, City of Liverpool FC will be playing at home against Kidsgrove Athletic FC, with the two sides only seperated by three points at the moment. It is a great opportunity for the away side to leapfrog their opponents but City of Liverpool will have a strong home crowd behind them.

Caernarfon Town will be hosting Bala Town in this Welsh Premier League fixture. Bala will be looking to keep ground with 2nd, 3rd and 4th who are only a couple of points above them in the table whilst a win would give Caernarfon a good chance of joininng the scrap for the higher positions in the table. 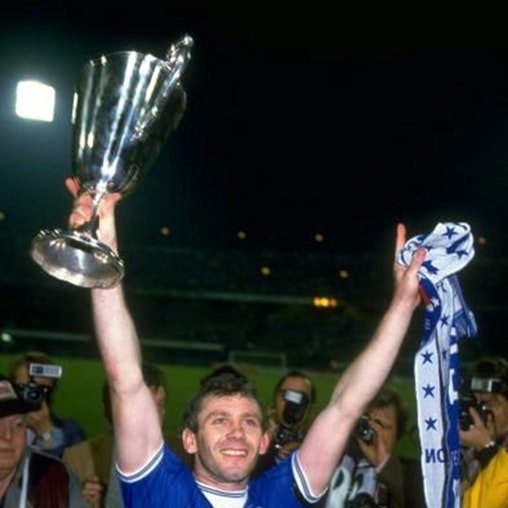 Where: The Devonshire Hotel, Liverpool

The Devonshire will be hosting this evening where former Everton players will be in discussion about their successes at the club. Trevor Steven, Peter Reid, Graham Stuart, Alan Harper and more will all be there to talk about their careers and no doubt about the current Everton side too.

An Evening With Jon 'The Beast' Parkin

When: Friday 13th May

Jon Parkin was not the elegant type of striker. he was the kind of player who bullied defences, was an absolute manace and loved the theatre of the sport. A provoker at all times, the lower league journeyman will be a familiar sight to any who have watched lower league football in England, Now you can hear him talk about his long and eventful career in person.

Find tickets for An Evening With Jon 'The Beast' Parkin - here