A new wave of acts has just been announced for the Market Harborough festival, including The Fratellis.

The band are best known for their hit single Chelsea Dagger, which since its release in 2007 has become a huge anthem, particularly for sporting events.

The song came from their debut album Costello Music, which also secured the band the Brit Award for British Breakthrough Act 2007.

Will Varley, a songwriter set for a huge year in 2018 with famous fans including Billy Bragg and Frank Turner, also joins the TexFest line-up.

Alongside The Fratellis and Will Varley, local artists have also been confirmed including Charlotte Carpenter and Aztec Temples.

Taking place from Friday 29 June to Sunday 1 July 2018, the event promises to welcome a host of chart-topping acts in the beautiful setting of the Leicestershire countryside.

So far major acts including Tinchy Stryder, We Are Scientists and Example have been announced for the line-up - but festival organisers are also passionate about supporting the local music scene.

Festival Director, Shaun French, commented: ?We?ve had such a positive response to the festival so far and we want to make sure that the local music scene is involved.

"Some acts we were already aware of and have been keen to add them to the bill and we?re also looking forward to seeing more other fantastic acts through the audition process.

?The Fratellis were a band that we were keen to have on the line-up since the early planning stages of Texfest. Chelsea Dagger is such an iconic festival anthem and with their new album due out it?s an exciting time for them to be coming back!"

The Fratellis have been announced for TexFest 2018

Weekend and day tickets for TexFest are on sale now with camping, glamping, VIP and family options available.

For more information and to book tickets, visit www.texfest.co.uk . 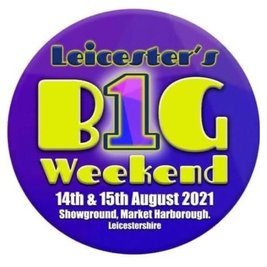