One of the most influential and ground-breaking DJs on London's Kiss 100 between 1990-2004, Graham Gold has notched up 5 years in the DJ Mag Top 40, sold over 700,000 mix albums including receiving 6 Gold Discs by the BPI, and signed Mat Darey's 'Liberation' which became a UK Top 20 and is hailed for his successful Peach club residency and label in the Noughties. Having racked up club dates and festivals in over 150 cities across 50 countries including Pacha, Amnesia, Space, Ultra Music Festival and Glastonbury alongside DJs such as Carl Cox, Sven Vath, Steve Lawler, John '00' Fleming, Roger Sanchez, Deep Dish, Paul van Dyke, Tiesto, and Ferry Corsten, he is a legend of the UK dance music scene.

Re-locating to Koh Phangan, Thailand, almost a decade ago his evolving energetic sets encapsulating deep house, progressive, trance and melodic techno have seen him headline events including the 5 Senses Festival in February alongside Behrouz, Thomas Schumacher, Einmusic and Supernova as well as clubs such as Lost Paradise, Maya, and Eden Garden. Recent productions and remixes have helped cement his transition from a world-famous trance DJ into a cool underground house/techno D J with collabs such as 'Spacebo' with DJ Lion due on Berlin's Patent Skillz label, 'Spulig' with Jourdan Bordes out on Dynamica and 'Manipulation' due on Holland's Refuge Records. 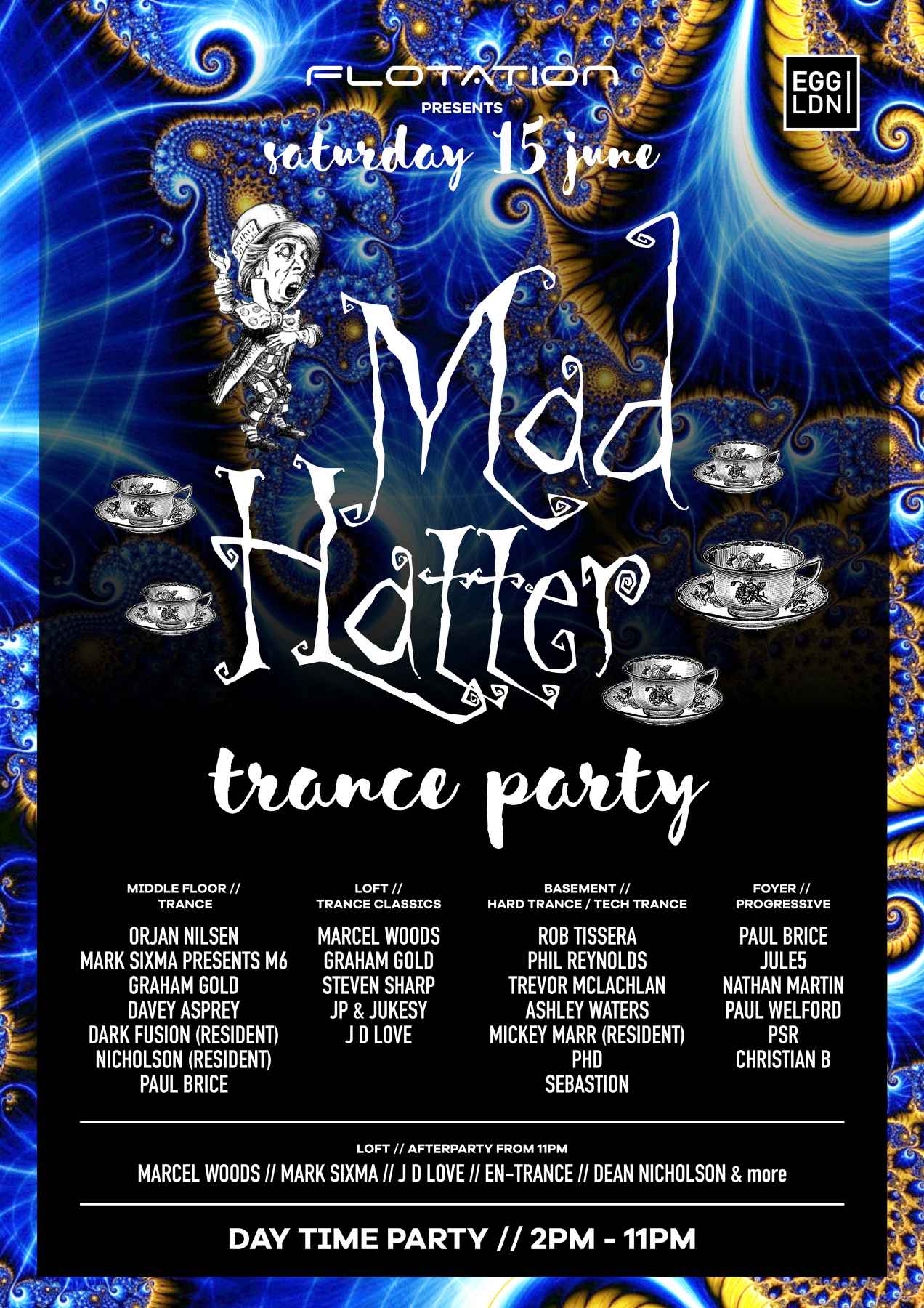 Here is the next upcoming event At Egg London, London