The sound of BASSLINE is coming to LONDON!!! Launching on Saturday the 3rd of August at Union nightclub Vauxhall.

The sound of BASSLINE is coming to LONDON!!!

Launching on Saturday the 3rd of August at Union nightclub Vauxhall.

ILL PHIL aka Phil Dolman has been DJ'ing for almost 12 years now, having played all over the world Phil is no stranger to the business. He has been part of a few other projects prior to this, he worked with the super producer Will Bailey for 3 years. Together they gave you 'Bass Weazal' & 'Punk Rolla' These projects saw Phil tour the States, and see most of Europe and even go as far as South Korea.

Radio 1 and Capital FM have supported a lot of his productions, and continue to do so.

Phil also hosts a show called 'The Journey Of Sound' on SILK CITY Fm. This is a weekly show that goes out all over the UK, and reaches a vast amount of listeners.

Recently Phil has decided to stay his hand at the more bassy sounding music currently known as 'Jackin House' or 'House & Bass' With over 50 solid tunes to his name, he is a driving force in the UK scene playing all over the country every week.

2012/13 has seen Phil join forces with the north of England's biggest brand 'Hectik' where he is currently resident every month. Playing for Hectik has taken him all over the UK this year and to Ibiza this summer, gracing the decks in the famous Eden Nightclub and numerous boat parties.

Phil is getting great support from the crowds and gaining a keen following from the scenes main heads, so if you go to one of his shows… expect a high energy set, packed full of exclusive tracks!

Screwface is the alias for the producer’s Chris Gresswell and Dene Antony. Both born and raised in the city of Bradford, West Yorkshire, they’ve being making waves on the underground scene for a combined 11 years now. They both originated on the bassline house scene, originally making bootlegs to play out in the clubs, until they ultimately collaborated to form Screwface.

Recently they’ve both being making original tracks individually under their own names, but when they want to get back to their underground roots; they make it their only agenda to produce some dirty heavy house and bass tracks, to bounce the dancefloor, make the speaker’s earn their money, and to make sure nothing but pure filth is formed. By coming together they’ve managed to create a unique sound that can be heard in their tracks, “Boy You know”, “Code Red”, and “Icey”.

A pioneer, respected DJ, an accomplished producer/remixer, label / A&R manager and radio presenter, Matt 'Jam' Lamont has been an intrinsic part of the UK garage scene from its very inception.

It was at South London's The Arches, where the burgeoning underground UK garage sound, and indeed Matt's career really took shape with his residency at the legendary Sunday venue.
It was at this seminal Sunday club that he hooked up with fellow DJ Karl 'Tuff Enuff' Brown, and together in 1993 they formed the now legendary production/remixing team, Tuff Jam. The duo became the leading figureheads of UK garage during the mid to late 90's, turning out a slew of classic anthems from 'Tumblin' Down' and entered the charts with TJR's 'Just Gets Better' (Multiply) & Tuff Jam ft, Jaquee Bennett Need Good Love (XL) to top remixes for Kristine Blond, Boyz II Men, Usher, Coolio, En Vogue, Rosie Gaines, Brand New Heavies, Mark Morrison and more.

Tuff Jam mix CD's "Underground Frequencies" Vol.1 (silver sales status) and Vol.2 in 1997 and 1998 for Satellite Records. Another album was compiled and mixed for the U.S.A. entitled " Tuff Jam’s".
Tuff Jam also remixed the official JAMAICAN FOOTBALL TEAM Song (Reggae Boyz - "Kick It") for the 1998 World Cup Finals.
In 1997 Tuff and Jam made an influential leap onto commercial radio (the first UK Garage DJs to do so) with their specialist UK garage show on Kiss 100 FM; a highly respected show.
In 2000, Matt Jam Lamont decided it was time to pursue other individual and alternative projects outside of the celebrated Tuff Jam partnership & continued with a solo show on Kiss 100 until 2005. Matt also forged another fruitful collaboration, this time with Gavin 'DJ Face' Mills (Banana Republic & Copyright fame).
Together in 2001 they were responsible for formulating a groundbreaking UK Garage style mix for successful British trio group Mis-Teeq leading to a debut top 10 chart hit with Why (which was also used as the video/main mix). As an example of production versatility, the innovative Jam & Face garage remix of Why (originally an R&B track) helped Mis-Teeq to obtain an album deal on the back of the single.

Jam & Face have also re-rubbed the likes of Artful Dodger, Damage, Mary J Blige, Liberty X and club floor filler from Daniel Bedingfield, 'Gotta Get Thru This', amongst many others.
In the summer of 2000, Matt started up his own label, Solo Recordings, which has quickly established a reputation for releasing quality new tracks including Frances James & DJ Faces massive 'Girls Play Too' as well as much loved scene classics from Mike Dunn (God Made Me Funky), The Jam Experience (Feel My Love), ZaK Toms (Bring Me Down), Plutonic, Colours (Hold On) and MK as well as up & coming Russian producer Artifact.
Studio and production success is fundamentally important to Matt, but the true test of a DJ remains in the clubs. With his versatile DJing skills playing funky & US House as well as UK Garage, Matt Jam remains a busy DJ, both in the UK as well as at international clubbing haunts including Singapore, Hong Kong, Japan, USA, Canada, Germany, Switzerland, Cyprus, Spain, Ibiza (where he won BEST UNDERGROUND DJ AWARD 2002) and Las Vegas.

Never one to rest on his laurels, Matt continues to take the sound of musical garage to the road. Remaining versatile and ensuring the crowd is always fully entertained has resulted in the continued success of his Solo Recordings University Tour which is in its twelfth year.
In December 2005 Matt Jam Lamont released a 3 CD Compilation TwiceasNice Weekender (Warner’s) with Shortee Blitz/Scottie B which has given Matt another "GOLD" sales status album. Matt then went on to release the second CD Compilation for TwiceasNice in October 2006 which again achieved Gold Status sales. 2008 saw Matt become the only other DJ other than DJ EZ to mix the Pure Garage CD which sold over 100,000 copies globally.
Matt Jam has held his 15 year residency in Ibiza as well as continually being booked internationally. For 2010 Matt set up his Solo Traxx label brand & continued to release his brand of US House & Garage. Matt has been working with award winning American producer David Anthony & they are looking forward to releasing some new material very soon.

As an unceasing champion of the British music scene, and indeed of great garage music irrespective of origin, it's no misnomer to class Matt 'Jam' Lamont amongst dance music's real pioneers.

UNION is in the heart of Vauxhall village and is noted for its underground feel. Two rooms of pumping bass in this archway venue.

We expect this show to sell out well in advance and as such there will be no tickets available on the door. You are strongly advised to purchase a ticket as soon as possible to avoid any disappointment!

★ BUY IN CASH ★
Contact us to find your local promoter or arrange a time to come into our offices and collect a ticket.

• The door is run by UNION and their word is final

- Right next to Vauxhall's transport hub.
- 87 bus from Charing Cross

Here is the next upcoming event At Union Club Vauxhall, London 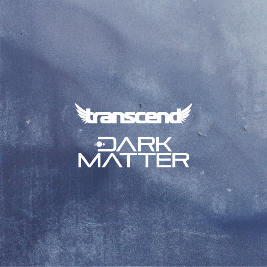 Transcend and Dark Matter return on December 3rd with our final event of 2022 - The Christmas Party!