Skiddle takes on the inca trail

In October 2019, eleven Members of the Skiddle team are set to take on the Inca Trail, a five day hike through the Peruvian mountains to help raise £32,000 for Alder Hey!

Skiddle, has launched a new partnership with Alder Hey Children's Hospital; pledging to raise £32,000 to fund a variety of medical services for young people over the next year.

To reach their £32,000 target, Skiddle - based in the North West - will be undertaking their most dramatic challenge to date: eight members of staff will be climbing the Inca Trail in Peru in October 2019. At an altitude of 13,800 feet, the group will spend five days climbing across three high mountain passes, walking a total distance of over 26 miles.

Since 2016, Skiddle have raised nearly £200,000 for Macmillan Cancer Support in the North West and also support a variety of additional causes including Safe Gigs For Women, Big Issue North and CALM.

A little about Alder Hey

Alder Hey Children's Hospital is the busiest children's hospital in the UK caring for over 275,000 young patients each year. Alder Hey is a Centre of Excellence for children with cancer, heart, spinal and brain disease and a National Centre for head and facial surgery, they are one of only four centres nationally to provide epilepsy surgery and one of two accredited major trauma units for children in the North West - their A & E department treats nearly 60,000 children every year. The staff here for every child every day, providing remarkable care with excellence and dedication.

Every donation they receive enables them to achieve that little bit more from buying vital equipment to building a better environment and providing facilities for families - your support means the world to us, thank you. 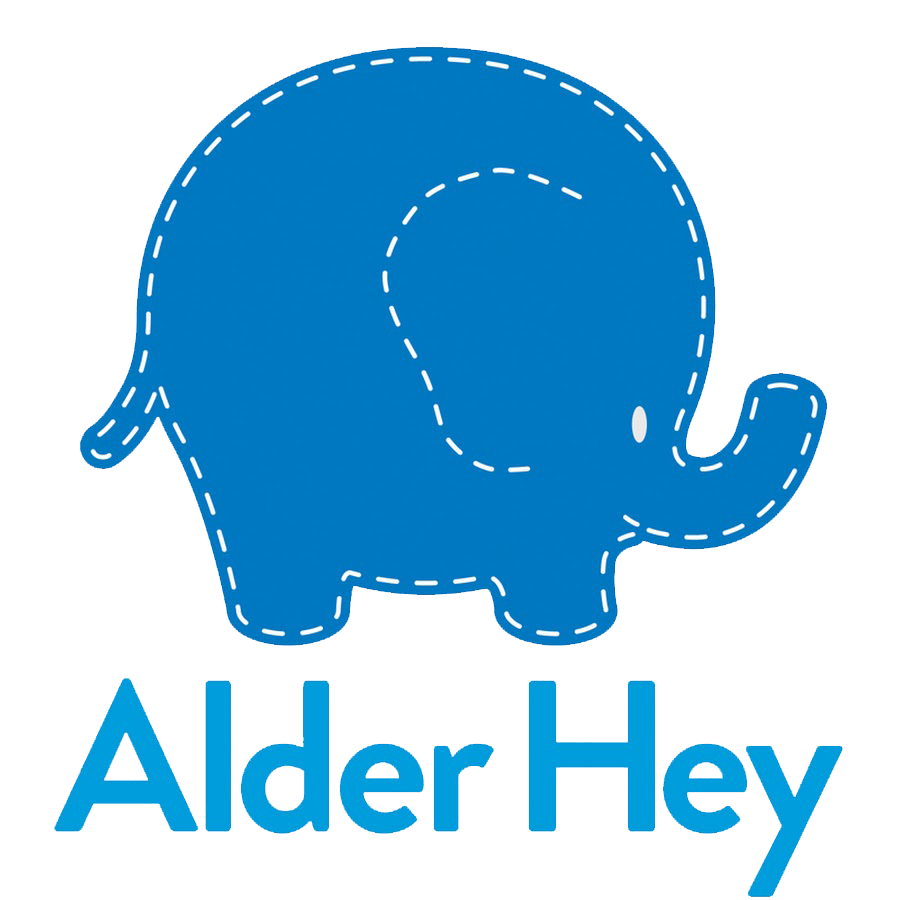 Prepping for our Journey

Please donate and help us reach our goal!

Alder Hey are one of the UK's top children's hospitals, based in Liverpool and treating over 270,000 kids per year.

Last year our daughter Ellie was one of them. At just 6 months old, after returning from a family holiday. she suffered second degree burns to 12% of her body after pulling a hot water jug over herself at breakfast.

It's one of those moments that will be replayed in our minds forever. But thanks to the amazing staff at Alder Hey Burns Unit, Ellie is recovering very well and her scar is fading by the day.

From the moment we arrived at the hospital, with just our dirty washing from the holidays, to a week later when we left, the staff were fantastic and the care Ellie received was second to none. The aftercare we receive is of the same high standard and the staff are always keen to see how Ellie is progressing.

The special pods for burns patients are not available anywhere else. The humidity, temperature and lighting were all individual for each pod. It was like being in a rainforest. After a burn the skin looses moisture so quickly so this personalised atmosphere aided Ellie's healing. The room allowed for one parent to stay next to their child. The support provided for parents is also so important and can only be delivered by a team of staff that give a Sh**t, and they most definitely do! They put our minds at rest and reassured us that Ellie would be alright.

Thanks to technology such as ReCell which allowed Ellie to receive her own skins cells sprayed onto her burn (to avoid a full graft), her wounds recovered quickly and the long term scarring was reduced.

I would like to help other children at the hospital receive the same level of care that Ellie received, so I'm walking the Inca Trail in 2019 with a team from Skiddle, to raise over £32,000 for the hospital.

While the hospital is NHS funded, we know how tight funds can be, so there's often no funds available for some of the more breaking technology. Since starting this challenge we've seen VR models of babies hearts, helping make operations more successful with less risks. This technology is purely available from fundraising.

The trail itself is no walk in the park. Over 26 miles of walking, camping and no showers/toilets, at an altitude of 13,800ft, some serious training will be required. This will be even more of a personal challenge for me, being born with Congenital Hip Dysplasia, so I'll need to be on top shape for October 2019!

Any donations will be very gratefully received, thank you all x 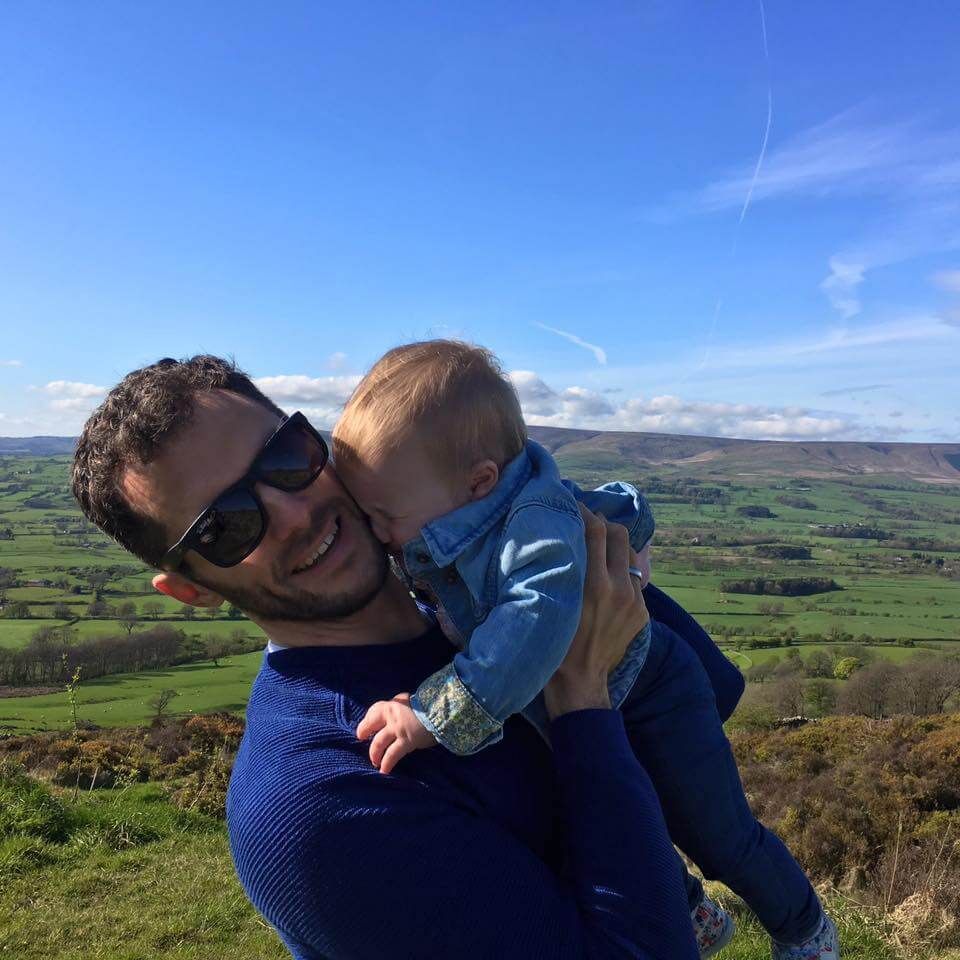 In October 2019 some of the Skiddle team and I will be attempting the Inca Trail in Peru. I've heard it's not the easiest thing in the world. 5 days of trekking and camping, reaching altitudes over 13,000ft. Maybe getting eaten by a giant Peruvian snake? Or bitten by a deadly spider? To make it more exciting we've also got no showers, no electricity, will be sharing a smelly, sweaty tent and will be sh!*ting in a hole.

It will all be worth it though, we are raising money for a great cause - Alder Hey Children's Hospital. Hundreds of thousands of kids are looked after there every year, given top quality care and made to feel as comfortable as possible in some of their most difficult times. The charity does incredible work, researching and developing new technology to make things safer and save more lives. You never know, one day you or I may need it...

The clever people who do all this great work obviously need money to figure out these new magical ways to save lives. Since money doesn't grow on trees (or at least I haven't found the magical money tree yet - hit me up if you know where it is), the charity obviously needs all the help it can get. So, please donate what you can. That part is pretty crucial. Otherwise this will just be me doing a massive expensive walk for nothing.

Biggest donation gets a special Inca Trail souvenir. You will be able to display this coveted badge of honour in your household for years to come, a physical sign showing your friends just how great a person you are. 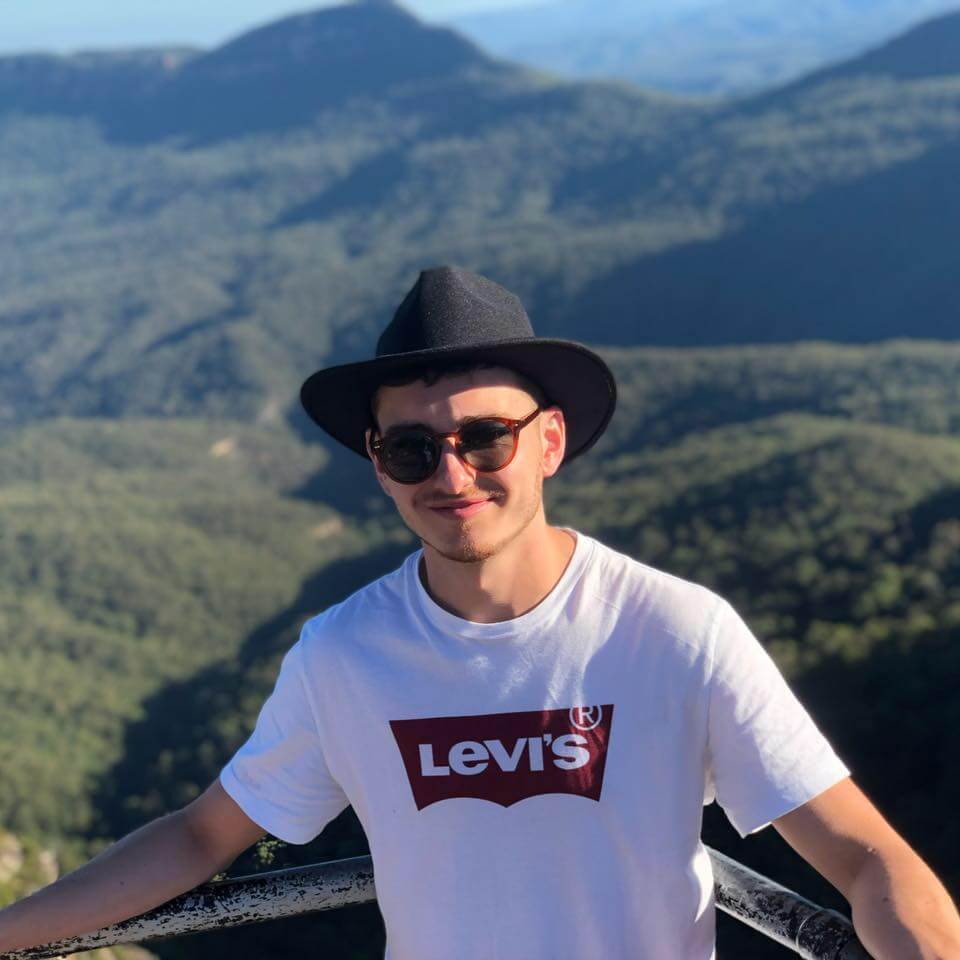 In 2019 me and some top quality folks from Skiddle will be attempting the Inca Trail Trek. That's 5 days of trekking, crossing 3 mountains, at an average altitude of 3300 meters, the highest point being 4200 meters! That means we'll be camping in the mountains with no running water, no toilets and very little contact with the outside world.

We'll be raising money for Alder Hey Children's Hospital, a charity that is very close to my heart. Based in Liverpool it cares for over 275,000 children and their families a year. My connection to Alder Hey comes through my dad, who as a child spent a hefty amount of time there, where they provided treatment for his vision and a broken leg.

Having toured Alder Hey I can tell you it's like no other hospital I've ever been to, it doesn't feel like a hospital at all. A huge amount of effort is made to distract the children from the fact they're ill and make them feel like they're in a safe and homely environment.

I'll be posting regular updates here about our progress, expect to see me jumping on my bike and trying to raise as much money as possible.

Any donations are massively appreciated, thank you! 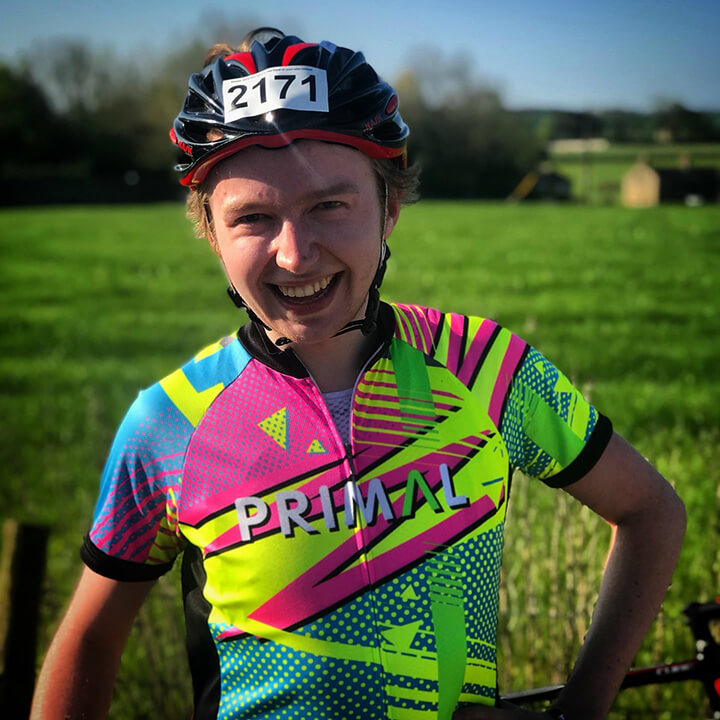 In October 2019 some of the Skiddle Team (me included!) will be undertaking the Inca Trail challenge in Peru.

Five days of hiking across 3 mountain passes at a height of 4,000m (please be kind to me altitude sickness). We'll be camping in the mountains with no running water, working toilets, electricity or phone signal - it's set to be a huge challenge!

We're competing to raise money for Alder Hey Children's Hospital - an incredible cause close to many people's hearts.

With a tour around the hospital, the charity showed us some of the fantastic work they do to try and make what can be an extremely upsetting time for children and their families as comfortable as possible.

We're hoping to raise as much money as possible for a charity that has helped many families within the Skiddle team and across the UK. Any donations or support would be massively appreciated. Xx 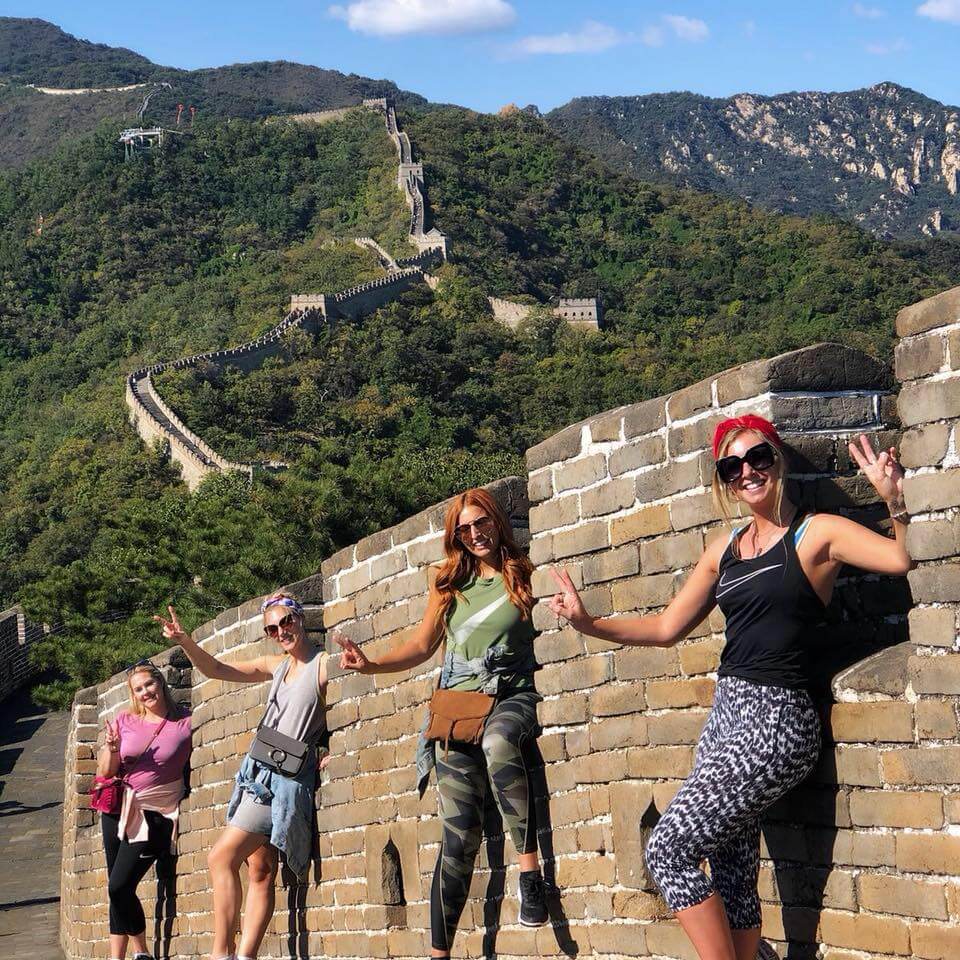 The Inca Trail is a huge challenge; 5 days climbing approximately 52km at an altitude of 3,300m. We cross 3 mountain passes, the highest being 4,200m. Fingers crossed for no altitude sickness and that Chris and I make it out alive after sharing a tent whilst out there.

Alder Hey Children's Hospital is one of Europe's biggest and busiest children's hospitals caring for over 275 000 children with common illnesses to complex and specialist conditions. This particular charity is very close to many at Skiddle and we as a team are hoping to raise as much money as possible for this great cause - any donations will be greatly appreciated. 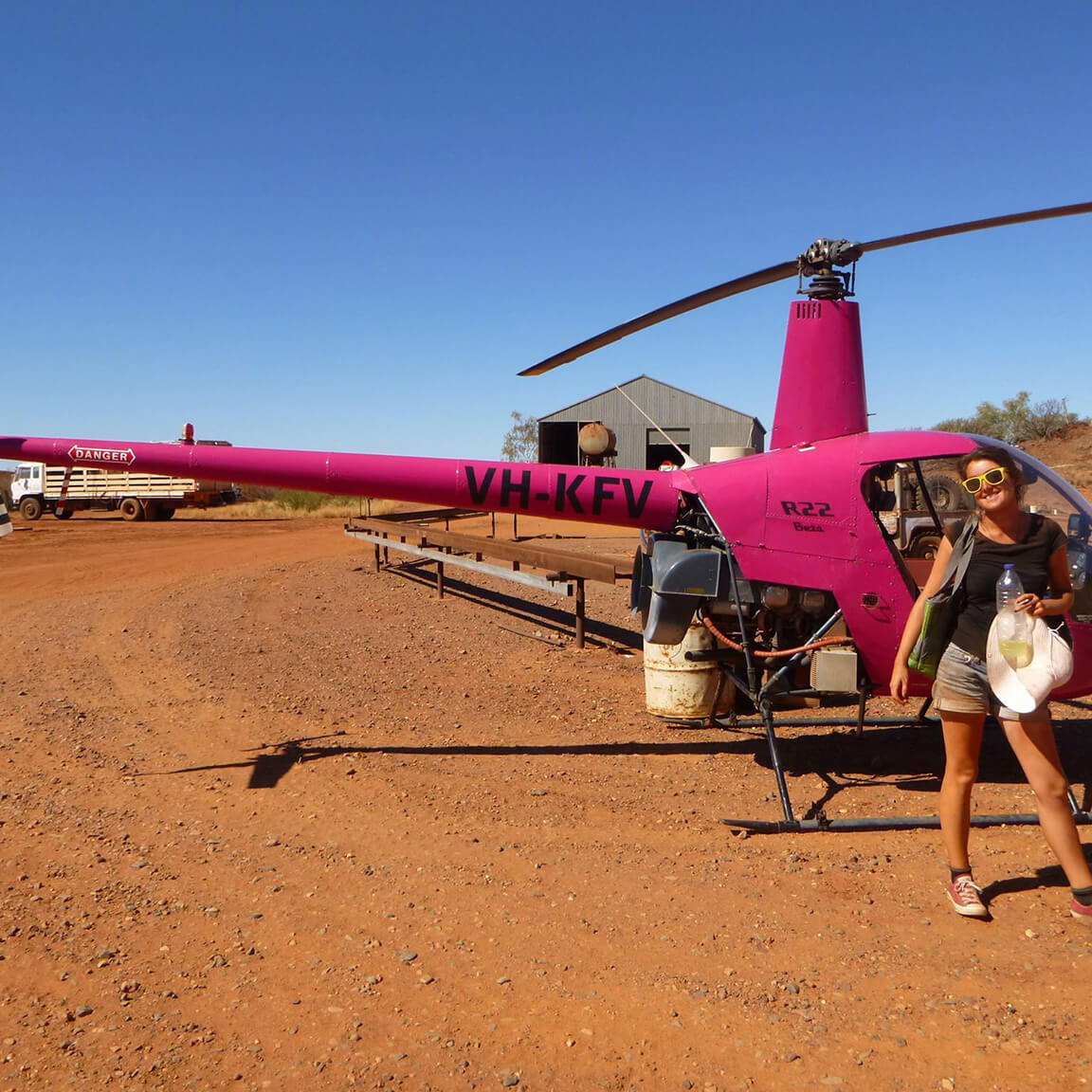 In October 2019 I will be undertaking the Inca Trail challenge in Peru, as part of the Skiddle Team. We are raising money for Alder Hey Children's Hospital, a truly fantastic cause.

My connection to Alder Hey is through one of best friends Colin, whose son Isaac has attended the hospital countless times and still relies on their support and amazing work now. Isaac was born with congenital issues and receives a huge amount of treatment and support from the staff at Alder Hey. Corrective surgeries are helping Isaac to live the most natural childhood possible. He has gone through an awful lot but remains such a wonderful, happy, crazy character!

Alder Hey and it's staff have provided an incredible amount of care for the whole family and this for me is a huge motivation to raise a much money as I can through this challenge, to help make the lives of Isaac and thousands more children that little bit easier.

The Inca Trail is a huge challenge; 5 days climbing approximately 52km at an altitude of 3,300m. We cross 3 mountain passes, the highest being 4,200m. Fingers crossed for no altitude sickness!

I will be posting updates regularly on our fundraising activities and fitness training, we have lots planned.

Thank you for taking the time to read this, all donations are very gratefully received! x 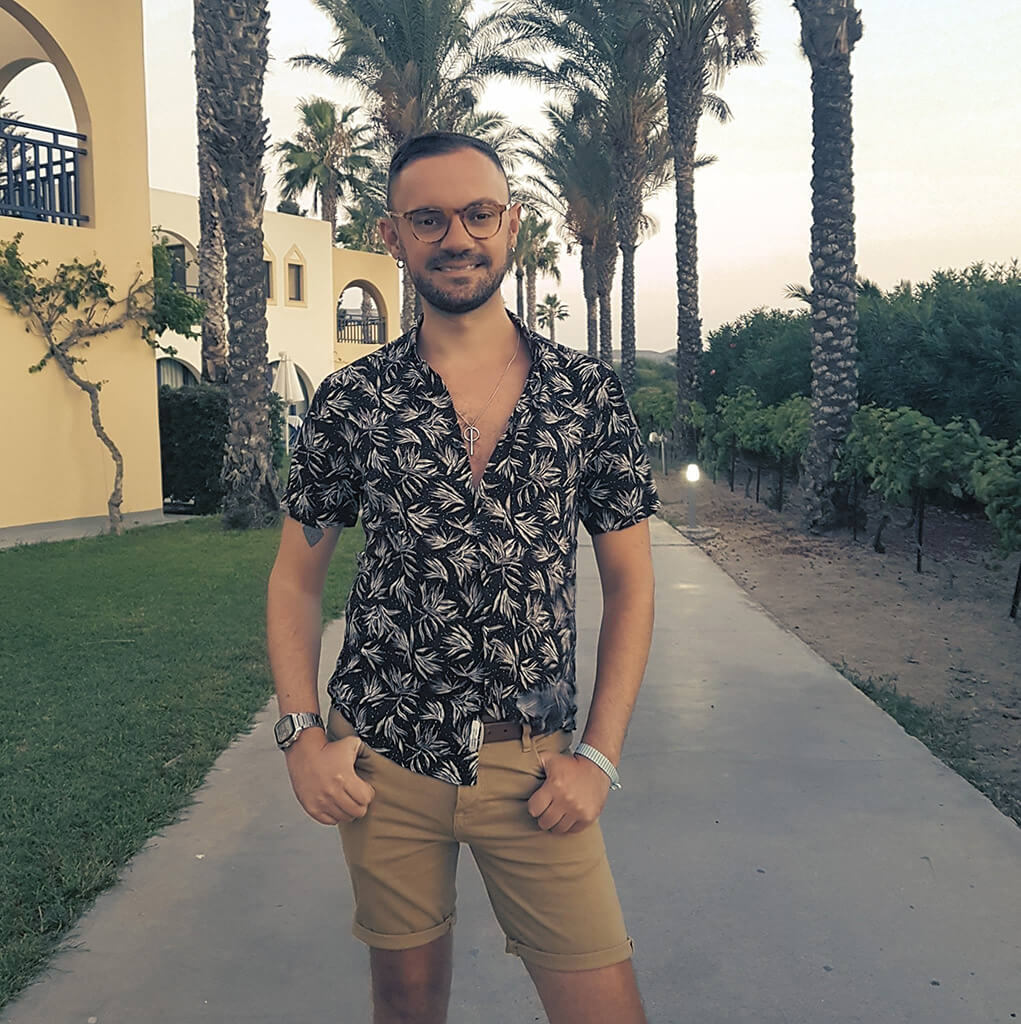