Have you ever wondered why, when October comes around, everyone turns German for a bit and starts drinking ungodly amounts of beer, well, scroll down and find out!

When October comes around, beer lovers of the world rejoice, as it means the annual festival of hoppy goodness is right around the corner. Oktoberfest is a Bavarian bash of the highest order. It conjures up thoughts of beer steins, lederhosen, Bratwurst and pretzels, but with a history that stretches back over 200 years, the story of Oktoberfest is more profound than its stereotypical image.

But, if your sat thinking, what is the history of Oktoberfest? We wanted to put together a little look back on how the festival first came to be, its evolution into the mother of all beer festivals, and how this German tradition became a tradition across the globe.

The first signs of fall are always a good indicator that you need to check the lederhosen still fits. The knees-up normally runs for 16 days, starting around the 16th of September, with the last day always being the first Sunday in October. However, if that 16 day-period falls before Oct. 3, it will usually last 17 or 18 days (which we all secretly hope happens as it gives up that little bit more of an excuse!)

Why is it celebrated? 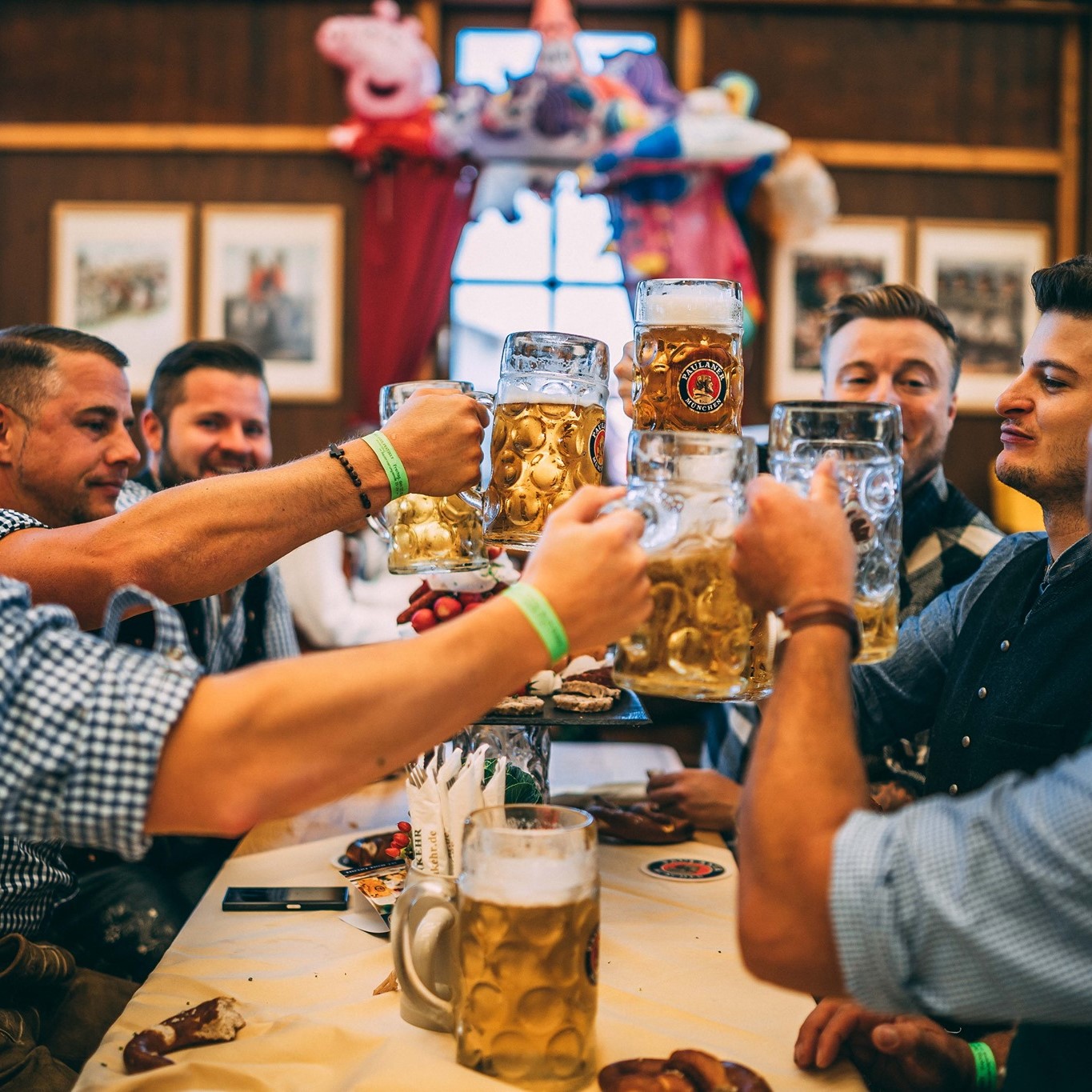 Festivities for Oktoberfest began over 200 years ago, when Bavaria’s Crown Prince Ludwig married Princess Therese of Saxony-Hildburghausen on Oct. 12, 1810. The joyous residents of Munich celebrated the partnership with several days of drinking, feasting, horse racing, and who knows what else.

It ended up being a session of unattainable magnitude, which, as many of us have hoped for after an exceptional night out, they decided to repeat again the following year. They’ve done the same (almost) every year since.

Nowadays, the event, which draws about 6 million tourists every year, pours more than 7 million litres of local beer down attendees’ gullets and more than £1 billion a year into the local economy. If only everyone was that arsed about all of our marriages… well they'd probably last longer.

How has it transformed? 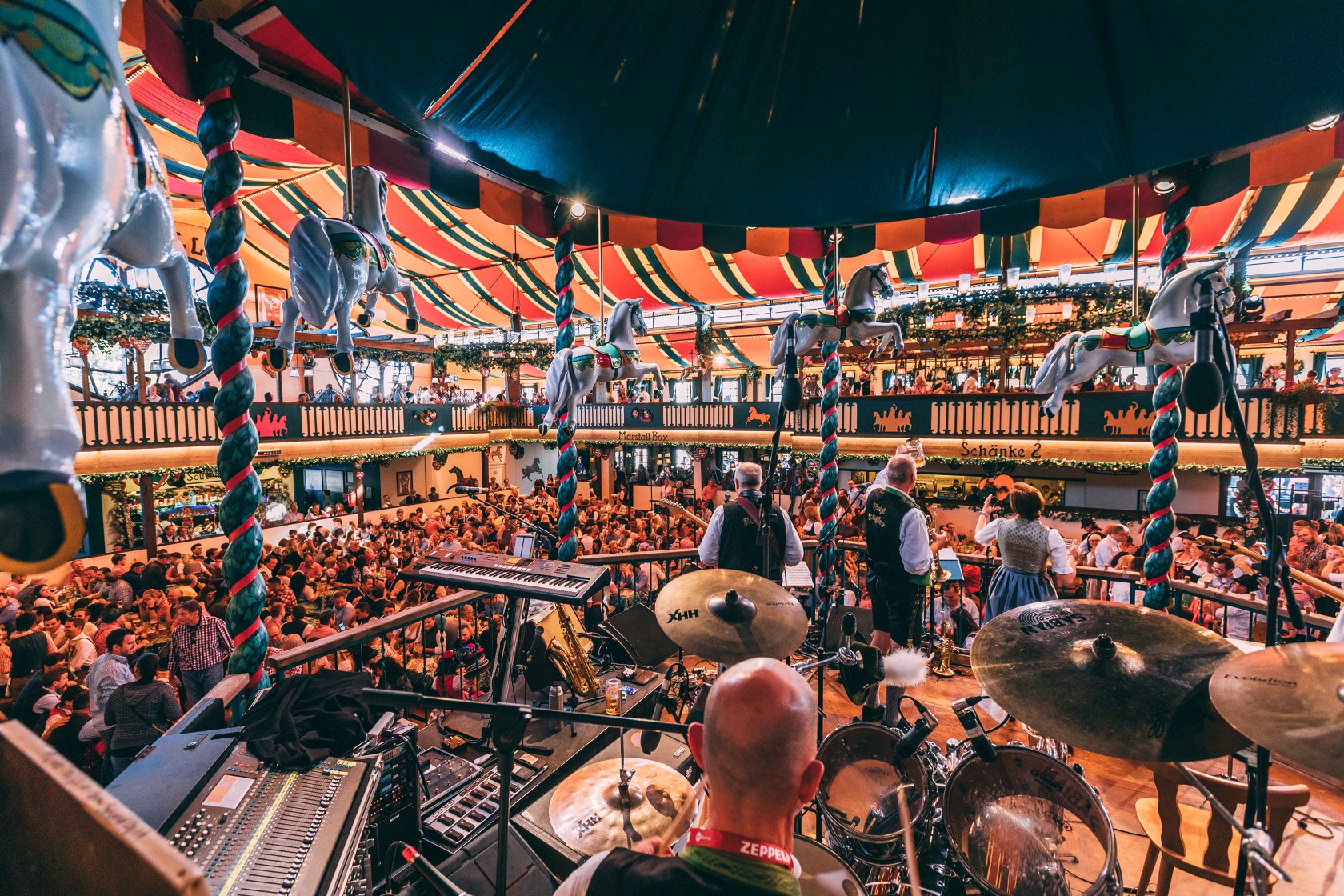 After the Bavarian bender to end all benders, the following year the Germans decided they needed to try and outdo themselves. The horse race was combined with a state agricultural fair, and in 1818 the first signs of the huge tents and tables appeared, with them setting up booths and stalls serving food and drink.

By the late 20th century the booths had developed into large beer halls that we all associate the festival with. Each of the Munich brewers was in charge of one of the temporary structures and obviously kept on trying to outdo each other also. Said breweries are also represented in beer-soaked parades that feature boozy wagons and floats along with people in traditional costumes.

Nowadays, the event draws about 6 million tourists every year and pours more than 7 million litres of local beer down attendees’ gullets and more than £1 billion a year into the local economy. If only everyone was that arsed about all of our marriages… they'd probably last longer.

Where is it celebrated?

Oktoberfest celebrations can be found all over the globe, but mainly in the western world. We can all but guarantee that your local town/city will be doing something. But, if you truly want to indulge yourself, then the main event is still held in Munich, Germany, where the first Oktoberfest was held.

How is it celebrated? 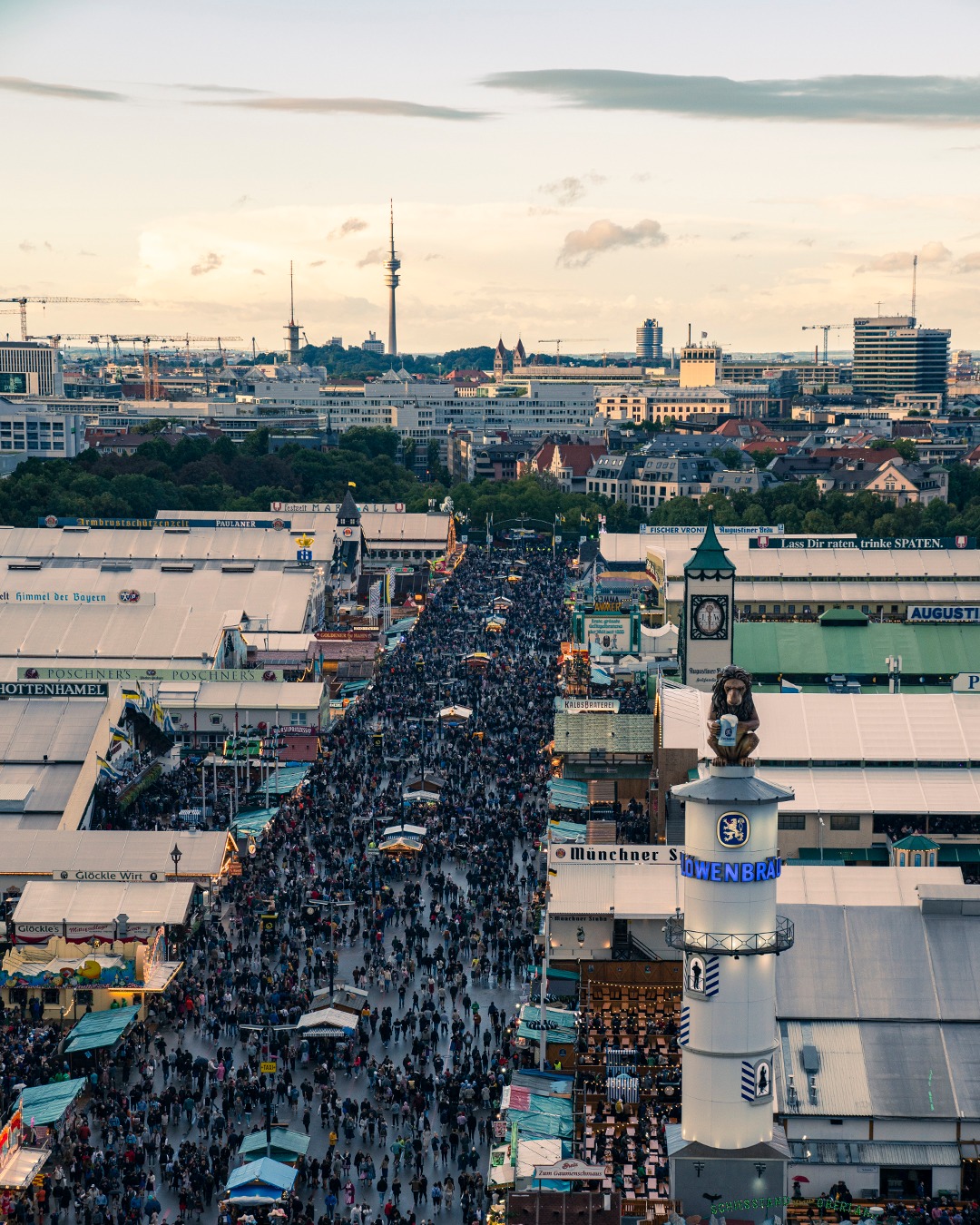 Whilst by now (it's been 200 years guys you should know this) everyone is quite aware of what happens in the hallowed grounds of an Oktoberfest beer hall. But for those who are still confused as to what is Oktoberfest, it usually goes down something like this.

Of course, Oktoberfest is most famously associated with beer, but the festival’s traditions go beyond that. The original six Munich breweries still provide the beer, which is a pretty awesome feat, and while the beer tents, obviously, provide drinks, they also play only traditional Bavarian music and serve a delicious selection of Bratwurst and pretzels. You can also catch people in traditional Bavarian clothing, dirndls and lederhosen performing live music and dances.

People hop between the brewing tents, scrambling for whatever seats they can, and trying to take in everything the festival has on offer. Many come clad in the traditional garments of the event, and it can often turn into an oddly entertaining fashion show.

But truly, the festival is about the revelry of the togetherness and comradery of celebration, and it always hits the spot.

To find yourself a Bavarian bender of your own this Oktoberfest, then check out all of the amazing Oktoberfest events, and sale on Skiddle, by clicking or tapping - HERE

How to prevent a hangover - The Oktoberfest Guide