Take a nosey at some of the gob-smacking, thigh-slapping, fist-pumping live events that have popped on Skiddle this week. Grab yourself a ticket (or two) whilst you still can and make this summer one to remember.

In the week following the UK's first non-socially distanced live music event in Liverpool, which saw the likes of The Blessed Madonna and Jayda G performing to thousands of eager dance fans, Skiddle found itself once again overrun by a torrent of new and exciting gigs, raves and festivals.

Growing in confidence that 2021 might indeed be the year that live music makes its triumphant return, Britain's party-throwing specialists have scrambled into action over the past seven days, announcing huge headline names, bigger and better venues, and releasing a countless amount of tickets.

We don't want to jinx anything here, but it's looking like the summer might still be on.

Run your eyes over some of the events added to Skiddle this week below and try not to get excited. A near-impossible request.

Click or tap on the event titles for tickets and more...

Where: Winter Gardens in Blackpool

Making an almighty return to Blackpool's historic Winter Gardens this June, Blackpool Rocks is set to welcome a host of legendary dance music greats to celebrate the long-awaited return of live music. 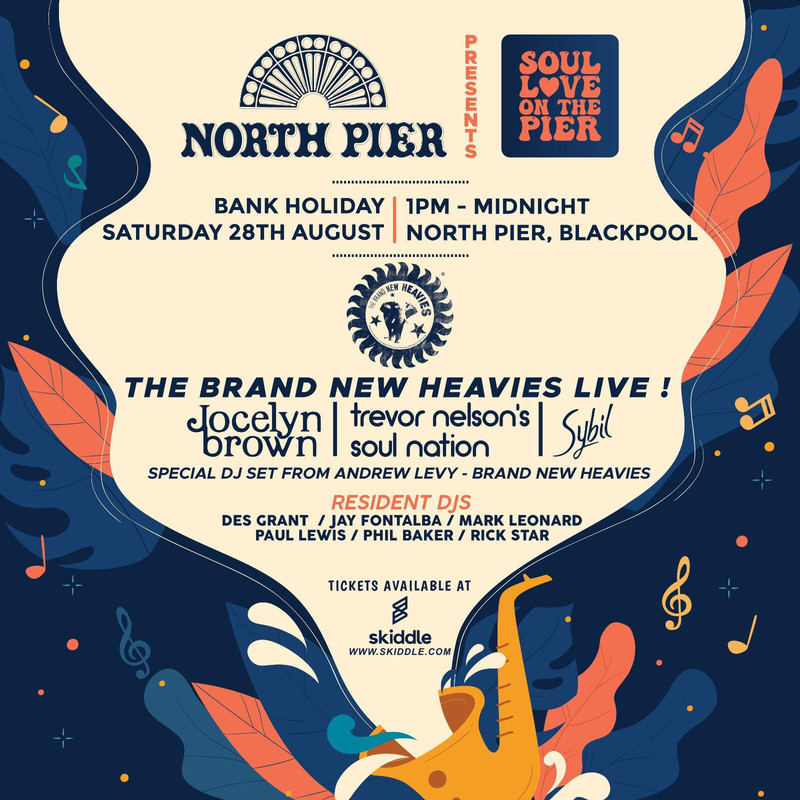 Where: Blackpool North Pier in Blackpool

Another tip-top event happening on the coast of Northern England - Soul Love On The Pier is coming to Blackpool's iconic North Pier this August Bank Holiday weekend.

The all-new soul music event, which runs over Saturday 28th August, will include performances from a list of noteworthy soul greats.

Find tickets for Soul Love On The Pier here

Where: Baltic Triangle in Liverpool

Somewhat of a mecca for dance music fans, not only in the north of England but across the British Isles, Liverpool's Baltic Weekender is finally making a comeback back this summer.

Residing over the city's trendy Baltic Triangle district, the electronic music-focused event has confirmed the appearance of some rather impressive names. Scheduled to take over selection duties across a three day weekend this August, punters can expect to move and dance to sets from Daniel Avery, Leon Vynehall, Shanti Celeste, Dan Shake, Mike Skinner and The Streets and many more.

Where: East Of England Arena And Events Centre in Alwalton

Boasting the very best in house and bass music, Forbidden 42 have gained a reputation over the years for their high energy raves and outlandish party locations. Bringing together their first show since 2019, the esteemed dance brand has announced details of a huge Halloween 'festevil' in Cambridgeshire this October.

Headlining the spooky evening event, Drum n Bass favourites Chase & Status will put the speakers in the East of England Arena to the test, with supporting performances coming from a spectacular list of bass music selectors, such as Sub Focus, Hybrid Minds and Nathan Dawe.

Featuring three different arenas, each providing terrifyingly good lineups and startling visuals, this is set to be one hell of a show you're not going to want to miss. 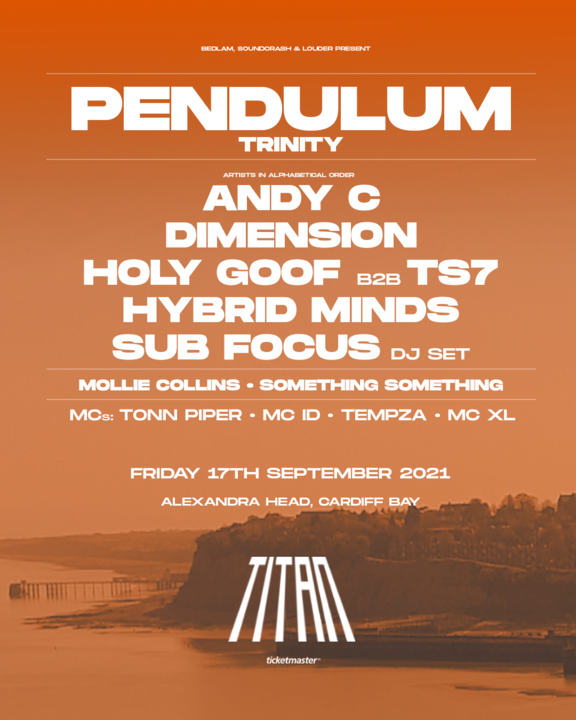 Where: Cardiff Bay in Wales

Sought-after dance event, Titan makes its overdue return to the centre of the Welsh capital this September.

Brought to you by the respected promoters behind Soundcrash, Bedlam and Louder, this year's Titan showcases will feature a number of live performances from some of the world's most in-demand DJ names, over two events this autumn.

Birmingham based techno and house specialists, TRMNL have recently announced their intentions to take over one of the city's most popular nightspots this August

The team behind the renowned dance brand have worked tirelessly to supply Birminghams dance-loving inhabitants with the best sounds from a list of trusted DJs and producers, bringing a special Bank Holiday showcase to LAB11 on Saturday 28th August.

Where: Singleton Park in Swansea

Promising to deliver the biggest dance music lineup Swansea has ever seen, the seasoned promotion team behind the festival, who also look after events such as Cardiff's Inside Out Festival, colour Clash Party and Newport's Party in the Park, will welcome a plethora of performances from a list of DJ greats and fast-rising talents, representing everything from house to trance, drum n bass and more.

Hidden amongst the stunning backdrop of the Shropshire countryside is a hybrid music festival like no other...

Offering its guests a traditional festival experience, filled with music, art and excitement, as well as a relaxing retreat from the constraints of modern-day life, Audio Farm Festival is committed to re-energising those who chose to walk through its gates, with something to suit all needs.

Live music at the event, which takes place over five days in September, comes from over twenty-five UK sound collectives, playing a diverse selection of genres - from house to techno, drum n bass, jazz, and folk.

Attendees are encouraged to explore the festival and experience its intoxicating magic. Witness live cabaret and join pop up parties, watch dancers and circus performers breathing fire over mind-bending visuals, take in sculptures, art installations, and much, much more.

Where: Grand Central Hall in Liverpool

Performing live at one of Liverpool's oldest and most unique music venues, Grand Central Hall, Grammy-nominated Swedish singer-songwriter Jose Gonzalez will serenade a northern audience with his distinctive voice and inimitable blend of folk this December.

The now forty-two-year-old musician, who gained widespread popularity following the release of single 'Heartbeats' taken from his critically acclaimed debut album Veneer, has recently been teasing fans with a handful of new tracks from his forthcoming LP, Loca Valley. The record, which is due for release in September, is his first full length in six years.

Catch the folk sensation live performing his beautiful back catalogue of material alongside a handful of new tracks, later in the year. 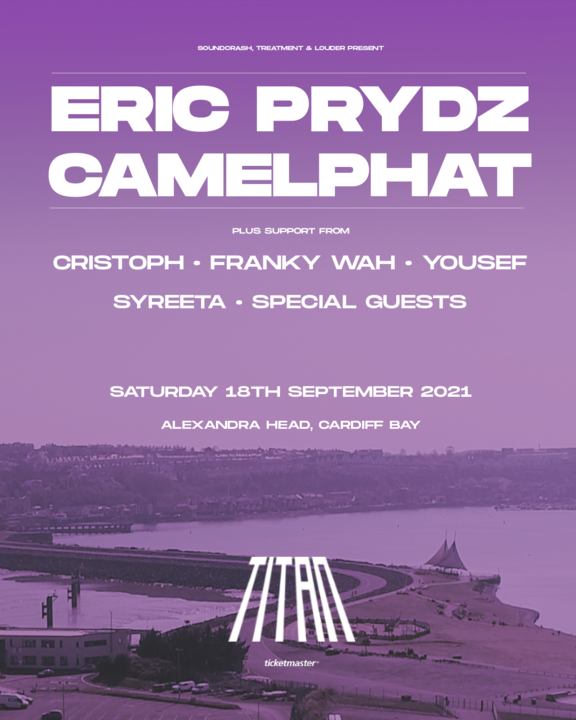 Where: Cardiff Bay in Wales

The second in the series of Titan shows set to rock the ground beneath Cardiff Bay this autumn, boasting performances from two humungous, megastars of dance music at an epic all-day event.

Bringing his typical mind-bending visuals and chart-smashing anthems to Cardiff on Saturday 18th September, world-dominating Swedish dance legend, Eric Prydz will have everyone up and reaching for the lasers to tracks such as 'Opus', 'Pjanoo' and of course, 'Call on Me'.

Make 2021 a year to remember for all the right reasons - head to our Things to Do page or use Skiddle's neat Festival Finder tool and start planning and booking a summer full of live music events, theatre shows, food and beer festivals and much more...