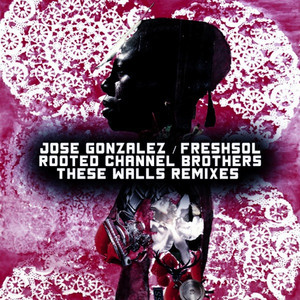 Imperial Recordings is excited to announce the release of José González ‘s new record, Vestiges & Claws. The album, his first in seven years, is out on February 17 and was produced by González in his home as well as Svenska Grammofonstudion, both in Gothenburg, Sweden. It consists of years’ worth of musical sketches that in other hands might naturally sprawl wildly in sound and style, but on Vestiges & Claws González has created a collection of songs that cohere just about perfectly, ensuring his position as one of the most important artists of his generation.

“It was no doubt a conscious decision to work without a producer,” said González. “I didn’t want this to be too polished, or too ‘in your face.’ Most of all, it’s fun to be in complete control of the artistic aspect. Also, I was inspired by and picked up a lot of tricks from the producers I have worked with in the past. I like to use distortion and let things be a little overdriven, which gives things a warmer sound. Sometimes people complain that my music is too muddled, but I really do not want a modern crisp sound. I’d much rather aim somewhere between Shuggie Otis and Simon & Garfunkel.”

The result is an album that is less purist, less strict. One can find traces of inspired protest songs and eccentric folk rock on Vestiges & Claws: staccato grooves and rhythms, frustration and optimism. It’s a collection that is simultaneously confident, free and uncertain.

González said, “I started out thinking that I wanted to continue in the same minimalistic style as on my two previous records, but once I started the actual recordings I soon realized that most of the songs turned out better with added guitars and a more beat-like percussion, and with more backing vocals.”

González has been far from idle in the seven years since the release of his last solo record, In Our Nature. Besides making two Junip albums and touring the world both solo and with the band, González has been active in the studio in various contexts. One project in 2013 was José’s input to the The Secret Life Of Walter Mitty soundtrack, directed by and starring Ben Stiller. Besides previously released José and Junip songs, the film also contains exclusively written material as well as an interpretation of John Lennon’s “#9 Dream.” Earlier this autumn, the AIDS awareness group, Red Hot Organization, released the compilation Master Mix: Red Hot + Arthur Russell, where González and guests play a very groovy, sax-laden version of Russell’s “This Is How We Walk On The Moon.” During this time, his song “Far Away” won the “Best Song in A Game” at the Spike Video Awards and Rolling Stone named Junip’s “In Every Direction” a Top 50 single of 2010.

Vestiges & Claws is, however, the first album where he has chosen to include exclusively original material, largely revolving around ideas of civilization, humanism and solidarity.

Jose Gonzalez has been mentioned in our news coverage

Here are the latest Jose Gonzalez mixes uploaded to Soundcloud.

Do you promote/manage Jose Gonzalez? Login to our free Promotion Centre to update these details.