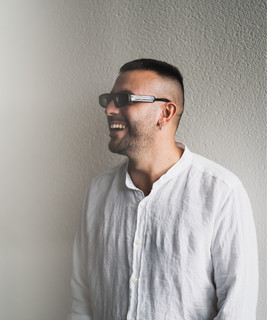 Do Not Sleep Manchester

As all you Tech House lovers know, Marco Faraone requires no introduction. He may be young, but his achievements within the dj & production scene stretch a long way, leading him to be highly thought of by all. He was born in Lucca, Italy, in 1988, with music running in his blood as his grandfather was a folk singer & guitarist, and his father was dj/host of one of the first dance music radio shows in his region. By the time he turned 14, his passion, charisma and determination for music, saw him playing in clubs throughout his local region of Italy.

By 2008 he was playing at one of Spain’s largest electronic music events, the Klubbers Day Festival (Telefónica Arena in Madrid), as well as a number of the capital’s top clubs such as Fabrik, Danzoo Macumba & Life is Music parties & supplemented this with his first production release “Arabia” on the label of Alex Neri (Tenax recordings). 2009 led to more big name festivals such as Electrosonic (Burgos, Spain) & collaborations with Luca Agnelli in the form of EP’s such as Meat Pack. Its was during this time that Marco caught the eye of leading names such as Loco Dice, with many of his tracks becoming a staple in Dice’s sets during this period. By the end of the year, Marco also had a new 12 inch ready, the "Want life time EP" which reached the Number 1 position on leading international online shop, Decks.

In 2010 projects included studio collaborations with his new friend Arado, which lead to huge success in the release of what is hailed as one of the best tech house tracks of all time . . . Strange Neighbours was released on Moon Harbour in 2010 & continues to ring out through the speakers of any reputable current rave. 2011 & 12 has also only seen Marco grow from strength to strength with a consistent line of huge releases including Raw Way (Etruria Beat), Jeans In The Fridge (Four Twenty) & more recently Orange Again (Moon Harbour) to name but a few.

Marco Faraone has been mentioned in our news coverage

Here are the latest Marco Faraone mixes uploaded to Soundcloud.

Do you promote/manage Marco Faraone? Login to our free Promotion Centre to update these details.