We spoke to Stealing Sheep about their new album Not Real, David Lynch's In:Dreams project, Mythopoeia 3, the closing of The Kazimier, Liverpool Music Week and more.

Stealing Sheep are all the noise right now coming out of Liverpool's many cultural quarters. It's with their latest record Not Real where they've really come into there own, primarily dealing in a kaleidoscopic portal of art-pop that distorts, glimmers and blossoms with each and every vocal harmony that frequents their abstract assemblage.

Signed to indie juggernaut Heavenly Recordings, the group have exerted their enchanting appeal on this year's festival season, touching down at Glastonbury along the way.

Keyboardist Becky Hawley tells me they've just spearheaded their own in-store at the hallowed Rough Trade, rubbed shoulders with 808 state and Temples at OnBlackheath and journeyed to Green Mans Courtyard at King Cross on a four day hop of London.

Throughout the conversation we touch on an ample spectrum of subjects: spanning from the band's latest album, playing David Lynch's In:Dreams Project, band dynamics, the final Mythopoeia at the Kazimier, the ever-shifting landscape of Liverpool's cultural eco-system and this year's Liverpool Music Week.

What's it been like to get the album out in the open?

Good, we're kind of half way through now and we've had our own tour and we also did the festival season which is just coming to an end. It's amazing because people were just kind of singing along and were more familiar with it.

What have been your highlights of the festival season so far?

There's been loads of different highlights. Glastonbury was amazing, it's obviously amazing to be part of that and then there was smaller kind of independent stuff that we did.

There was a festival called Fire On The Mountain which was quite unknown and limited. We brought our Mythopoeia session to that with all of our friends, puppets and dancers.

We've also been up to Paris quite a lot which has been exciting.

Where you in Paris for the In:Dreams project?

So the In:dreams project is a David Lynch revisited show which is a collaboration between loads of different artists and directed by a guy called David Coulter. That's touring Europe in November, and in Paris we get to play this quite new Philharmonic Orchestra called the Philharmonie. It's an amazing building and we're really looking forward to going back.

What songs will you play there?

It's like a reworking of songs from David Lynch's films and we can do what we want with them basically. A lot of the other artists do it quite true to the original. But our angle is that we're trying to produce something unexpected with our piece so that's what we kind of add to the show.

Do you construct them using a similar motif to Not Real?

We use the same instrumentation so there's a sort of signature style that comes through and our writing style is kind of identifiable. It's the same tool kit coming through on the album that we're using on the tracks.

Speaking of the album, there was quite large gap between your debut and this years follow up. What was the reason for the musical change in direction?

It was kind of a natural evolution that was born out of the first album which we toured for two years. I think as we were playing it live we were finding out what was working and what wasn't working. So there was a lot more of the sound scape that we wanted to change instrumentally.

In the first album it's all in a similar range. Our vocals, keyboards and guitar are quite in the middle, so we wanted to get more space in the music which changed the way that we approached it from the next album. Then we learnt quite a lot about recording and pre-production and how to fully realise how we wanted it to sound

Is it continually developing?

I feel like we're always after a progressive sound so we're always trying to develop it and play with different styles and genres. That's why it sounds kind of eclectic because it's pulling from different references to create the message we're trying to put across because each album has got its own message.

You're quite a visual band, do you perceive that to be important?

Yes it's quite equal to the music in that it's part of that kind of palette you're touring from to convey that message or concept. With this album it was a continuation of not knowing what is real or what's not real and the illusions around us.

That was a kind of playful concept to explore based on visuals because it was creating a weird perspective. It was really fun to explore surrealism.

Where does that come from, are any of you involved in any separate art projects?

Well basically Emily and Lucy both studied fine art so they're kind of coming from that background were you research art and learn how to use it in your own work. It's an evolution of what they've already started for themselves.

We've got a show called Mythopoeia which is kind of more experimental grounds for all of those ideas we have for visuals that we then filter out to make a band identity.

I've noticed the dress code for Mythopoeia is legs. Is that inspired by your album artwork?

Yes that's inspired by our cover which inspired a sort of weird surreal trip which is all about legs. We incorporated legs into a lot of our visuals because if you put a frame around legs then it's kind of a surreal concept, and what we're playing with is taking objects out of their context and suddenly they're meaningless. Then you can add new meaning to them.

What exactly is Mythopoeia?

We're writing a new piece of music that involves dancers interacting with it. It's a UV leg light show with an exclusive piece of music that's off the beaten track of usual Stealing Sheep and more disco and techno kind of music. It's more dancey.

Will you take the show elsewhere, after the final show at The Kazimier?

We haven't thought about it, potentially. It depends whether there's a suitable place because the art directors behind it have a similar artistic ethos to us. They take a lot of pride in their work and it's not about purely about making money. It's about making a sustainable artistic scene.

One of the directors is called Sam Cromby, he produced our first album and mixed the second album. We're quite close to that team and they've gone onto to start a new project called the Wind Factory which is really inspiring for us because they use a lot more of technology in their art.

It's world which we're not familiar with so it's amazing to have those people round you to see what's possible to progress your art. They've got like human light sequences that we've been involved in as well, so it's been nice to be able to bounce ideas from that perspective.

What are your thoughts on the Kazimier being forced to close its doors?

It's a big loss for Liverpool. In a positive sense we'll stretch our imaginations a bit more to move on to different things because it's had a long life span.

Hopefully it'll encourage the new people coming into the city. You know there's going to be a big hole and creative platform which is missing to many people - which is probably part of the magnetism of why they came here in the first place.

The council have really overlooked something there because it's a point for people coming here, and instead they're building flats for people that no ones going to want to live in because there's no attraction there, no culture, you know? Nothing happening.

What effect do you think it will have on Liverpool culture?

It was a game changer because suddenly international bands were coming into Liverpool when before they just boycotted it because there was nowhere to be. It's just a shame for that kind of place to be removed from the people of Liverpool. Touring bands aren't going to bother. Where are they going to go now, the 02 Academy? Like they want to play there.

Speaking of international bands coming to Liverpool, tell us about your involvement with LMW.

The LMW show is a bespoke show which is a collaboration with an orchestra called Immix. It's classical musicians and classical dancers from Ireland that are coming over and we're adding the contemporary pop seal. It's supposed to be genres colliding to engage classical with contemporary.

We've been involved in that pretty much every year. We're good friends with the guy who runs it called Mike Deane and he was kind of a player in helping us get started in the first place.

It's brilliant because he brings in all these quite artistic bands. So you've got someone who isn't capitalising on stuff and he's actually into music. Then also for local Liverpool acts that are just starting out, they get to support big names. We supported tUnE-yArDs in one of our shows and we also supported Django Django.

Thanks Becky, we look forward to that.

Stealing Sheep play at The Rainbow Venues on Wednesday 30th October (tickets below) and The Bluecoat on Sunday 25th October for Liverpool Music Week.

Upcoming Events At The Mill , Birmingham

Here are the next 4 upcoming events At The Mill , Birmingham 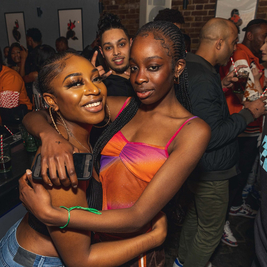 Get ready to Nuh Linga & Zanku as we prepare for the BADDEST Bashment & Afrobeats VIP Party in Birmi... 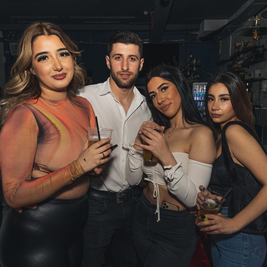 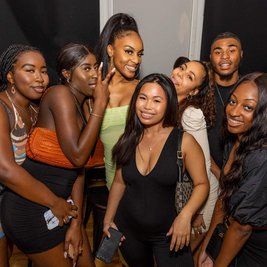 The Midlands Biggest End Of Term Party Comes To Birmingham 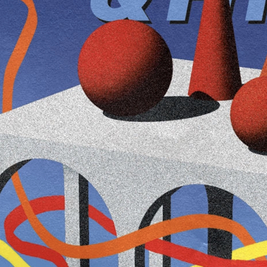