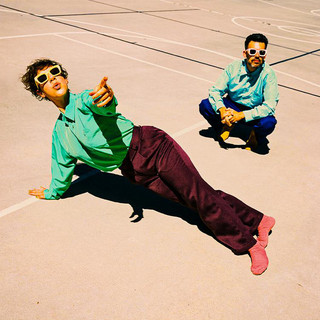 tUnE-yArDs is the moniker of Oakland-based musician Merrill Garbus (b. 1979 in Connecticut, United States). To date, she has three full-length studio albums and is currently signed to the British independent record label 4AD. She was formerly a member of Sister Suvi. Her debut album Bird-Brains was first released on limited edition vinyl and cassette in June 2009, via the Portland-based imprint Marriage Records. In July 2009, it was announced that tUnE-yArDs had signed to 4AD, and a limited edition pressing of BiRd-BrAiNs was released on August 17, 2009.

Read more about tUnE-yArDs on Last.fm.

tUnE-yArDs has been mentioned in our news coverage

Below is a sample playlists for tUnE-yArDs taken from spotify.

Do you promote/manage tUnE-yArDs? Login to our free Promotion Centre to update these details.