We sent wordsmith, Sam Kershaw to catch band-of-the-moment, Fontaines D.C. live at the Manchester Academy earlier this month. Hear what he had to say about the Dublin quintet's explosive live show...

The literary inspired post-punk quintet return for their third and final night of a residency at Manchester Academy. In buoyant mood and with a raft of new songs in tow to celebrate A Heroes’ Death, the critically acclaimed follow up to their Mercury-nominated debut, Dogrel.

Grian Chatten bounds onto the stage sporting his BBC Three Young Offenders tracksuit. The arms stretched and out of shape covering his hands, like an insolent primary school kid’s reaction to not being allowed to wear his polo shirt in the playground despite it being freezing outside. A pastiche of 'Bring It On Down' era Liam Gallagher, snarling down the barrel of a gun and at anybody in the front row willing to take him on, a shaman in an altered state of consciousness with a nomadic smattering of Mark E Smith for good measure. He is unnerving and androgynous at the same time, unsure whether he would pinch your bum whilst chatting you up at the bar or steal your wallet as you are getting the beers in.

The band go for the jugular from the off with a pulsating race through 'A Lucid Dream', complete with its layered Mogwai guitars and a breakdown reminiscent of The Verve’s 'Northern Soul'. The driving drum signatures compliment Chatten’s vocal, which is timed perfectly but pushed so hard that it’s on the periphery of breaking point.

The crowd turn the marauding 'Liberty Bell', a lament on the city they call home, into a call to arms celebration of working-class violence. Chatten reminds the audience that ‘life isn’t always empty’ and that ‘happiness really ain’t all about luck’ on a punishing red light rendition of 'A Hero’s Death' and with little time to come up for air, we are catapulted into a ferocious lo-fi slant on 'Televised Mind' an ode to Primal Scream’s chemically infused long-player, 'XTRMNTR'.

These moments are juxtaposed with a liquor-infused Shane MacGowan take on 'Dublin City Sky', which shrinks Manchester Academy from 1,800 punters to an intimate backroom of a pub in Dingle, celebrating that sweet spot post six pints of Guinness, with everyone singing along arm in arm. This is followed by a beautiful call and response from the audience on 'I Don’t Belong' as Chatten flexes his lyrical muscles with a doth of the cap to Yeats, ‘I heard I’m serving as a soldier, in the annexe of the earth’.

The production has stepped up a notch this time around but remains modest enough with the exception of the inflatable eyeballs on the backdrop of the stage being released into the crowd, ala Flaming Lips, halfway through the set. The rhythm section of Conor Deegan (bass) and Tom Cull (drums) are the driving force of the band, the hardworking holding midfielders that the red side of the city are currently lacking in their ranks. This frees up both guitarists, Conor Curley (you don’t have to be called Conor to be in the band, but it clearly helps) and Carlos O’Connell to construct the set, from vast walls of layered noise and brooding melancholy to the odd shimmer of downbeat indie pop.

If the last two years have taught us anything, it’s to celebrate what is real and Fontaines D.C. are just that. You can tell that Chatten and co probably don’t buy into being famous, but they know how to drag you headfirst through a raucous 90-minute rock ‘n’ roll show, giving their ten penneth about austerity, gentrification, and the daily grind in the process. There is no time for niceties or engaging with the crowd between songs and after being locked up with the sound of silence for 18 months, who really needs them. 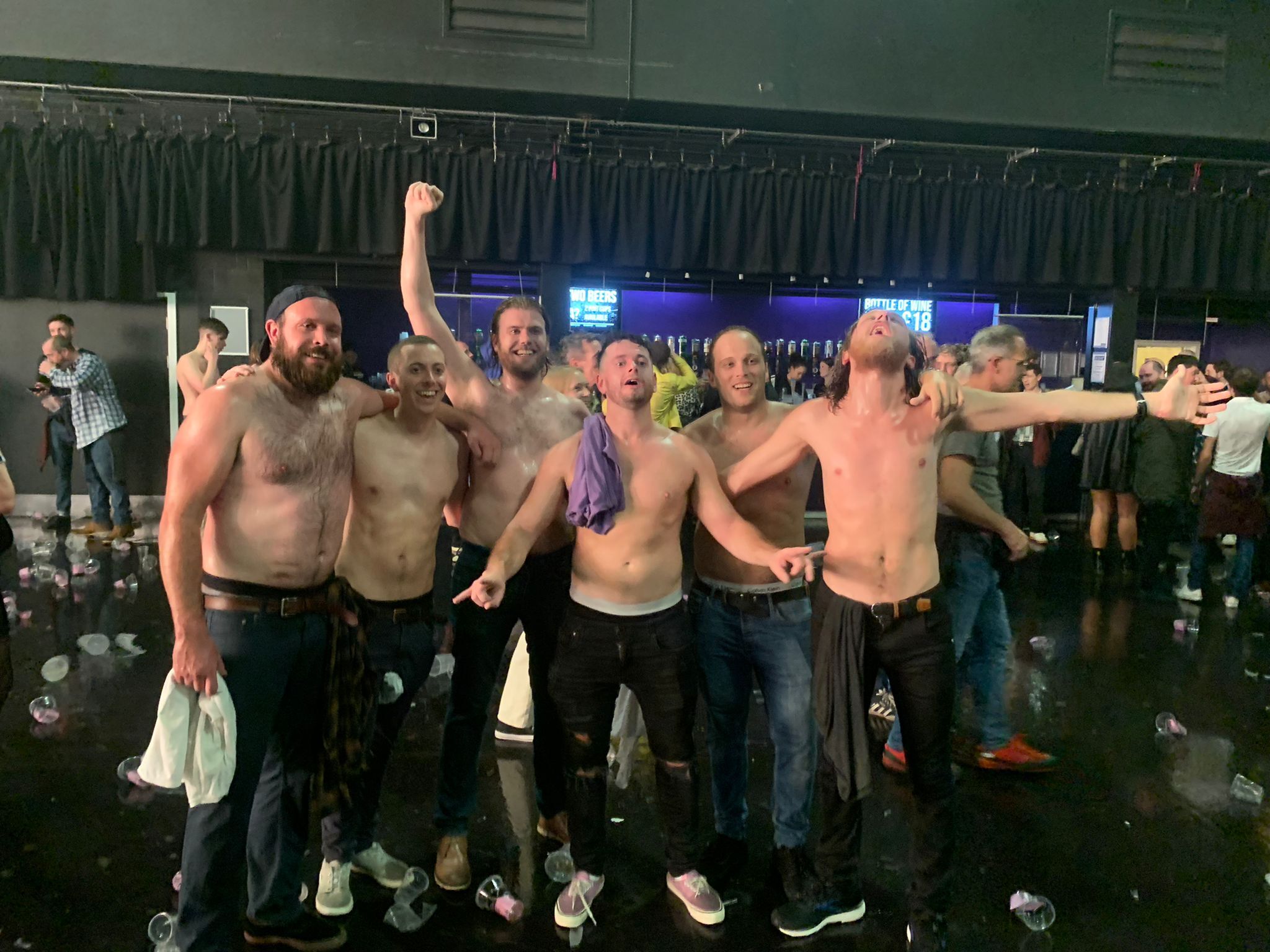 The home straight sees five shirtless lads dripping in sweat bellow every single word to the Irish anthem for the disenfranchised, 'Boys in the Better Land'. In a sea of white noise and without acknowledging the adoration, the band disappear into the night leaving the audience in a state of exhausted euphoria.

As a live outfit, Fontaines D.C. are a force to be reckoned with. Catch them somewhere down the road and ensure to pack a spare t-shirt for your post pint debrief.

Find out when and where you can catch Fontaines D.C. live by clicking or tapping - here

For more loud and rowdy gigs happening where you are, head to our Gigs Guide or check out our latest Skiddle Gig List feature.

Live Review: The Pigeon Detectives at the O2 Ritz in Manchester