Ahead of their stint on the Lovebox Festival line up, Jimmy Coultas assembles the ultimate introduction to the ramshackle genius of the Wu-Tang Clan.

In 1993 Wu-Tang Clan released their first album Enter the Wu-Tang (36 Chambers). When people talk about game changers within popular music, they rarely encapsulate as seismic a shift as the one delivered by the Wu, the nine Staten Island emcees ripping up the rulebook on what hip hop represented.

They not only spearheaded the surge towards a grittier and street-focused direction within the genre, also managing to revolutionise the business of the industry. Their fashion line Wu Wear blazed a trail for hip hop themed clothing, and RZA's epoch-defining recording contract for the clan - which allowed all nine members to separately negotiate their own solo career - was unheard of at the time.

To celebrate the 25 year anniversary of their debut this year, they're making a UK festival exclusive appearance at Lovebox Festival, bringing their inimitable swagger to London in July. As such we've clawed together the essential tracks to introduce you to the madness behind hip hop's most infamous gang.

“I smoke on the mic like Smokin Joe Frazier”

With seven simple words Inspectah Deck unfurled the first bit of dialogue rapped by the Wu-Tang Clan. It was on the posse cut to end all posse cuts, as every one of the clansmen bar Masta Killa (still yet to join the group) delivered a brilliant verse.

This has everything, ODB’s wiling out, RZA's ramshackle production and GZA laying down the gauntlet for what Wu would represent at the end, with a scathing critique of his former record label.

If 'Protect Ya Neck' was Wu’s most emblematic record off their debut, 'C.R.E.A.M' is easily the best. It pits Raekwon and Deck to tear through the rugged realities of living on the streets, with Rae at arguably his angriest ever on wax, the way he snarls "So I got with a sick-ass clique and went all out" a high point in a career built on them.

It's Deck though that takes the glory, his verse shot with the pain of "twenty-two long hard years", whilst RZA's haunting production and Method Man's classic hook have helped take this track to mythical status. Probably the finest hip hop song of all time.

ODB's leftfield charm is best suited by this duet with RZA, where the latter's analogue beat provides the perfect backdrop of rawness for the two to go back and forward. It's rough and ready, sounding half-finished, but all the better for it.

Only Built 4 Cuban Linx...Pt. II is arguably the best solo album from Wu, with this quite possibly the finest track off the magnum opus. It boasts a sample from Al Pacino classic Scarface, RZA production which veers between the darkly sinister and muted euphoria, and Rae and Ghostface Killah tag teaming like only they can.

"Tommy ain't my motherfucking boy". So begins GZA's scathing critique of record labels, taking off where he started on 'Protect Ya Neck' for a brilliant demonstration of wordplay that riffs on a number of legendary rap imprints.

What makes the Clan so enduring is their strength in depth. Whilst the household names like ODB and Method Man keep their notoriety at the forefront of popular music, it's the lyricism of unheralded rappers like Masta Killa and Inspectah Deck which have kept the legions of fans so riveted over the years.

Take this closing verse from Cappadonna, which eschews rap's standard insistence on 16 bars for averse to obscene limits with 54 of the couplets, the result an astonishing tour de force of slang drenched stream of consciousness.

'Triumph' was Wu's breakout track from sophomore effort Wu-Tang Forever, but this, the follow up single, feels a stronger effort which marries Raekwon, U-God, Inspektah Deck to one of RZA's finest ever beats.

The Clan's leader also gets buss on the mic, with one of the more bizarre putdowns in rap history, lashing out that "you couldn't punch your way out of a wet paper bag, with scissors in your hands".

It's a moot point, but there's a strong case being made for GZA being the Wu's top emcee during the nineties. What isn't open for debate is Ghostface reigning supreme as the Clan's numero uno in the following decade, and this track surmises the metaphorical passing of the crown.

Here he has two verses, the first epitomising his madcap storytelling when painting a picture of a corrupt priest ("Oooh! Rev. ain't right, his church ain't right, Deacon is a pimp, tell by his ice"), the second his inimitable blend of stream of conscious brags and vivid imagination.

With Only Built 4 Cuban Linx...Pt. II, the sequel to his 1995 masterpiece, Rae finally returned to form across a whole album after a number of years in the wilderness. This vintage string laced J Dilla beat is the backdrop for him, Ghost, Deck and Meth to combine for another lyrical powerhouse offering.

The Wu-Tang Clan play Lovebox Festival 2018, which takes place from Friday 13th to Saturday 14th July. Lovebox tickets are available through the box below.

Five of the Best: Public Enemy

Here are the next 4 upcoming events At Gunnersbury Park, London 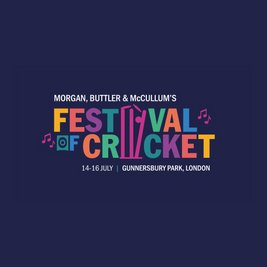 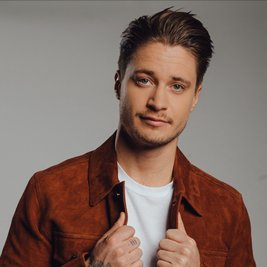