Henry Lewis chatted to the Canadian singer-songwriter about a chance meeting with Alan Mcgee, her Oasis obsession, and working with Anton Newcombe.

At just seventeen years of age, Toronto-born Tess Parks made the mammoth trip to London to pursue education and satisfy an Anglophilia stemming from a passion for British indie, more specifically Britpop-defining Manchester legends Oasis.

Coincidental then that she should attract the attention of none other than Alan McGee, Creation Records boss and former manager of The Gallagher's outfit. Their chance meeting was almost squandered when Parks had to return to her home country, while McGee, at the time, was completely out of the music game.

After moving back to her hometown in 2012, Tess formed a band, while McGee returned to music with his new label, 359 Music. Tess released her debut album Blood Hot in November 2013, as one of six new signees to the label.

Since then, Parks has recorded with Brian Jonestown Massacre's Anton Newcombe, no less, releasing I Declare Nothing in 2015, before dropping an E.P, Pish, together the same year.

With an appearance at Manchester Psych Fest 2019 on the horizon, Henry Lewis caught up with Parks on the phone...

What did you first make of England when you moved over at seventeen?

TP: "I love England. I felt drawn to it from a very young age mainly because of the music scene. At seventeen, I was just so excited. It was obviously my first big move far away to a different country. I was overwhelmed by my freedom. I lived in halls of residence and all of my new friends were my neighbours and it was a revelation to me that that was even possible. I loved sitting at the front of a double decker and being able to ride it all the way to wherever it lead me. I did a lot of writing on buses and trains."

What music was most present in your household while growing up?

TP: "I grew up listening to what my Dad listened to, which was a lot of the local rock radio station in Toronto, 102.1 the Edge. So, in the 90s they played a lot of Nirvana, Smashing Pumpkins, Oasis, The Verve. And a lot of classic rock.. The Beatles, The Stones etc etc. All of the greats.

Your passion for photography is what brought you to the UK in the first place - can you tell us about some of your favourite photographs?

TP: "Oh wow, I have so many favourites. I'll share some."

@iamtessparks is not only a great musician, she’s also a talented photographer and HUGE #Oasis fan (hence the shot of Alan McGee - who also signed her) Check the @skiddleuk website for our recent interview with the ‘Somedays’ singer. Here’s 10 of her favourite snaps...

What was your experience of first meeting Alan McGee? Did he have to explain who he was or did you already know?

TP: "ALAN McGEE! Of course I already knew who he was! We met on the set of Svengali, he was shooting his scenes at 12 Bar on Denmark Street. I went up to him in between takes, which I realise is very bold and inappropriate, and the first thing I said when I went up to him was "WOW! You signed my favourite ever band! You are my hero!""

He always says I took him aback by my timing, but I guess I left an impression because I gave him a CD of my demos, which he listened to, and then I ended up being one of the first six signings on his label, 359 Music, in 2013. He changed my whole life. And I have the lifetime satisfaction of receiving my first record deal from the same man who gave Oasis their first record deal. I could die happy at anytime."

You've worked with Anton Newcombe who can be quite a controversial character - what is he like?

TP: "Hey, I love Anton. When I met him he was not the man that you see in Dig!. He is a discipled musician with a lot of great talent to share with the world. And he opened my world up further by investing his time in my musical potential."

Does he have a songwriting ethos ?

TP: "He works really fast. Ideas just come and then they are recorded. He can make up perfect lyrics on the spot and record them in one take. It's honestly a real sight to see."

Do you intend to release as a solo artist again in the future?

TP: "Absolutely, I'm working on the next Tess Parks record right now and it will blow minds."

You're on the line up for this year's Manchester Psych Fest - have you visited the city before? As the birthplace of Oasis I guess it holds a pretty special place in your heart?

TP: "I've been going to Manchester for the past ten years. I love it there. The first time I visited, Craig Gill, bless his soul, took my Dad and I on his private Oasis tour. We went to Sifters and met Mr. Sifter (who I've visited frequently ever since), India House, the Gallagher's childhood home, all those places. I've been to visit Ian Curtis' grave in Macclesfield, the Hacienda...

"I came back for my 26th birthday to see the Oasis exhibition with the Definitely Maybe album cover replica - amazing. I love Manchester, I always love playing there and I love all of those northern souls. Everyone is so fucking nice."

Are you into any of the other acts on the line up? Courtney Barnett, Temples and Babe Rainbow are all brilliant acts in their own right...

Whose solo stuff are you digging more at the moment, Liam or Noel's, and why?

TP: "I think Oasis should get back together as soon as possible."

You're based in L.A nowadays - how are you finding life over there? It seems to have served some of my personal musical heroes well (mainly Arctic Monkeys). Can you see L.A having a certain effect on your music and lifestyle?

TP: "It's been a real adjustment coming here from London, that's for sure. I can't drive and it's fucking hot but I met the love of my life here, so this is where life has taken me and I'm forever happy about that.

"I've been writing more than I have been in a long time, so in that sense I think it's had a very positive effect on my creative output for sure. Time moves really slow and fast here. It's very interesting."

What's next for Tess Parks?

TP: "Working on the next record and a poetry book, a photography book... there's so much to do! All the time!"

Why you really should be listening to... Babe Rainbow

Here are the next 2 upcoming events At Various Venues Around Manchester, Manchester 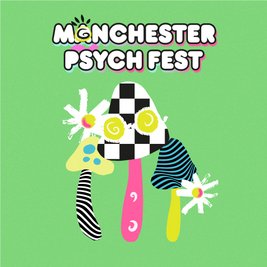