» News and Features » Antony Szmierek interview: 'Hitchhiking as a concept is quite desperate'

The Mancunian has piqued the interest of musos and pundits alike in 2022, with his unique blend of introspective, indie hip-hop. Learn about his journey in music thus far and more in his exclusive Skiddle interview

Bursting out of South Manchester, a wordsmith that's been dubbed the 'Manc Mike Skinner, lauded for his laidback flow, his playful and seemingly already mastered storytelling ability, and his appreciation for... science fiction - Antony Szmierek is the introspective hip-hop talent whose music we highly recommend you go out and familiarise yourself with. Immediately.

Having been producing tracks circa 2020, he's now beginning to catch the attention of pluggers, promoters and the average muso, exciting ears across the land with a slew of bright-and-breezy, optimistic records. The perfect sonic antidote to the bleak times we're collectively enduring.

His most prominent release to date, 'The Hitchhiker's Guide to the Fallacy' has helped to firmly cement his status as a name to watch in 2022, gaining widespread-acclaim from a score of respected media outlets and music pundits - from BBC Radio 1's Jack Saunders to 6 Music's Lauren Laverne, Mary Anne Hobbs and Steve Lamacq. And with follow-up anthem, 'Keep It Simple' adding further to this claim, we can be certain of great things yet to come from the Mancunian rising star.

Grabbing an opportune moment to speak with Antony, we dug into the details of his journey in music thus far, detailing the 'where' and 'how' it all began, whilst also discussing his influences and what his future might hold. Continue down the page for the full interview...

Hi Antony, it’s a pleasure to speak with you. How are you, where are you, and what’s currently filling your time?

"I’m good thank you. I'm still getting over a last-minute festival slot at this year's Camp Bestival and its various distractions. Back in South Manchester now with the day job, I’ve been helping run a HAF (Holiday, Activities and Food) club in Stockport over the holidays. Quite different. Lots of piggybacks and hide and seek."

This year has been a bit of a wild one for you so far, it would be fair to say. Heavily playlisted by the likes of Spotify and BBC 6 Music, and with adulation coming from some of the biggest names on the airwaves, the likes of Lauren Laverne and Craig Charles - it must feel incredible to be receiving so much appreciation for your work. How’s the experience been so far?

"I like ‘wild’ as an adjective and have been using it a fair bit myself. It’s been unexpected for sure. I keep trying to pinpoint the specific moment it changed but can’t decide when it was. I’m a big fan of 6music anyway so to hear my name read out by these disembodied voices that are a stable of my life is really strange in the best possible way. And then they become real people and you’re suddenly on Zoom with Craig joking about Robot Wars or sending voice notes to Lauren Laverne and trying not to freak out about it. Let’s stick with wild until I find anything better."

Where and when did your journey in music begin? How did it all start?

"I’m one of this new wave of lockdown musicians, I think. I’ve been writing for ten years – novels at first and then short stories and eventually poems. The performance aspect of that was what became important and being heavy into music and experiencing it live - it was just right there in front of me and seemed an obvious next step. I bought a couple of these little Volca synths and started bashing out rudimentary stuff on audacity, which is free, and then Ableton, which is also free for 60 days. So I had 60 days to make something. That became ‘Giving Up for Beginners’ which my now producer and live keyboard player Robin Parker helped me get over the line."

The release of your most-listened-to-track to date, ‘Hitchhikers Guide To The Fallacy’ marked a watershed moment for you, in terms of breaking through to a wider audience. What do you think it is about this track that resonates with music fans?

"I did sort of know it was good, but it was only supposed to be the intro to the next EP and not a proper single or anything. I think I’d have been tempted to overthink it and include a hook or something but I’m really glad I didn’t now as it’s informed a lot of my writing since."

"I honestly couldn’t tell you. Everyone seems to have their own favourite line and the house beat bubbles along nicely in the background. I’m a big fan of the little guitar motif that runs through it from my brother, Martin, who is also in the live band. I think that’s the glue. The secret sauce."

How do you approach writing a song such as ‘Hitchhikers Guide To The Fallacy’? Do you have a particular process?

"It was the title first with this one. Just a notes app thing. We were working on this song called ‘Last Train Back’ that never quite made it so moved on to another song to cleanse the palette and I just started reading things out from my notes. It got a laugh from Dean (producer based in VIBE Studios, Cheetham Hill) and that was enough of a thumbs up for me. Hitchhiking as a concept is quite desperate and yet there’s a hopeful optimism to it. And so I just applied that to how I was feeling, which as it turns out was quite jaded."

The single gets some heavy rotation here at Skiddle HQ, with comparisons ringing out from staff members to the tune of Real Lies, Loyle Carner and The Streets. Are you inspired by any of these names, and what other influences have profoundly impacted your sound if any?

"The Streets have always been there, they kinda feel omnipresent now. They opened up everything to me as a kid from Arctic Monkeys to Kano to UKG and I do hope all of that is evident at least somewhere in the music. When people ask what sort of music I make the easiest answer now is ‘its kind of like The Streets’ which I feel is lazy and not entirely accurate but it’ll do. It’s the elevator pitch."

"Real Lies I’m sort of new to but I really love everything they’re building in terms of the live show and their fanbase. I feel like they’re a lot cooler than I am, honestly. And yeah, Loyle is Loyle. He's a poet and he’s allowed a lot of new acts to relax a bit with their bars and be a little more honest with it. I've been listening to Fontaines D.C. a lot, alongside people like Barry Can’t Swim and Fred Again. Let's see where that leads me."

Are there any up-and-coming underground names in your home city of Manchester that have played a part in shaping your sound? Any that you specifically want to shout out here?

"I did a couple of shows with 2b.Frank this summer and he’s got this beautiful lazy flow and cadence that is instantly recognisable as his and works so well live. We listen to his tune ‘Wonderin’ as a band a lot before nights out or going on stage. He also makes a banging pizza! There’s also this new band I love called The Accident Group who recently did an invite-only show at their rehearsal room. They're witty and kinda wild and really fun to watch."

In addition to ‘Hitchhikers Guide To The Fallacy’, you’ve also spoilt us with two other quality tracks this year, ‘Sriracha’ and ‘Ventolin’ - can we expect an EP or album anytime soon? Any Skiddle exclusives you can share with us?

"There are loads of finished tunes, it's just a case of which order they go out in! I can never quite commit. I promise you you’ll have an EP before the end of the year with lots of varied, wordy, danceable tunes on it. And then of course I’d love to record an album, that’s the dream. Let’s see if 2023 has the same idea."

Catch Antony Szmierek performing live at Manchester's YES on Friday 30th September with Yune Pinku and Regressive Left. Tickets are now on sale and available to purchase at the bottom of this page.

other events where Regressive Left is playing 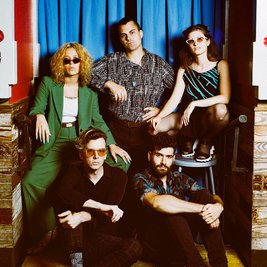 Here are the next 4 upcoming events At YES Basement, Manchester 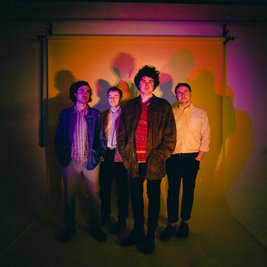 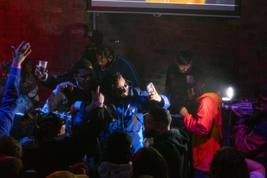 A CLASSIC MOCAP 40 PARTY. BRINGING TRAP BACK TO THE CITY ONE CARTI LEAK AT A TIME. 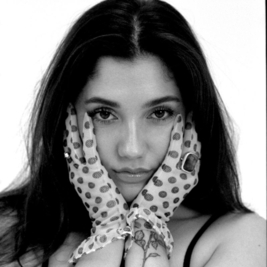 Tertia May heads to the legendary, Soup Kitchen, Manchester on the 1st February 2022. 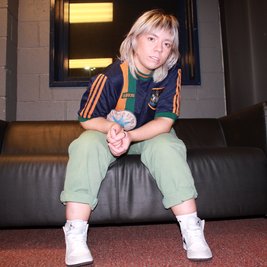