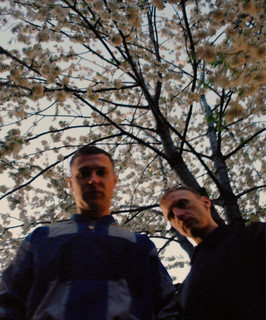 Real Lies are a London electric pop band formed in 2012 and signed to Marathon Artists / Sweet Exile. The band consists of Kev Kharas, Tom Watson and Pat King. They have released the tracks World Peace / Deeper in 2012 and 2013, North Circular / Dab Housing in 2014, and Seven Sisters in 2015. Their debut album is expected in 2015 or 2016 which they are allegedly just putting finishing touches on.

Real Lies has been mentioned in our news coverage

Real Lies interview: "We can’t wait for the world to hear what we’ve been doing"

Now Wave All Dayer at The White Hotel in Salford review

Now Wave All Dayer at The White Hotel in Salford

Below is a sample playlists for Real Lies taken from spotify.

Do you promote/manage Real Lies? Login to our free Promotion Centre to update these details.