At 23:45 on Friday 28th June 2019, the lights on Glastonbury’s Pyramid Stage finally fizzle out. The night belongs to Michael Omari, better known to you and me as Stormzy, the first British black solo artist to headline Glastonbury Festival after just one album.

The press call his set 'historic', 'thrilling', 'thought-provoking', 'powerful' and 'gripping'. A small section of commentators suggest this mainstream success means grime has lost its edge, that it's become a commodity. Or is it just part of a bigger picture, intertwined with the political discourse the UK currently finds itself drowning in?

Music is a reaction to circumstance and for every action there is a reaction. Stormzy is the newest member of a collective of artists whose social commentary was created via the here and now.

In 1977, the Sex Pistols gave a voice to the disillusioned and distrusting youth, whose life ambitions and aspirations lay in the gutter. In 1989, the Stone Roses were spawned as a radical reaction to Thatcher’s Britain after being locked up by a Tory government for eleven years. And in 2003, in an independent record shop in Croydon, south London, Kode9 along with Scream and Benga gave birth to a new sub genre of music known as ‘dubstep’.

The movement produced its own sonic warfare, as the former Labour leader led us into war in Iraq under false pretences. Without the Sex Pistols there would be no Stone Roses, and without the Roses there wouldn’t have been Scream and Benga and Kode9 or Stormzy for that matter. It isn’t the genre or style of music - which are wildly different from each other – that links them together, rather the climate they found themselves in and how their music articulated that moment in time, cementing the public consciousness. 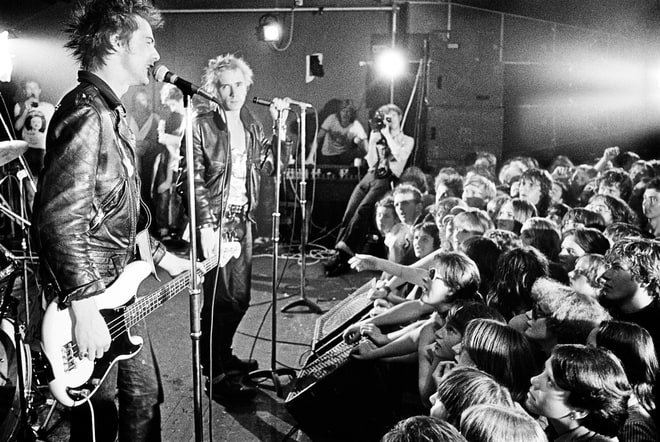 The Sex Pistols on stage

There have been instances where politics and politicians have pulled somewhat of a role reversal. New Labour aligning itself with Britpop in order to drive it’s election campaign in 1996 being one of the best examples. The surreal moment that saw Tony Blair presenting a lifetime achievement award to David Bowie at The Brits whilst talking up such bands as The Smiths (The Queen is Dead) and The Clash (Hate and War) – I need not point out the irony here.

And as Head of Creation Records, Alan McGee, alongside Noel Gallagher, ambled into Number 10 Downing Street in 1997 to celebrate Labour’s election win, it was clear that he and many more around him had been well and truly duped – he has since gone on record to admit it.

Donald Trump using the Rolling Stones track You Can’t Always Get What You Want as he took to the stage for his first presidential speech is another proverbial slap in the face. In 2013, Trump played Pharrell Williams’ Happy at a rally in Indiana, the same day eleven people were shot in an unprovoked attack at a synagogue in Pittsburgh. Despite Keith, Mick and Pharrell repeatedly asking for their music not to be played by politicians, if the venue holding a political rally has a performance rights blanket license in place then a politician can get away with using whatever song they wish. 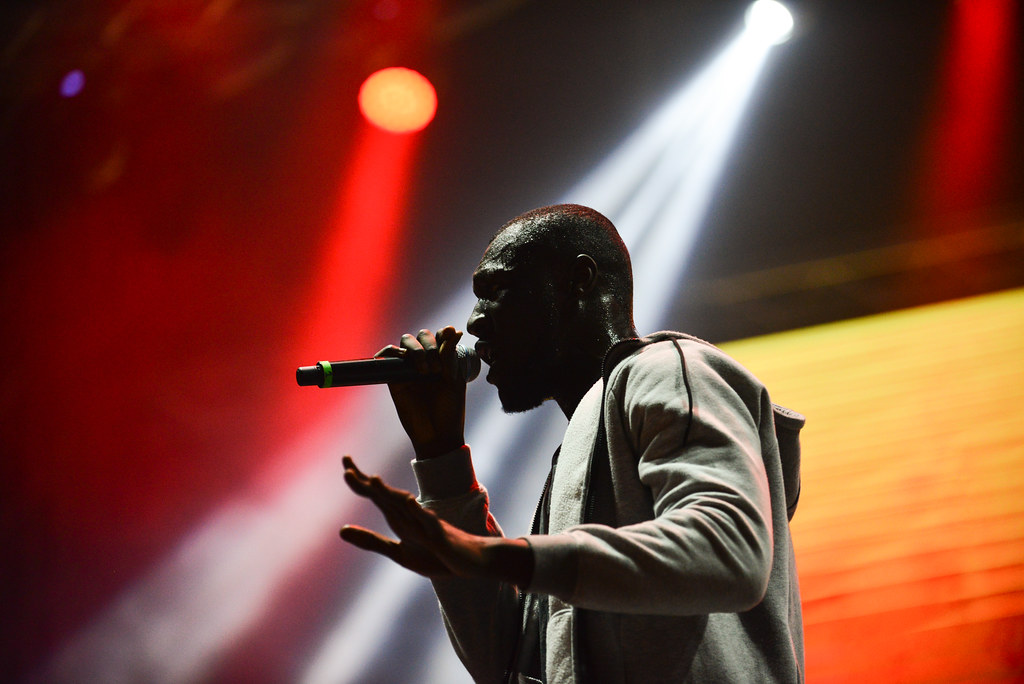 Michael Omari on the other hand is using his stardom for the right reasons, to shine a light on those questions that need answers. He took Theresa May to task over the atrocities of the Grenfell Tower disaster and undermined Conservative candidate for London Mayor, Zac Goldsmith, for his racist campaign, which attempted to divide London’s voters through fear and bigotry.

He depicted the struggle of faith and life in his debut album, whilst taking to the stage at the world’s biggest music festival wearing a Union Jack stab-proof vest - a visual representation of the war zone in his local community - created by none other than Banksy. He is measured in his approach and using his status to expose some much needed home truths.

As people, we are creatures of our environment and that environment is in worse shape than it has been for quite some time. However, creatively, these times, as they have done previously, are the catalyst in creating ground breaking art and music and striving for change. These artists help us remember that all is not lost. For every action there is a reaction.