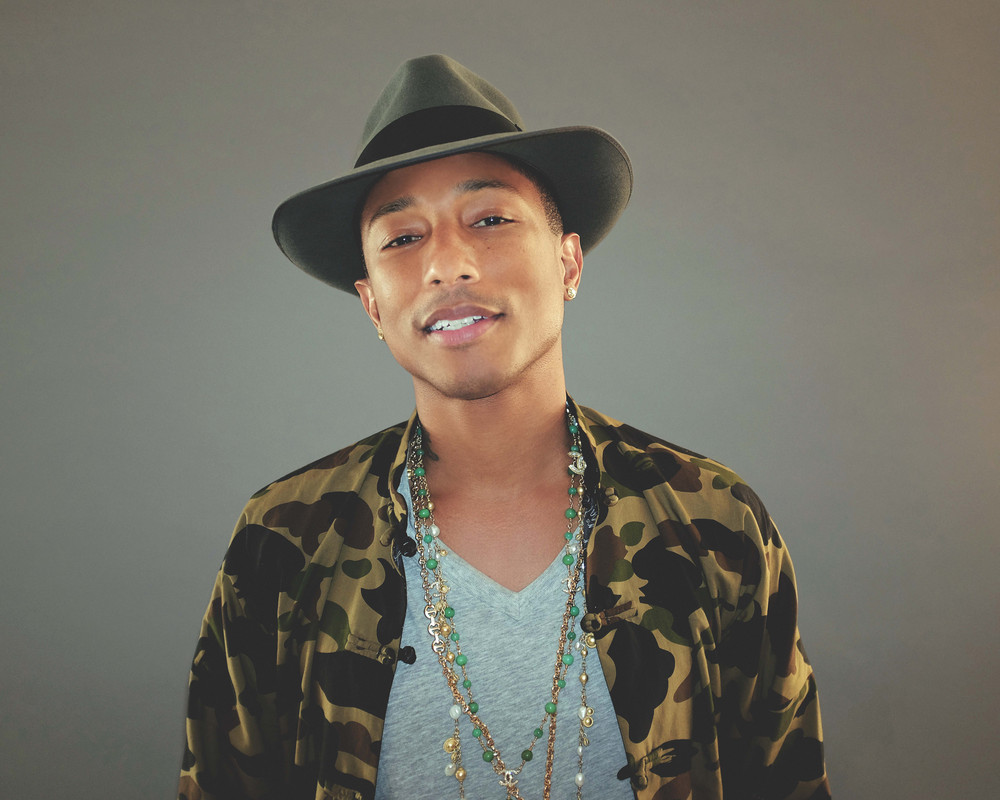 Pharrell Williams aka Skateboard P (born April 5, 1973 in Virginia Beach, Virginia) is one half of the primarily hip hop music production and songwriting duo, The Neptunes (with Chad Hugo) as well as rap/rock group N*E*R*D with Hugo and Shae Haley.

In July 2010, Williams composed the soundtrack to the movie Despicable Me, produced by Hans Zimmer and recorded with the Hollywood Studio Symphony. In October 2010, Williams and his group N.E.R.D supported Gorillaz on their Escape to Plastic Beach World Tour. On the tour, Damon Albarn recorded a song with Williams but this was not featured on Gorillaz's album, The Fall, but it may appear on a future album.[16] The following month, N.E.R.D released their fourth studio album Nothing through Pharrell's label Star Trak. In late 2011, Williams worked on three tracks for Mike Posner's second album Sky High.

Pharrell Williams has been mentioned in our news coverage

Below is a sample playlists for Pharrell Williams taken from spotify.

Do you promote/manage Pharrell Williams? Login to our free Promotion Centre to update these details.