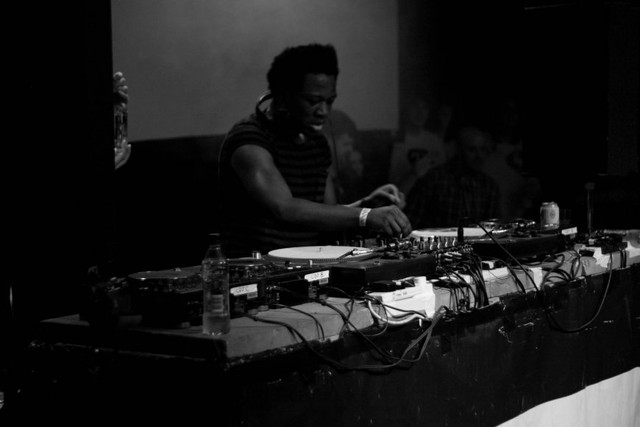 Benga began producing on Fruity Loops at the age of nine before taking up DJing at the tender age of eleven. Three years later he wondered into Croydon’'s eponymous Big Apple record shop, claiming that he could DJ better than Hatcha, who, alongside Artwork and DMZ are widely credited with conceiving Dubstep.

Artwork and Hatcha were amused; they gave the cocky teenager a shot at spinning in the shop, and seeing his prodigious talents, signed him on the spot to Big Apple Records. Over the next few years, Benga and his friend Oliver Jones' (Skream) creations could be heard during Hatcha’s sets at seminal night FWD>>. Benga Beats: Volume 1 and Newstep established him as a serious soundscaper, though it was his work on Night, a track in which he collaborated with Coki that shot him to wide acclaim, becoming one of the anthems of 2008.

Since Night and his acclaimed Diary Of An Afro Warrior long player, Benga has propelled club music in many directions. There’s always bass – plenty of it - but he refuses to be limited by a sound or scene. Benga has done big business with subterranean basslines, evocative instrumentation and undeniable choruses, placing him in the upper echelons of producer/ remixers working right now. In Benga's words "“They can call it whatever they wanna call it, I'm not afraid to say that my music's Dubstep.” he insists. “I've always made this mental music and I made music that's accessible. I love to use hooks because I grew up listening to Michael Jackson, real music. That's why I made music in the first place.”"

26 Basslines, Skank Dose, Crunked Up, Baltimore Clap and Katy B’'s 'On A Mission' form an incredible back catalogue of music that has emerged from the mind of this musical genius. Since those early days of Big Apple and FWD>>, Benga has worked with everyone from Kelis to The Prodigy and DJ’d quite literally all over the world. It’s pretty much actual fact that you need to book a day off life after experiencing a Benga set. “Crowdsurfing in the London Eye, that was a good one,” he laughs of his exuberant, energetic approach to DJing. “"It was natural for me and Skream to get smashed before a show; I was turning up to places and people were telling me I was more rock and roll than rock and rollers!”"

Funny, bright, charismatic, and like all genius musicians, a bit mad, Beng'a’s enigmatic personality shines both behind the decks and within his music.

In 2010, alongside Artwork and Skream, Benga formed Magnetic Man and signed to Sony Columbia. Their self-titled debut featured an eclectic roster of vocalists including Ms. Dynamite, P Money and John Legend and won the trio fans from the NME to Pop Matters. Now signed as a solo artist to Sony/ Columbia, Benga is ready to take his sound even further with his new album, Chapter 2.

Benga has been mentioned in our news coverage

Five of the best at Groove Loch Ness

Below is a sample playlists for Benga taken from spotify.

Do you promote/manage Benga? Login to our free Promotion Centre to update these details.