We caught up with Skateboard GB's most decorated team member, veteran vert legend, Andy Macdonald to discuss the importance of this year's Virtual Championships and to learn more about his journey in the sport

Skateboard GB's most decorated team member, Andy Macdonald is widely regarded as an icon of the sport, and the 49-year-old American and renowned vert specialist has rightly earned his stripes.

Taking no less than a staggering 23 medals from numerous X-Games competitions over the years and becoming a 9-year World Cup Skateboarding Series champion, a feat which many have failed to match, his skills on four wheels, whether on the ground or in the air, are quite simply indisputable.

Sponsored by the likes of Vans, Patagonia and Triple Eight and with the talisman of the international Skateboarding community, Tony Hawks considered a close friend, you can imagine our delight when Andy graciously agreed to sit for a quick chat.

Discussing the importance of the Skateboard GB Virtual Championships whilst also shedding light on his journey into the sport and the records he frequently finds himself listening to when out on the road - continue further down the page to learn more about the legend in our exclusive Skiddle interview.

Tell us about how your journey in skateboarding began; when did you get your first skateboard, what was the first trick you ever landed and who influenced you to take up the sport?

"I was twelve years old and shooting basketball at my local park when a kid rolled up on an 80s-era skateboard. I’d only ever tried small 70s-style boards before and this one looked so smooth and stable. I asked to give it a try and within minutes I was trying to trade the kid my basketball for his skateboard. My first trick was that day— I’d roll backwards toward the pole that held up the basketball hoop, grab onto the pole and pull myself into a 360 around it. I was hooked from day one, but soon my older brother got a skateboard as well and was better than me. I was just trying to keep up with him in the beginning." 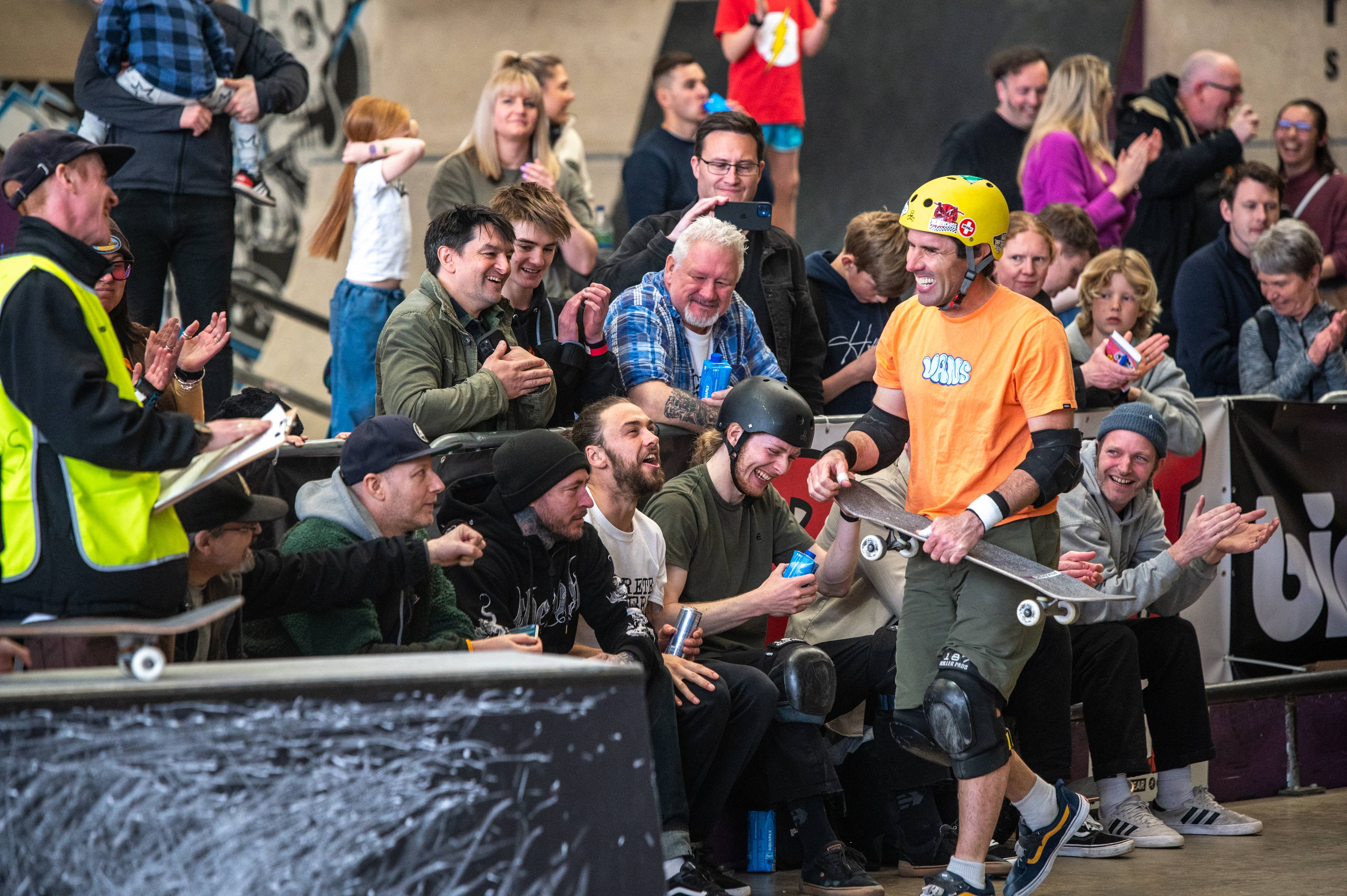 There are now reported to be more than 85 million skateboarders worldwide. What is it about this subculture that speaks to so many people? What makes it so different from other extreme sports?

"Skateboarding, for many, is more a lifestyle or an art form than a sport. You don’t need coaches or a team to get started and there’s no “right” way to do it. Everyone has their own interpretation of what skateboarding is to them and I think that freedom is what draws people to it. As compared to other action sports like surfing or snowboarding, you don’t need an ocean or mountains to do it. Just grab a skateboard and a helmet and walk out your front door. Anyone can get started and the cost of entry is minimal."

A tough question - who do you personally consider to be the GOAT of the skateboarding world and why? You can only choose one.

"I consider Tony Hawk the GOAT of skateboarding. There’s a good argument to be made that he’s influenced the sport more than any other in terms of tricks, progression and what is possible on a board. On the ambassador side of things, which I think is equally important, nobody can touch him. He has single-handedly done more expanding the reach and acceptance of skateboarding as a legitimate sport than anyone ever will."

With reference to the second-ever Skateboard GB Virtual championships, happening this month, how important are competitions like these to grassroots skating?

"Competitions have always been an important part of skateboarding. At the most basic level, they are a chance for the skateboarding community to come together, share tricks/ideas/styles and have a fun session with friends. They are, however, only part of the picture. On the day skateboarding debuted to the world at The Olympics— the biggest stage in sport— there were still skaters that could care less about it. They were hopping fences to skate in a schoolyard or a backyard pool with friends. No matter how big skateboarding gets, there will always be that core element. We skate for fun." 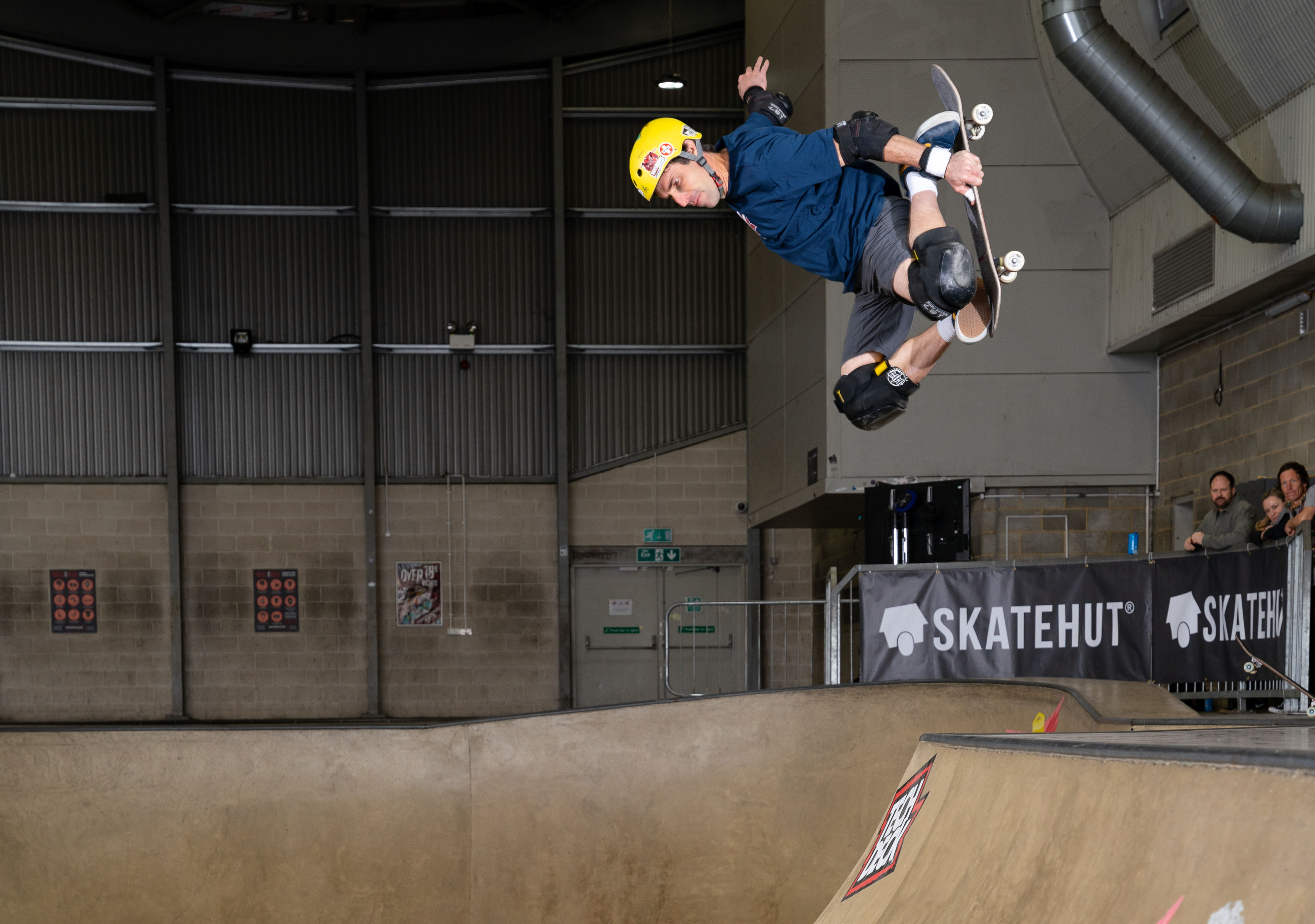 Skateboarding is now also an Olympic discipline, having been introduced back in 2020. How do you think this will affect future generations of skaters? And who should we be looking out for from the British team at the 2024 games?

"The Olympics has already had a positive effect on skateboarding’s growth and accessibility. More people than ever have been exposed to the sport and there are more skateparks than ever to meet up with other skaters and get involved. For the Paris cycle, of course, Sky Brown and Bombette Martin will be back and ripping better than ever. Also keep an eye out for Jesse Thomas and the youngest British skate team member, Tommy Calvert. Tommy is already skating well beyond his years."

Skating transition or heading out into the streets - Which do you prefer and why?

"I grew up skating everything and I still contend that skating street will help your transition skating and vice versa. However, these days I have limited time on my skate schedule and I use it to focus on transition. Particularly small park-style transitions as opposed to the larger vert ramp riding I’m more known for."

Looking ahead, where do you see yourself competing in the years to come? What are your ambitions? And what aspirations do you have for the sport going forward?

"Personally, I’d love to qualify for park skating at the Olympics Paris. At least I plan to have a good time trying and anything beyond that for me is a bonus. As for skateboarding, I want to see a skatepark next to every baseball field or football pitch around the world. I want to see the kind of support for skateboarding that I see in other sports via schools and local governments."

We know that watching skate videos is a popular pastime for skateboarders so, to that end, what is your favourite skate video soundtrack?

"One of the first skate videos I ever saw was Skate Visions. The soundtrack featured a punk rock band called Agent Orange and their songs are burned into my memory for eternity. When I first turned pro, I would skate to their music during my contest runs and years later, I had Agent Orange play (twice) at an annual cancer charity benefit I put on."

Last question - You’re about to head out on a skate trip and you need a sweet playlist to accompany you on your travels. Which five tracks always make the cut (please list them below):

To learn more about the championships and our sponsorship of this year's virtual event, click or tap - here.