» News and Features » Mothers: when the world's most important rock 'n' roll club was in Brum

Remembering when a small two room club above a furniture store in Erdington was the centre of the rock 'n' roll universe. By Blaise Radley (and his dad)

“I sometimes get mail from younger people who live in Erdington who are amazed to hear that for a few years, the best club in Britain - and it was, because I went to most of them - was right here in Birmingham.” John Peel

Led Zeppelin, Fleetwood Mac, Black Sabbath, Eric Clapton, Pink Floyd, Deep Purple, Genesis, The Who, Family, Jethro Tull, King Crimson. At first glance this is a relatively rote list of some of the most significant alternative talent that rose to prominence in the late ‘60s; undeniably great sure, but hardly about to set the world alight. Now imagine that all of those bands played in a small two room club above a furniture store in Erdington, a suburb of Birmingham, and it reads a little differently.

Even though its doors were only open for two and a half years between 9 August 1968 and 3 January 1971, Mothers has a reputation that looms large over the West Midlands. Returning to the site of its commemorative Blue Plaque it’s hard to picture a group of long haired revellers gathered outside getting ready to see Keith Moon hit some skins. And yet the plaque rings out loud and clear: ‘Voted World’s Best Rock Venue 1969 & 1970’.

Perhaps there’s a degree of nepotistic canonisation here: my dad Graham, better known then as Fred (for some reason), first worked in the stockroom at Mothers (or as he puts it “Doing bits and bobs.”) before eventually moving up to a general management role. Talking to him about his first experiences with Mothers as a punter, you can tell it’s a distant world from his current cosy life in Devon.

“Ron Geesin was playing there doing these bloody mad things on the piano, really avant-garde. I can't remember enough to describe it, but I do remember the experience. What was telling was that as I was walking to the door there were all these people walking in the opposite direction saying ‘Don't go in there it's fucking mad, don't go in there.’ Obviously that was just a complete and utter temptation to go in.”

Liverpool Scene, one of the most prolific players at Mothers

On how he got involved, he seems a little more hazy. “I'd get a lift home with Spud (one of the directors) and it sort of moved on from there really. You know, everyone was usually completely smashed off their faces.” Whether that explains the unflinching drunken immediacy with which he was welcomed into the Mothers ranks, or a more general backstage permeability afforded by alcohol was a little unclear.

Perpetual drunkenness in and of itself doesn’t explain the far-reaching success of Mothers, though perhaps it explains the grungy appeal of such a free-loving venture. Outside of its stacked bookings, Mothers was widely renowned for its heaving, sweaty dancefloors, and its infamously cheap and potent cider: “That's what people wanted: some good music and some good cider. I can't remember how much it was - I mean it’s all relative, but it was pence.”

Perhaps unsurprisingly tales of such rampantly untempered music-loving debauchery spread fast - estimates put the final number of members around 45,000. I ask what the capacity was, though it inevitably comes with a caveat. “It was around 400. That's a difficult one because things like that weren't adhered to. I think the most we ever had in was Canned Heat, and that was something like 1200. You don't tell people things like that though…” 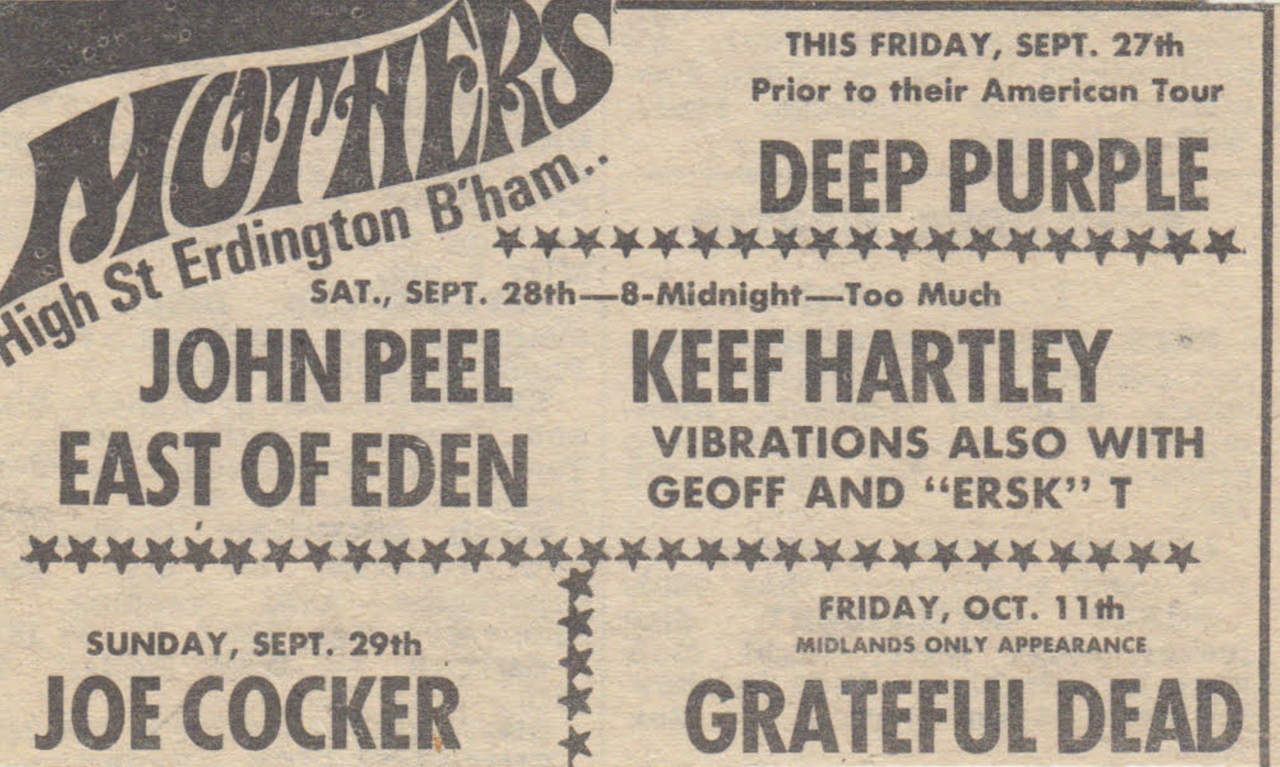 “The Who came close; they were on loads of times. One set they probably lasted about ten minutes before Keith Moon collapsed through lack of air and sweat and everything. Because he sparked out he got carted off into the dressing room and then we just had to wait for a while until he was okay to start again. I mean there was nothing you could do about getting more air in.”

Regardless of the bloated list of talent that made its way through Mothers' doors, I also get a sense that there's an even longer list of those who slipped away.

“David Bowie tried to get a gig there one time. He came up himself with his wife but all he had was that weird record - what the hell was that called - "I am a magic gnome" or something, so they were just like “Nah, nah, don't think so.” Again, he was on the cusp, but because of how poppy that record was they said no. It's easy to look back and think: why would you turn David Bowie down? But if all you'd heard was magic gnome then you would…” 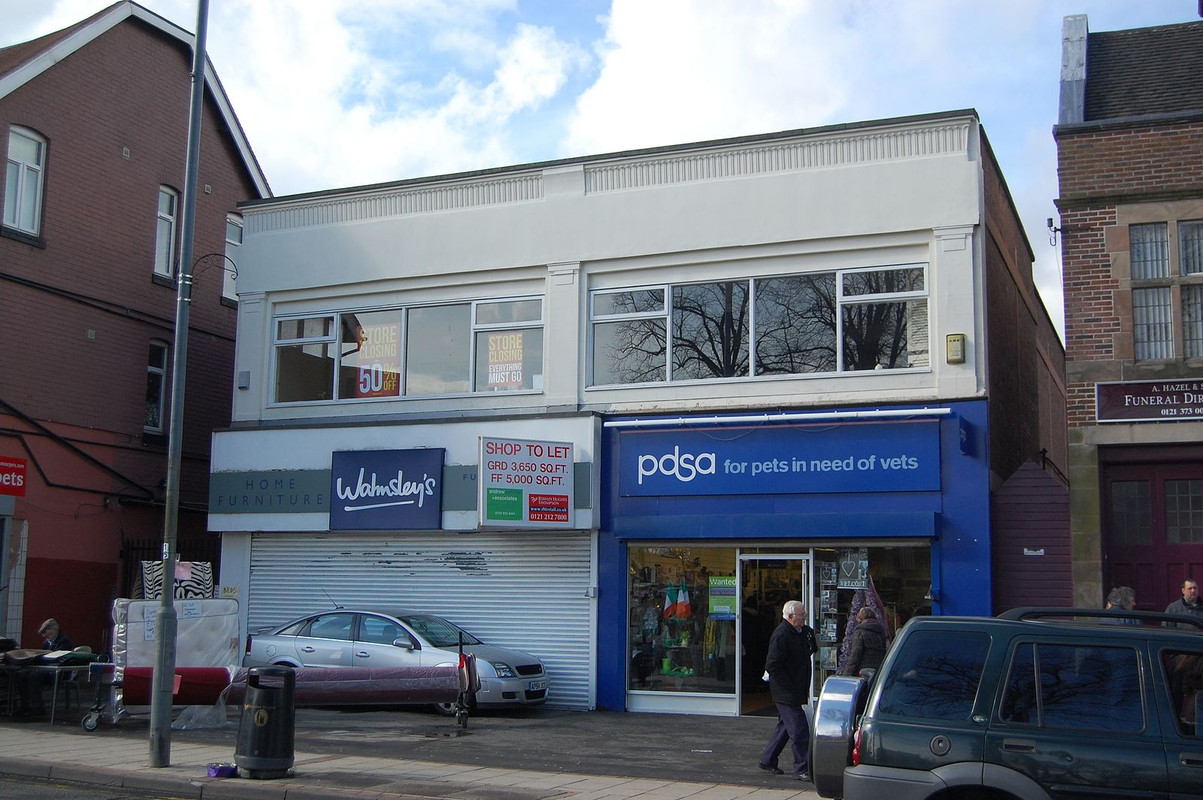 This building on Erdington's High Street was once home to the most important rock 'n' roll club in the world (credit: Wikimedia)

As with many of my dad’s tales the broad strokes crackle with a well-humoured remembrance, even as some of the finer details fall victim to the passage of years (a quick Google reveals the song that cost Bowie his slot was the admittedly quite bizarre, The Laughing Gnome). It's the small stories that generate the most enthusiasm though, a palpable sense of cobwebs falling away as old nooks and crannies are explored and uncovered. Such is the way with an old favourite about one of two times Elton John played at the club.

“Phil, one of the main booking directors, never one to miss an opportunity, decided that Elton John was a good target and said: ‘Do you want a game of table football?’ and Elton said ‘Yeah yeah. Okay.’ Straight away Phil's saying “Okay, well I'll bet you a tenner,’ then he turns to me and says ‘You be on my team, and we’ll get someone for Elton.’ and Elton was going ‘Oh no no, I'll just do it myself.’

“So Phil then immediately doubles the amount of money... and he absolutely trashed us. Phil then has to have another go because he can't believe what’s just happened. I remember talking to Elton afterwards like ‘How are you so good at that?’

“There was a guy called Muff Winwood, he was a producer at the time; I think he was related to Stevie Winwood. Anyway, he used to have one in his house and Elton went there all the time to play table football, but of course Phil hadn't considered that possibility. So we got thrashed.” 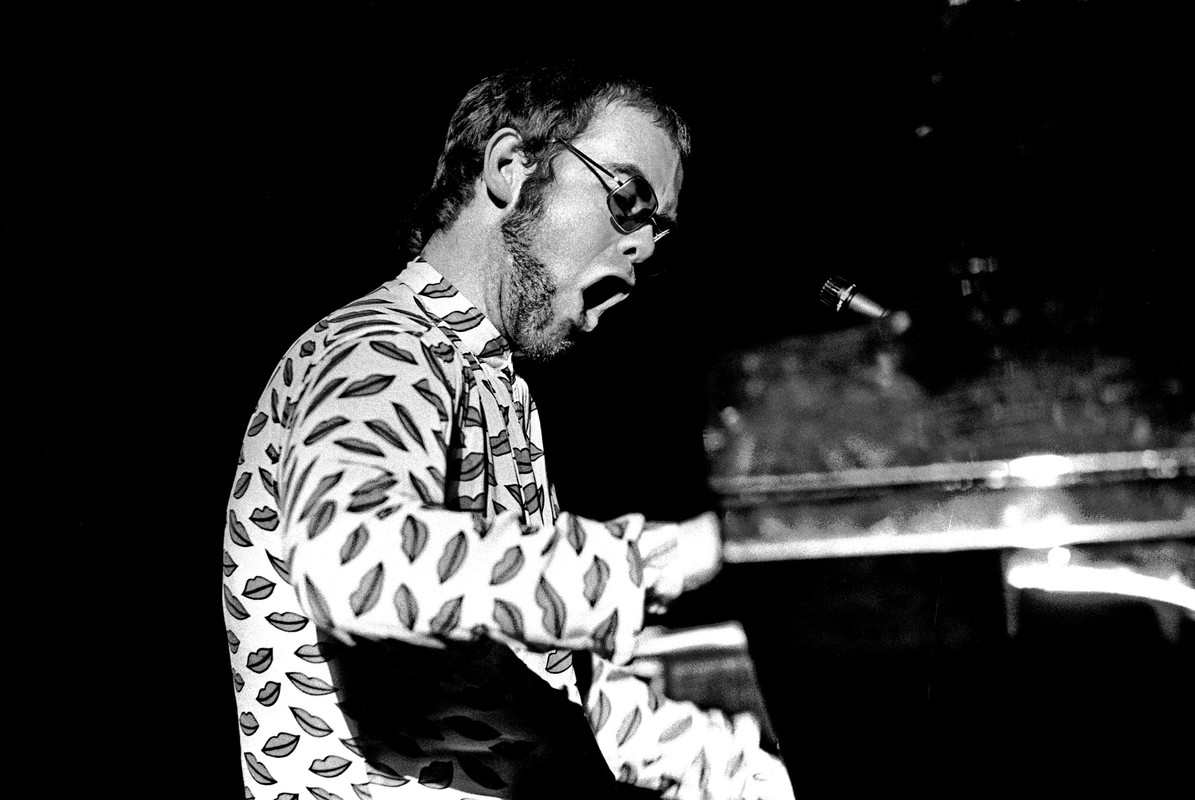 The one through-line for all these tales is the sense of camaraderie that extended in unusual angles from all facets of the venue. There's talk of running decks through the touring band’s equipment - “All of a sudden you've got everything going through Led Zeppelin's PA and you'd think ‘This is the life.’” - of John Peel’s infamous patronage - ‘There was always John Peel. That was a salvation.’ - and of unexpected support from other fringe groups.

“There were times when word was going around that some gang was coming down and we’d get a load of Hells Angels in from Coventry who’d say "Right, we've come to make sure you don't get any trouble here." And they'd just do that. They didn't even want to go into the gig.”

There’s a risk to deifying such a period perhaps, though that’s something my dad seems keenly aware of. Time and time again he emphasises the cyclicity of such zeitgeists, and how easily the same fruit is born year-on-year. “That was going on all the time and probably still does,” he speculates one time, referring to some of the more illicit backroom dealings. “It was just a ram-packed room, which again you would get and still get everywhere,” he says at another point, when discussing the aforementioned overcrowded crushes.

Above all else though, at Mothers the music was tantamount. That’s not something that’s been lost in newer venues necessarily, but it was certainly brought into sharper focus when the only opportunity to hear alternative music for miles around was in a small room in Erdington. As the conversation wraps up, I ask if there was any Mothers memorabilia knocking around I hadn’t seen. Sadly not, but it does provoke my dad to give a fitting epitaph to the prevailing attitude during that short sweet spot in the late ‘60s.

“I never really kept anything at the time. People used to say to me with Robert Plant, you know: "Oh! Did you get his autograph?" but I'm not really one to bother about things like that. I mean in many ways I wish I had, but it just seemed a silly thing to do. They're just ordinary people at the end of the day. I don't have anything against people who collect things like that, and some of them have had very lucrative results. Honestly I was just happy to be around people like that.”

The best Halloween events to attend in Cardiff