We sent Sam Kershaw to review the 'North East Troubadour', Sam Fender live at The Brudenell Social Club last month, as he marked the end of a phenomenal year with a tiny club show in the heart of West Yorkshire

It would be easy to say something throwaway about Sam Fender, how he has had a meteoric rise or he’s on overnight sensation. However, that is not technically true. As a singer songwriter he has been honing his craft since aged 14 and burrowing away gigging in pubs and clubs from the age of 18. Ten years down the road, 2021 has undoubtedly been Fender’s magnum opus. Unparalleled radio play, a number one LP, BBC Radio 1’s hottest record of the year and a sprawling European arena tour amongst his highest accolades. 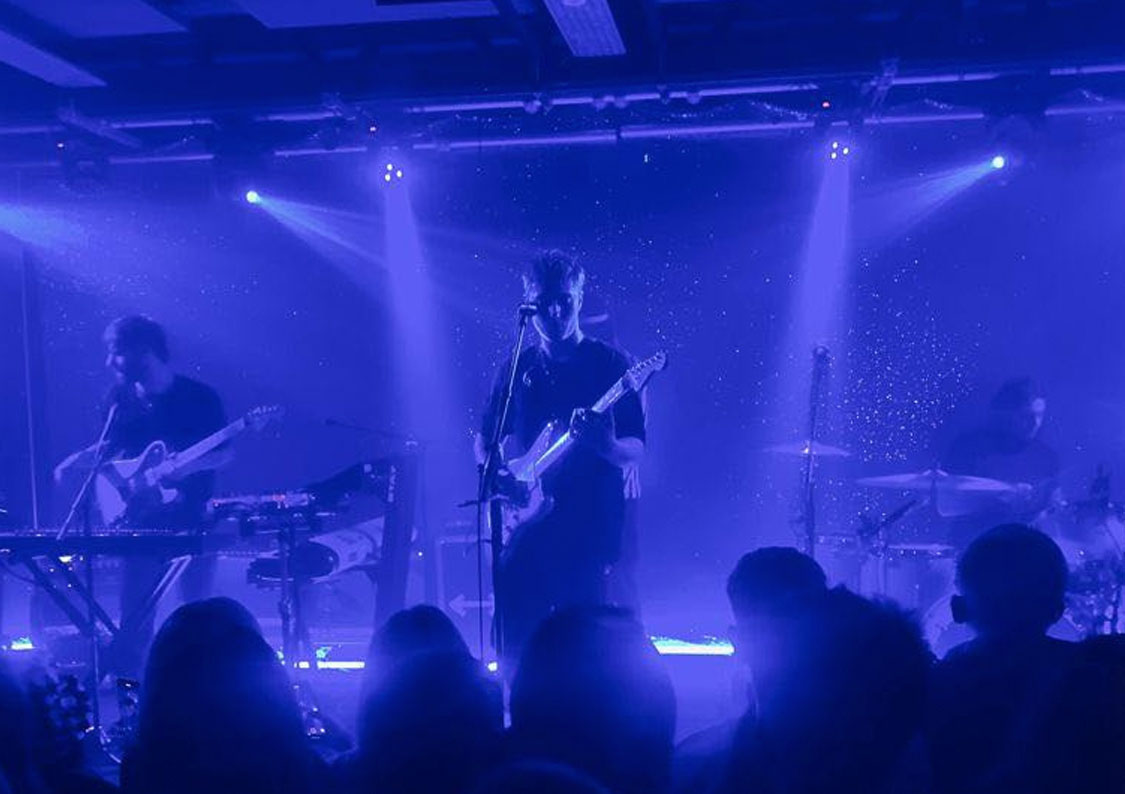 Tonight, 200 lucky punters are set to see one of Britain’s biggest acts in a social club deep in the heart of the student community in Leeds. This series of shows is poignant to Fender due to the influence of his Dad growing up in North Shields, but also how your environment can inspire your art. Talking about the series of club shows he said:

“My Dad was a singer-songwriter and he used to play all the social clubs back in the 70s. I grew up around people who had trade jobs by day and then would become rockstars at the weekend. That definitely influenced my work ethic as I used to see the same people on stage who used to do the plastering or electric work during the week. I’ve always applied that ethos into my work ethic.”

Fender takes to the stage with his fellow Geordie comrade, Heidi Curtis for a beautiful swirling stripped back version of 'Last to Make It Home'. A War on Drugs inspired saunter through the crisp December air, transporting you to the final leg of a journey across Route 66 somewhere between New Mexico and Arizona.

“This ones for the people that didn’t make it through the night” he utters before changing the tone for a brooding rendition of 'Dead Boys', a social commentary on the male teenage suicide epidemic in the UK.

'Seventeen Going Under' has a mid-noughties new wave rival to it. A shimmering gem in the spirit of Up The Bracket era Libertines alongside the infectious pop of The Strokes, Is This It. A song about realising you are unhappy in your adolescence, but not having the emotional tools to do anything about it. The crowd howl every lyric back at him like it’s their last.

Fender looks inward about the relationship with his father on 'Spit of You', seeing him in a new light after his grandmother’s passing. A beautifully honest confession reminiscent of Jeff Buckley as he croons ‘cause one day that'll be your forehead I'm kissing and I'll still look exactly like you’. Undoubtedly the song of the night provides some charming interplay between lead guitarist Dean Thompson’s alt country signatures, Davis’ saxophone runs and the rare appearance of a mandolin.

A colloquial slant brings an authenticity to his lyrical delivery (‘drenched in cheap drink and snide fags’) reminiscent of fellow Geordie, Nadine Shah on 'Dreary Town' (‘I could see straight through your act and there's nout that can be done’). Or Alex Turner’s Yorkshire vernacular on Red Lights Indicate Doors Are Secure (‘didn't you see she were gorgeous, she was beyond belief’).

The encore sees him coerced into playing 'Spice' from an audience member in the front row. “Howay, why not. Let’s see what you’ve got Leeds. If anybody falls down, pick ‘em up”. The room is desecrated and as a couple of hundred writhing bodies take a breath, Fender and co close with 'Hypersonic Missiles'. “This is the song that got us into this mess, thanks for having us” as the audience ascend to boiling point.

Music counts because it gives meaning to a particular time. That meaning in Sam Fender’s case is a stark realisation of self-discovery. Being ostracised for a sustained period of time during lockdown and having to take a serious look at yourself in the mirror. Working class people struggle to address their struggles with mental health because ultimately it can feel self-deprecating or narcissistic. The cliche of ‘people have it much worse than me’, is bounded around flippantly across the UK on a daily basis. As an album, Seventeen Going Under shines a light on the acquiesce of people’s struggles being incomparable. Everyone is fighting their own battle, it’s just that some are more willing to talk about it. Fender encapsulates it perfectly: “I feel like there are a million kids out there trying to navigate teenage life with all these really adult things happening to them. That’s who I’m singing for.”

Two days after the gig at the Brudenell Social Club, he announces his biggest headline show to date at London’s Finsbury Park with a capacity of 50,000. The show is set to include an all-star support cast featuring; Fontaines D.C., Goat Girl and Declan McKenna. It makes tonight’s performance even more emblematic, in a career that is sure to become stratospheric before we see the end of 2022.