» News and Features » Francesca Lombardo interview: There wouldn’t be London without music

Francesca Lombardo interview: There wouldn’t be London without music

Mark Dale caught up with her for a chat about life in Italy and in London and her music prior to Francesca's date at Electric Brixton with Luciano and friends.

DJ, producer, singer, musician and composer Francesca Lombardo grew up in Italy, close to Lake Garda, where she studied piano and opera at the Conservatorium of Music, before moving to London to graduate in vocal performance.

Her father was also a musician, but it was on the long car journeys she took with her uncle that she first became interested in electronic music, thanks to his Kraftwerk CDs.

She released tracks on labels like Lokomotiv, her own imprint Echolette Records and debuted on Crosstown Rebels in 2011 with the 'Changes EP'.

She has, in recent memory, been constructing and refining a live set that allows her to display her vocal talents and combine her classical music training with her love of electronic sounds. She has released a further two EPs on Crosstown Rebels and a Francesca Lombardo album is expected before too long.

You're from Italy. Italy is famous for having good food. What food do you miss the most from Italy?

Probably my grandmother's food. All my family have worked in restaurants all their life so I am spoiled with amazing dishes every time I go back home.

Is there a member of your family who taught you to cook?

I have learned just by watching them in the kitchen, but my grandmother tried to teach me a few times too. She writes all her recipes in a book or on paper, so I know I can look at them any time I want.

Which member of your family do you miss their food the most?

Both my grandma and my uncles. One of my uncles is the fish master, he would cook you any fish dish and make it the best without a doubt. My other uncle has a small restaurant inside Lucca and he never fails to surprise me with his typical Tuscany meals.

My auntie is from Liguria and she makes the best pesto. She uses no garlic and little parmesan, her pesto is so delicate.

When you travel to DJ you must eat out a lot. Do you have a favourite and a least favourite type of restaurant you go to?

I like a bit of everything, my favourite is probably Peruvian, it can be really healthy and so tasty. I love pizza too and enjoy Thai food. Lately I am not much of a meat eater, and I have never been to a good Chinese restaurant.

When you're at home do you like to cook or do you still go and eat out a lot?

I love cooking so I do sometimes, especially when I come back from long tours where I've been staying in hotels. In those places I don't have a kitchen where I can cook. Although cooking requires a lot of time and sometimes it is hard to find the time to cook. If I cook it would be not only for me, I like to eat with other people.

Have you ever eaten Carpione del Garda and what does it taste like (it's a fish that only lives in Lake Garda)? How did you eat it?

Yes I have, of course, many years ago when I lived there, grilled or baked, we hardly fry those types of fishes in Italy. It is very tasty, a bit like salmon but nicer for me. I don’t think it's so popular any more as it nearly became extinct.

What do you think of British food? What are your favourite British dishes?

I love Sunday roasts! It’s definitely my favourite dish, I love the way it gets cooked and all the sides cooked with it.

Every Sunday I am in London I always take advantage of it and go to a pub. My favourite is the Hemingway in Victoria Park, sometimes you need to book 2 weeks in advance. My grandma's roast is amazing but it’s an Italian roast, not an English one. Roast is something English people win on..

Please tell us your favourite Italian word that there is no direct translation for in English and tell us what it means.

Probably “pota”. It’s funny. Ultimately it means nothing, but when people from Brescia say it, it's just funny.

It was your uncle's music collection that first inspired your interest in electronic music, not your parents. But your parents are musical. I guess they are more into classical music. They paid for a classical music education for you. Was it easy to tell them that you would be focussing your music career towards Djing and electronic music? Do they fully understand and appreciate that kind of music? What does your uncle think of the music you make that he helped inspire?

My parents have always been really understanding and let me choose on my own what I liked to do in life. They have never judged me but always tried to understand me. My mum comes to see me playing sometimes in Italy. She once told me, while I was on the decks, how proud she was of me cause I was making the people happy with my dj sets and putting a smile on people faces.

My uncle likes my music and the love I have for it, he is a man of few words though so I never get a compliment and, to be honest, I don’t need one. I love to remember the days we were listening to Kraftwerk and psychedelic rock in the car.

Have you been to Gardaland and what are your favourite parts of that place (it's one of the world's best amusement parks, near Lake Garda)?

I have indeed, I love Gardaland. Last time I was there was a few years ago, I remember loving the Egyptian Pyramid the most, especially the laser at the end.

You were talking a couple of years ago about wanting to spend the summer in Ibiza and leave London. It sounded like you definitely didn't want to be in London for the summer. What was the reason for that and have you changed your mind about staying in London now?

I always wanted to spend the summer in Ibiza, the problem with that was I got stuck in London once again because, ultimately, I love London too much.

How much do you owe London?

I don’t regret any single choice I made here in London. My path and the people I met helped me be where I am now.

In London I got my music degree in vocal techniques and my music diploma in sound engineering. All the time I spent in this city was because of music. I knew since the first day I came to London I would be able to pursue my dreams of working as a singer, DJ, producer and writer. There wouldn’t be London without music and vice versa.

For my future shows I am putting a band together including a drummer and keys player and a DJ/computer guy. I will be fronting the band as a lead singer and occasionally play synths. I will still have string players wherever it's suitable. I am trying to take a full live shot on the show and focus on my voice more.

That is exactly the reason I want to put a full members band together so each can concentrate on one instrument and focus on building the show and give emotions to the set. I think when you strip down each sound on one person, things can be more dynamic and music gets to people in a different way.

Do you think it's possible, when working with string sections, to be more naturally drawn to making music that feels melancholic?

On my new live show the strings won’t be there throughout the all set. And when they are they will be working with the music in a way that can leave space for other instruments, such as several different synths and other electronic sounds.

We are aiming to do something that can deliver different emotions and, for sure, in places can be more melancholic than others, but I personally don’t think it's a bad thing at all. Music is there to give the deepest emotions and take you to a memory or somewhere within yourself.

Where are your favourite places to DJ? Which of the places you have DJ'd in would you most like to take your live set to? Are there any places you like to DJ where you think your live set would not work and, if yes, why?

I love DJing in places like Burning Man or Electric Forest, places where you are surrounded by nature. I think those places will be great for my live show too. I believe however some clubs probably won’t be as suitable, as the music is not as dance-focused as anyone would probably expect in a club. I wouldn’t adjust it to being so as it wouldn’t make sense.

I see this like an all new project, that takes me away from dance music, but still stays electronic. Festivals, theatres and concert venues is where I see live sets to be more successful.

If you don't spend your next birthday there, is it possible your birthday may feel a little boring in comparison?

My last birthday wasn’t during the festival this year and It felt nice since the last two were. So I managed to go to a restaurant with some friends in LA and live it differently. The next Burning Man starts on my birthday and that should be fun as I won’t be playing on the Monday and I can live the festival just riding around with my loved ones and laugh away.

You're playing at Electric Brixton soon with Luciano and Cesar Merveille from Cadenza. Are you looking forward to it? Is Cadenza a label whose records you've played? If yes, why and what are your favourite releases?

I am delighted to be playing alongside Luciano and Cesar, they're both producers and DJs that I really admire. Luciano has been a big inspiration for me and I cannot wait to share the decks with him. His music influenced me a lot, in a way and always will do. I have a lot of Cadenza vinyl in the studio and I love each of them.

One of my favourite release would be 'Solomon's Prayer / Father' by Luciano and Thomas Melchior, 'Grune Raufaser' by Pikaya, 'Honolulu' by Digiline and 'Albertino / Nora P' by Schneider and Galluzzi, Maayancholy by Cesar and Guti, and Harissa by Locodice and many more.

Like this? Try Anja Schneider Interview: A club half full kind of girl

Things to do in London this Christmas

Here are the next 4 upcoming events At Electric Brixton, London 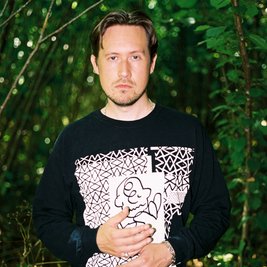 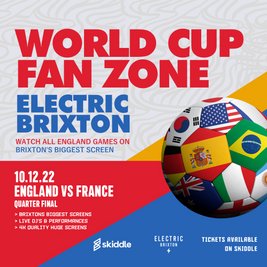 Is it finally coming home? The stakes are high for this one, England take on France for a spot in th... 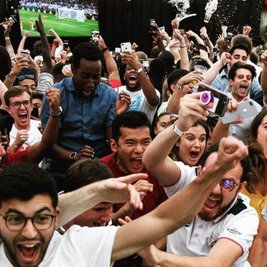 England in the Semi-Finals of the World Cup! - Lets hope so! Join the waiting list for tickets! - W... 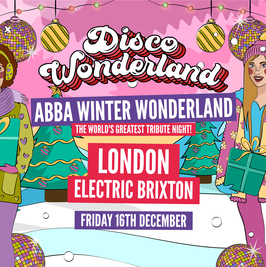 This event has been Postponed until 6th Apr 2023

ABBA Disco Wonderland returns to London one last time in 2022.