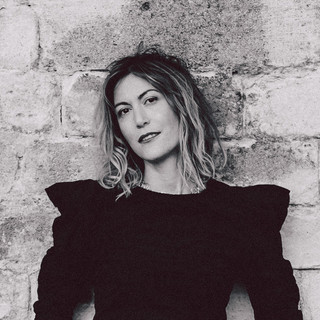 The London based DJ, Vocal Techniques graduate and accomplished pianist first surfaced under the Jackie Misfit guise. With this alias, she DJed at various underground parties plus clubs like Brixton Academy and The Drom in the English capital,... but also released on labels like Lokomotiv Recordings and started her own imprint, Echolette Records. It was a quick success story, with remixes from the likes of Hector picking up keen support from tastemakers including Marco Carola, Radio Slave and Loco Dice.

Now, though, having also made waves as vocalist and keyboard player with Def by Disco (who toured and had residencies around the UK) this unique electronic sculptress is working under her given name, Francesca Lombardo. So far she has spun alongside titans like Sven Vath, Agoria and Tobi Neumann at places like Klubbers Festival, Madrid, and Danzoo for Space of Sound, always joining the dots between house and techno.

Production wise for this genuinely musical talent it’s all about feeling, and it has been since growing up around her father’s vast collection of instruments as a child. “My style is colourful,” she says. “I like to write a track depending on how I feel. My tracks usually follow a concept.”

Said music is inspired by a lifetime of listening to Depeche Mode, Aphex Twin, Plastikman and more recent sounds like those offered by Ghostly International and Traum. But also by playing piano at Conservatorium of Music for Classical piano and singing opera from a young age. “Despite this, I was always attracted to electronic music and machines” she remembers. “I could never really cope with classical.”

With all these skills and musical experiences available to draw on, the future looks bright for Francesca Lombardo - an upcoming EP on leading contemporary label, Crosstown Rebels is only testament to that, as is the fact she has been signed to the much lauded Rebel Agency alongside the likes of scene darlings Jamie Jones, Maceo Plex and Art Department.

Francesca Lombardo has been mentioned in our news coverage

Acid Mondays Interview: Music is the structure of the universe

Francesca Lombardo interview: There wouldn’t be London without music

Here are the latest Francesca Lombardo mixes uploaded to Soundcloud.

Do you promote/manage Francesca Lombardo? Login to our free Promotion Centre to update these details.