Check out this week's top ten selection of the latest and most premium events now on sale with Skiddle.

Grab your phone and get ready to add ten more brilliant parties to your calendar - Skiddle's weekly events listings have just been updated.

We've got thousands of tickets on sale for some amazing new events and to assist you in discovering some of the best live shows and parties we have to offer, we've compiled this nifty little list, featuring just ten of our favourite, upcoming musical affairs - including heavy sound system sessions with bass heads the likes of Skepsis and Kanine, music festivals 'By The Sea' with UKG, live performances from icons of pop, Rick Astley and Sophie Ellis-Bextor and much, much more.

So, without further delay, here it is! Check out this week's New On Skiddle below...

(Click or tap on the artist, venue and/or event name below for tickets and more)

Where: BRAEHEAD WATERFRONT in Glasgow

Dance fans of Scotland, prepare yourself for the first-ever Colourfest Outdoor at Glasgow's Braehead Waterfront this September.

A one-day party in the heart of Scotlands largest city, the event is set to feature a bill of some of the world's best DJs, alongside a selection of local upcoming talents, performing over two mammoth stages. Taking to the ones and two's, those present can expect to see the likes of award-winning trance legend, Ben Nicky, Brennan Heart, Will Atkinson, David Rust, George Bowie and more.

Where: The Oval in Hastings

UKG By The Sea welcomes fans old and new to a weekend of UK garage partying, set against one of the most naturally beautiful backdrops in the UK.

Join thousands of UKG fans on Saturday 2nd October for an unforgettable day-long party on the coast. Get your tickets now below...

Find tickets for UKG By The Sea  - here

Taking place at Borde Hill, Haywards Heath, in West Sussex, Glades of Glory is the brand-new, boutique electronic music festival located within an area of outstanding natural beauty. Enhanced by its unique location and luxurious surroundings, this dance music event caters to all tastes with its diverse and noteworthy lineup of internationally sought-after talent.

Amongst the inaugural festivals bill of epic headliners are the likes of influential big beat duo, Groove Armada, house and techno pioneers, Patrick Topping and Eats Everything, Dan Shake, Dave Lee and Siggy Smalls to name a few.

Where: Mint Warehouse in Leeds

Party experts, Worried About Henry have confirmed their plans to bring a handful of next level UK bass music selectors and producers to Leeds Mint Warehouse this September.

Taking over the busy white rose venue from 11 pm until 5 am on Saturday 18th September, the lineup for this mega dance event includes heavyweight champions of the scene, boasting a wealth of experience on the global stage, such as DJ Sammy Virji, Bklava, Higgo, Oppidan and master of bassline, Skepsis.

Tickets are expected to fly out for this one. Don't hesitate - secure your place now.

Highest Point Festival have recently added a fourth night of live entertainment to close a weekend of amazing music in Lancaster's Williamson Park.

Rick Astley’s global phenomenon, 'Never Gonna Give You Up' was the highest-selling single of 1987. Racking up over 300 million YouTube hits, his live shows have played to sell out venues across the UK and around the world. Remarkable singer-songwriter, Sophie Ellis-Bextor is credited with bringing dance music back to the mainstream, selling over 10 million records worldwide and producing classic tracks such as 'Murder on the Dancefloor'.

Joining the legendary pair on the evening, phoney Latino outfit, The Cuban Brothers will also bring their world-renowned and theatrical hip hop flavoured show to the masses!

The Tuesday Club's Autumn 2021 season looks set to be one of its biggest yet.

Established back in 1998, TTC has become a stalwart of the northern scene, earning itself a solid reputation as one of the biggest party brands around, racking up an impressive list of acts over its many previous seasons.

Delivering an eclectic mix of underground electronic music, the clubbing brand will supply some of the most exciting names in techno, house, drum n bass and garage to Sheffield's dance-loving population throughout the fall this year. Joining them across the dates which have been announced so far are in-demand artists the likes of D Double E, Harriet Jaxxson, Annie Mac, Folamour, Eats Everything, Dimension... the list is long.

An early champion of the Balearic sound and a bonafide Ibiza legend, DJ Harvey is set to raise the roof at Manchester's huge Depot Mayfield warehouse venue this September, performing live on behalf of progressive dance event organisers - Electric Chair.

One of the most respected DJs in the world, DJ Harvey's talents remain in high demand across the globe. He's considered an influential figure, pivotal in bringing the disco/garage/house sound from America to the UK, and will be recognised by many dance fans in Northern England as a once regular face behind the wheels of steel in clubs across Manchester.

Returning to the city where it all began after 14 years, Electric Chair with DJ Harvey will provide a sublime soundtrack, spinning the best in disco house, house, tech-house and techno, alongside supporting acts, Artwork, LilMinx and The Unabombers.

Too Many Zooz at MK11 Milton Keynes

Too Many Zooz will finally make their long-awaited return to the UK this autumn/winter, performing a rescheduled date at Milton Keynes MK11 on Friday 5th November, as part of their forthcoming European tour.

Described as a 'full-throttle blend of Duke Ellington meets Metallica', the band's high energy 'brass-house' sound has taken them around the world, from festivals such as Glastonbury and Lollapalooza to opening for global megastar, Alicia Keys.

Hailing from New York, the group, who became a viral sensation following a live performance in the city's busy Union Square, have since released two studio albums, featured on numerous TV shows and also won a handful of awards for their work.

If you are looking for a night of funky dance music, insane stage antics and pure entertainment - you've got it right here.

Find tickets for Too Many Zooz at MK11 - here 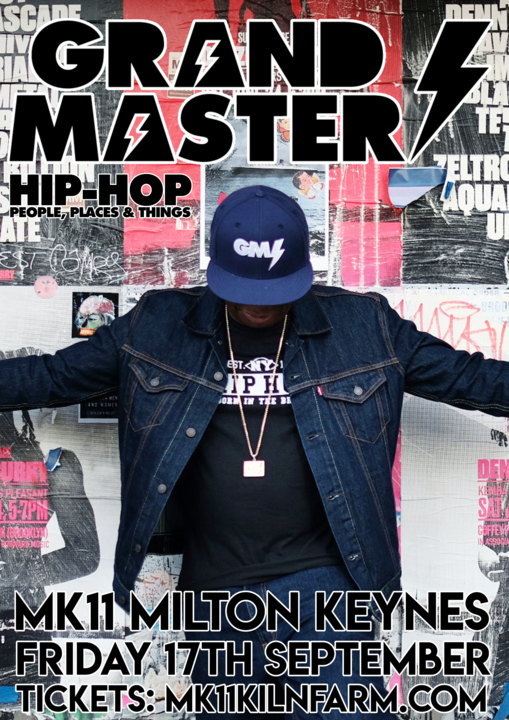 One of hip hop's most beloved pioneers, Grandmaster Flash will bring 35 years' worth of classics to Milton Keynes on Friday 17th September, stopping off at independent music venue, MK11 as part of his People, Places & Things Tour.

Known for his legendary turntablism, signature scratching and beat sequencing, Flash is widely regarded as one of the greatest and most influential to ever grace the decks in the hip hop scene. A prolific hitmaker, he's sold over 100 million records worldwide and received multiple Grammy award nominations for tracks such as White Lines (Don't Do It) and 'The Message' - one of the first-ever records to feature a socially conscious message, referring to poverty in the US.

Catch this trailblazing legend spinning a first-rate selection of records from his extensive repertoire at MK11 this autumn.

After 17 long months away from live music and events, the party-throwing team behind dance brand, Church are finally back. And be warned, they mean business...

Presenting one of the most talked-about names in drum n bass at present, 20-year-old South Londoner and drum n bass don, Kanine is set to join Church at The Liquid Room in the Scottish capital, making his long-awaited debut north of the border on Wednesday 15th September.

Get ready to skank and rave into the early hours, to bangers such as 'Your Love' featuring Friction, 'Figure it Out', 'Want You' and historic drum n bass anthem, 'The Shadows'. An absolute must-attend for bass heads.

Find tickets for Kanine at The Liquid Room - here

To find out more about live gigs, club nights, heady warehouse raves, and weekend-long festivals happening across the UK, head on over to our What's On Guide.

Simply enter the city or town nearest to you, along with the dates you're looking to attend an event, press submit and hey presto! A long list of first-rate parties right before your very eyes!