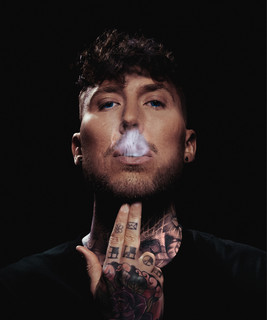 Ben Nicky is without a shadow of a doubt the stand out, record-breaking star on the global dance scene. Having catapulted himself into the limelight to transcend well beyond his genre, tattooing his mark on the scene and outselling his peers to become one of the most sought-after globe trotting artists and online celebrities, with his social media interaction and viral videos second to none!

Ben’s unique, yet recognisable brand is sported by waves of adoring fans at his shows worldwide has made him stand out from the pack and quickly become one of the worlds strongest selling dance music artists. Selling out venues across the globe including the SSE Arena in Belfast and Ormeau Park Belfast, a 15,000 capacity venue with legendary promoters Belsonic - outselling many household rock & pop stars that same week! Diplo has even called him “The leader of a new movement in dance music’ on his Diplo & Friends radio show. Not to mention performing at the usual prestigious worldwide festivals including EDC Vegas, Tomorrowland, Creamfields (worldwide) & Ultra Music Festival. Outselling many household names in new territories is par for the course with Ben now as he quickly continues his quest for even greater global success.

With one of busiest DJ schedules in the dance music world, it’s clear to see why Ben Nicky’s popularity has soared over recent years and why waves of new generations are flocking to his events. 2019 saw Ben’s most successful year to date as his debut BBC Radio 1 Essential Mix aired in May, he sold out Ormeau Park in Belfast to 15,000 people in June and debuted on the legendary Main Stage of Tomorrowland in July. Ben’s online social media presence and interaction skills have resulted in hundreds of millions of organic views across all platforms over the last three years, ensuring your timeline is constantly reminded of the power & global reach of the Ben Nicky brand.

Ben’s well constructed, open format DJ sets range from 125 BPM to 200 BPM, keeping his audience locked in, fusing together well known classics with current drops and sounds in his unique Headf**k mashups, with plenty of twists and turns, yet making it very dance floor friendly, appealing to the masses and making each set a unique audio experience.

His recent releases have been signed to Universal, Good Enuff, Mad Decent, Ultra & Spinnin’ Records with his musical style cleverly crossing a full spectrum of genres including Trance, Psy Trance, Techno, Electro, Hardstyle, Happy Hardcore, & Bounce to name just a few. Pete Tong has called him “... a multi-genre specialist” during his BBC Radio 1 Essential Mix. He has multiple #1’s on Beatport including ‘Hot Plate’, ‘The Donk’, ‘Funky Bill’, ‘Wonky’ all from his own label HDFK Records along with numerous top 10 releases on the iTunes UK dance charts.

2020 will see Ben Nicky conquer even more of the dance music world as he plans to release no fewer than 20 singles (including a collab with the legendary Steve Aoki) plus play to more people than ever before across multiple festivals & club shows worldwide. Ben Nicky’s online and offline entrepreneurial skills have pushed him into the upper echelons of world class DJs. If you’ve not yet been introduced to Ben Nicky’s sound then you’ve got to ask yourself just one thing: why not?

Ben Nicky has been mentioned in our news coverage

Tickets for The Weekender Festival 2022 are now on sale

The best student clubs and bars in Liverpool

Below is a sample playlists for Ben Nicky taken from spotify.

Do you promote/manage Ben Nicky? Login to our free Promotion Centre to update these details.