Folk songstress talks to us about her brand new album, the themes within it and her upcoming tour in which she'll be hitting Birmingham.

Jesca Hoop has a musical back story like no other. During her strict Mormon upbringing she learned to sing and song write from an early age. After breaking away from her religious family, she lived her life "as a raccoon" as she puts it; being at one with nature and living in yurts, converted chicken coops and even spent one summer living under a tree.

After the unique opportunity to become the nanny for the children of unmistakable and prolific artist Tom Waits was given to Hoops, he became her musical muse and she was quickly noticed by the likes of BBC 6Music and in particular, Guy Garvey, who she later went on to collaborate with and support on tour of his band Elbow.

She's since collaborated with numerous musicians, including Sam Beam of Iron and Wine for their joint album, Love Letter for Fire. Now, she's gone back to creating original solo material and has recorded and released a brand new album. We caught up with Jesca ahead of her UK tour to chat about that release, Memories Are Now.

You were famously discovered by Tom Waits after being his nanny, would you still be pursuing this musical career if it wasn't for his encouragement?

One hundred percent, absolutely! You've got to start somewhere, somehow and that's how it started for me. But I've been working and making records for ten years, that's just how my gates particularly opened you know, it's just what chaos was delivered my way.

So a career within music was always on the cards for you?

I've been a singer since I was little. I don't know what's on the cards for me or anyone else but I know that for me, my work in music is due to my work in music, not any of my champions.

Your lyrics are often brutally honest, and address somewhat taboo topics - particularly in House That Jack Built. Is the personal touch to your music an intentional creative endeavour or does it depend on where your inspiration is driven from?

I feel in general, but especially during the time period of The House That Jack Built, that I should be explicit in my communication, and it was drawing from - like you said - a personal place. It's not to point the finger towards myself but to be one who can communicate. I think if one is able to communicate then one should communicate because it helps us at large.

I think that no one's alone and I think that my story is not unique, and part of my intention behind writing explicit lyrics was to help connect with others who share a similar story.

It's really lovely that you're able to create music that other's are able to relate to, it's rare in music these days for people to be so honest within their songs...

(She laughs) That's because it's probably not going to help their sales much.

It's a shame that music is more about making sales than creative integrity and expressing yourself. The recordings of your new album Memories Are Now are quite raw and intimate, with reverb and finger picking of the guitar, was this a creative choice to support the personal nature of the lyrics?

Memories Are Now was a choice in terms of the sparsity and the minimalist approach, that was my producer - Blake Mills - who is a long time collaborator of mine and has made records with me and has also been in an audience in a live show. He recognised that the strength of what I do comes out when there's less surrounding me.

So in a live setting it's quite intimate as well?

It can be. It can vary, but he wanted to put out something similar and a lot of the times I'll go out with just the guitar and myself. On the record, each song on Memories Are Now doesn't have more than a few elements to it. So he wanted to draw out the centrepiece character which is the story and the character with a voice.

That is what folk music is all about, telling a story from a character. How does the Memories Are Now album differ from your previous releases?

Well, you named it! This one is more sparse, the songwriting is more confrontational in a way. Someone put it the other day that it's a nine-track album of protest songs, and I feel it's true, although I hadn't thought of it that way before. Each song is contending with something, I think it's a nice way to put it.

It's your first creative solo endeavour in about five years...

I released The House That Jack Built in the middle of 2012 and I released two other records after that, and then I released Love Letter for Fire. Since 2012 it's the first solo record of original material I guess, but I've been working my little ass off!

Is it nice to completely hold the reigns and have creative control again or do you miss working with collaborators?

With Love Letter for Fire with Sam Beam (of Iron and Wine), we carried the reigns together, but that has its different advantages and different things to enjoy. Holding the reigns, there's a lot more responsibility that comes along with that. It's just different.

Do you have any specific inspirations for Memories Are Now?

I do believe that you can subject yourself to blocks and create challenges in your life that keep you from living fully and I think that's what I was concentrating on when I was writing from track to track.

I don't think anybody else can help place a curse on you, I don't think there's any power that can do that. I do believe that you can subject yourself to blocks and create challenges in your life that keep you from living fully, and I think that's what I was concentrating on when I was writing from track to track.

That's a really positive and constructive way of dealing with blocks within your life, to have this creative release, would you say that's always been the case? That you'd turn to songwriting to deal with particular issues within your life?

Yes, I tend to turn to song writing when I'm troubled.

Memories Are Now contains a few references to technology - especially in your single 'Animal Kingdom Chaotic', is the digital age something that concerns you?

Oh it bugs the fuck out of me! I don't understand my computer, with my work I have to do a certain amount of communication. I recognise the benefits of the rapid transfer, I understand that our world's shaped by the information age, and I appreciate it. At the same time, we're not all cut out for it and it's not very good for us.

I think that we need a more analogue experience, to be more in touch with nature and the elements, not just the information but the air and the earth and the water and so on. Many times when you're sat for hours working at your computer, you leave the day not having any sense of what you've accomplished - and I think that's because things are happening possibly too fast.

I don't necessarily love not seeing what I've accomplished, but that's only one element of my work and one element of technology is amazing. I can't talk about technology at large because it's too broad a subject, but in terms of my sitting down at the computer, I'm looking forward to the days when those are over.

You also reference a "Pixelated Generation" in one of your tracks, which captivates the technology-obsessed world we live in - your stripped down recordings with minimal production - is that your way of protesting that?

You're about to embark on a tour, what can we expect from these live performances?

It's going to draw from the catalogue, so it'll have an arc of sensibilities and styles and sparsity versus some rich and lush stuff as well. There's a four-piece band and we're going to have some fun.

You can get Jesca Hoop tickets via the box below.

The Besnard Lakes to tour 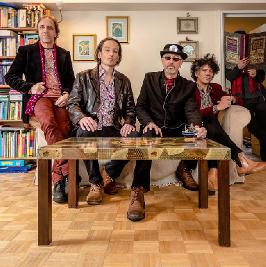 This event has been Postponed until 15th Mar 2022 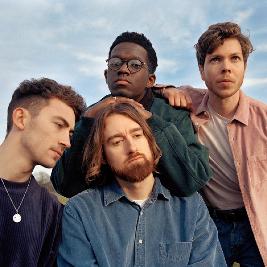 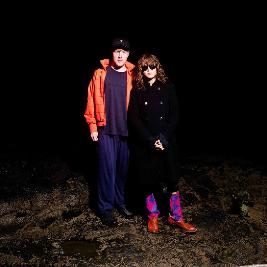 This event has been Postponed until 19th Oct 2021

This is Tmrw presents Jockstrap on Weds May 13th 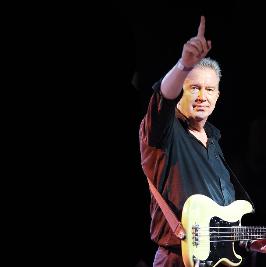 This event has been Postponed until 11th May 2022

Never Too Late - 70th Birthday Tour. The veteran broadcaster and songwriter marks 70 years on the pl...