Eats Everything chats to Skiddle

We caught up with the affable Mr Everything to talk about the UK dance scene in the US, bad videos, and yes, that name...

Few producers in the history of dance music have made such a rapid and far-reaching impact on the electronic music scene as Eats Everything aka Bristolian Daniel Pearce.

In a matter of months he has defined a whole new genre of forward-thinking underground house music that draws elements from classic house, UK bass music, Detroit techno, jungle and early rave, paying homage to everything from Randy Crawford to Ray Charles and Murk to MK.

Having just returned from a stellar outing at Detroit’s Movement festival, we caught up with the affable Mr Everything to talk about the UK dance scene in the US, bad videos, and yes, that name...

You’ve just returned from Movement festival in Detroit, how was that?

Well I didn’t play the actual festival, but I played the Dirtybird showcase and I played the Liason party on the Sunday night. The main festival finishes at midnight, so everyone heads to the afterparties. There’s no cheese either, it’s just great house and techno.

Detroit has a cultural history in dance music, unlike a lot of America.

Yeah, it’s really underground and cool, but the ravers all wear furry boots with dummies in their mouths, like old Gatecrasher ravers, but everyone was really up for it. I didn’t get to watch many acts, but it was great.

Have you played much in the US?

Yeah, I did a tour in April, and I’ve got more coming up in September and November.

Do you feel the UK bass scene, for lack of a better term, has helped reinvigorate dance in the US? Have UK styles helped?

It seems that way. I mean, put it this way, at the top of the spectrum you’ve got Skrillex and whatever, and his stuff is indebted to dubstep and people from Croydon, like Skream and Benga and those guys. And then there’s Kaskade, who are basically making trance, which again is European influenced. And now, it’s underground, but I think it’s definitely been good for Dirtybird, who have always been big but now, it’s really taken off over the past few years.

But I wouldn’t say they’ve done anything differently.

No, it’s just people putting a different spin on things. I think for me, personally, a few years ago, dance music felt quite stale. When minimal was at it’s height, I disliked it quite a lot, and then electro-house wasn’t as amazing as it once was. And I’m 32, so I’ve been into house since 1993, and now it’s very similar. More technical, but it’s come back round and it’s an amazing place. And I’m so proud to be involved in it and seen to be someone who can push it forward by some people.

Bristol was squarely seen as the UK bass scene. Have you felt at all that you need to distance yourself from that yet, or do you just do your own thing?

I don’t really think about what I’m doing. For every track I bring out, there’s probably ten that are unfinished or simply not good enough or whatever, but I mainly just try and do something different each time I get into the studio. For original music, I just want to release where I am - Pets, Dirtybird, FutureBoogie and Hypercolour. Remixes are another thing, but I want my tracks for all the labels to be different. And the stuff for Futureboogie is very disco, and then I’ve also done some acid house kinda records for them. I don’t try and sit in one camp. I don’t think you can, and I’ve been trying to get her for twenty years, I don’t want to be out as quickly as I got in.

Last year you released Tric-Trac, which was a big hit, and a record you did with Worthy to just rip the room apart. Was that a one off, or do you have more tunes like that on the way?

Well, it was just done in 3 hours, we were just mucking about one night, basically. I’ve just made a festival edit of it, the break is longer by about 15 seconds. There’s extra drums, it’s a little different, and I tried it out in Detroit and it went down really well. But I think I’m going to let it stand as its own track now.

You’ve a curious name for a DJ. How long have you been playing and producing under the name Eats Everything?

Since about 2007, now. I used to record with another guy under the name of Schmidt, but he didn’t want to do it anymore, he had a very hectic work schedule, so it was just me.

Obviously it’s quite a curious name...

Well, it relates to the fact that I do like to eat everything, to be honest. But also to my style as a DJ and producer, I like to play a lot of different stuff from all genres and styles.

You’re also one of the few DJs I can think of with a press photo of them having seemingly nicked a big load of Walkers crisps. Is it fair to say you have a sense of humour about yourself?

Oh yeah, because it’s not a serious job, it’s a fun job, and I’m not a serious person, I’m a fucking idiot. I have made some ‘serious’ music, I suppose my last EP is darker than the rest but I like to have a laugh, really. I’ve just done this promo video for Glade that is just me getting covered in four layers of make up.

Who, in your opinion, is the funniest DJ?

Oh, Justin Martin, definitely. He’s staying at mine this week, he’s a hilarious guy and a brilliant producer.

Your new video for Jagged Edge is similarly funny and strange. It’s just a girl driving around LA, who we keep expecting to hit some sort of party, but mainly just eats various types of fast food!

Ah, yeah, well that was the idea of the Catz N Dogz guys at Pets. It’s a funny video, I love the souped up car she’s in. I think that’s more representative of the experience of the sort of person who’d listen to my music.

Right, unlike some other electro-house pop producers whose videos are a bit much?

Yeah, some of them are ridiculous. These mad parties, playboy bunnies, girls with their baps out, champagne popping. It’s just not realistic. The good thing is with all that though, is I think it makes the underground stronger, people in other scenes get to be more creative. Paris Hilton or whoever, it just doesn’t affect my life or career.

So you still live in Bristol, is it still a good scene there?

Yeah, definitely. We’ve got In:Motion, which is at a skatepark, and festivals like Love Saves The Day, which had a mental lineup. The output is really consistent from producers here too.

You’re playing Glade this year, that’s a festival definitely lacking in Guetta or Paris Hilton. Are you excited?

Oh mate, I cannot wait. I’ve been once before and it was mad, everyone was so up for it, I really hope they still are.

They’ve done a lot more with it on the site, there’s going to be secret stages in the forest, loads of things for people to discover, basically.

That sounds fantastic, I can’t wait to have a good look around. Honestly, I’ve never seen a crowd more dedicated to partying than at Glade!

And what are your plans for the rest of the year? Justin Martin has just released his debut album on Dirtybird, can we expect something similar to follow from you?

Eventually, yeah. The plan with me and Dirtybird is that I’ve said to Barclay (Claude Von Stroke), that I’m just going to write as much music as possible, get 30 or 40 tracks done and take them too him in view of an album. But there’s no rush, basically, when I’m working to deadlines my creativity tends to go out of the window. Apart from that, I’ve got new stuff coming up for all the labels, and I’m working on a collaboration with Justin for Hypercolour, so yeah, it’s a busy time.

Ultimately, are you looking to work with other artists?

Yeah, that’s the goal. Right now, I love travelling and playing music, but I’m 32, and I’m not sure it’ll be the same when I’m 40. That could all change, of course, but I’d love to be able to have a studio here in Bristol for myself and a load of artists to come and record in.

Here are the next 4 upcoming events At Houghton Hall, Norfolk 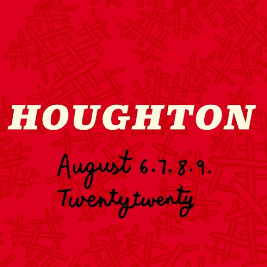