Afterparty Events are providing you with the show you deserve flying in the one and only Melbourne DJ & producer superstar, Mr Will Sparks
??
Will is no stranger to the UK (nor the rest of the world) having played the biggest festivals in the world & releasing some of the biggest tracks with the biggest names in the industry, recently with a HUGE collaboration Tricky Tricky with fellow Auzzie Timmy Trumpet & Dutch sensations W&W
??
Unlike any other show, you have seen Will play in the UK we are bringing in some serious production to fill all yours & Will's needs with a MEGA U.K. PRODUCTION SHOW
??
BANK HOLIDAY SUNDAY 24TH MAY @ possibly Liverpool's most talked about & loved venue The Invisible Wind Factory, afterparty residents will also guide you on a journey to make this a night you will not forget
??
Tickets will be available through the main website www.willsparksliverpool.com, Skiddle and through the DJs... WILL you be there to watch SPARKS fly across the night as we host a one time only show, don't get left outside!

In his short career, Will Sparks has won the title of ?Best Breakthrough Artist? [inthemix ? 2013], Australia?s #1 DJ, [inthemix ? 2014], one of ?Billboard Magazine?s 10 most exciting young talents?, #73 DJ in the World [DJ Mag Top 100 ? 2016], #83 DJ in the World [DJ Mag- 2017] #56 DJ in the World [DJ Mag ? 2018], embarked on countless world tours, playing roughly 300 shows every year across all corners of the globe, with residencies at some of the worlds most famous venues Cavo ? Paradiso ? Mykonos, Marquee ? Sydney to name a few, and hitting some of the biggest stages in the world including Tomorrowland, Electric Daisy Carnival, Ultra Music Festival and TomorrowWorld.

Since his genre-defining track, ?Ah Yeah!? hit #3 on the Beatport overall charts at the tail end of 2012, Will Sparks has been unstoppable, curating a catalogue of highly esteemed, energising repertoire by producing hit after hit and gaining recognition from a number of dance music heavyweights and the biggest names in the industry and winning him multiple Gold and Platinum records to decorate the walls with, including FOUR top 10 Beatport records before May 2017 alone.

His SoundCloud page stands as testament to his phenomenal influence as a producer, racking up millions of plays on a single release alone and his countless original productions have spent weeks inside the Beatport top 10 in addition to signature remixes of global hits such as Major Lazer?s ?Be Together?, Robin Thicke?s ?Blurred Lines?, The Chainsmokers? ?Selfie? and a sync deal that saw his hit track ?Ah Yeah? featured as the main promotional track for hit US TV series ?Ballers? with The Rock. To add to his impressive resume, Will Sparks has curated his own record label ?Bourne Recordings, a joint venture with Lucky Ent and Ministry of Sound Australia, which has a mission of supporting young talent and emerging artists as well as acting as a home for his releases. Bourne now boasts multiple Beatport overall Top 10?s.

With a social reach in the millions, and the ability to adapt to an ever-changing musical landscape whilst still Holding the signature Will Sparks brand and sound, there is no doubt Will Sparks is an artist that is here for the long run. 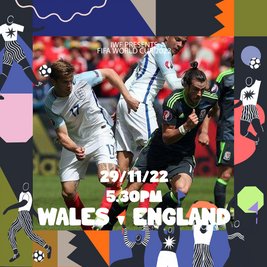 Join us for WALES v ENGLAND here at IWF! A limited number of free tickets available, drinks deals a... 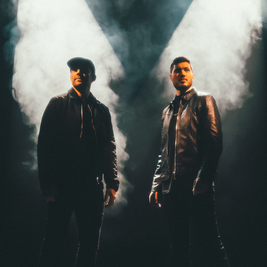 Third Party return to Liverpool, scene of their last sold out LIIIVE show, for another unforgettable... 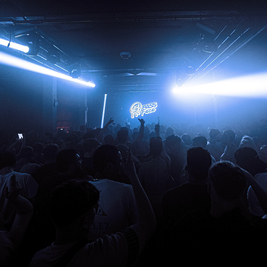 We return after our SOLD OUT LDN.BTN.MCR.LEEDS.LP.NCL.BHAM monthly shows with DNB's biggest names + ... 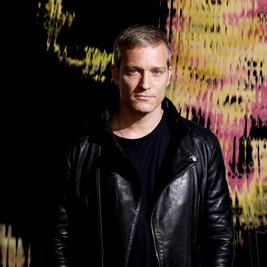