Ahead of their upcoming single launch, Ben Smith caught up with Hooton Tennis Club to get the inside info on the band that are making waves on the Mersey and beyond with their debut record 'Jasper'.

Not long ago, Hooton Tennis Club was a place for the people of Ellesmere Port, located on the banks of the Mersey to serve up the aces on a Saturday morning.

That notion has been turned on its head by a band of the same name, consisting of a quartet from Liverpool who are blipping just about every live music authority's radar at the moment with their debut single 'Jasper' (below).

Baring in mind that they're yet to even start producing an album, their emergence harks back to the early days of the Palma Violets, who made similar noise with 'Best Of Friends' ahead of their debut long player landing.

Whilst the foursome remain strikingly well grounded, you get the feeling that with appropriate direction they can mould into a similar stature (documented in our hype list), and they posses the perfect platform to do so by signing to Heavenly Recordings.

In anticipation of their single launch at The Shipping Forecast on Friday 20th February, we caught up with the band to find out more ahead of their marquee appearance.  We got onto the subject of a future album, how they're coping with the hype surrounding them and band member Callum's affinity with Ginger biscuits that could potentially solve world sea sickness.

So the single launch, what a night that will be for you all, I bet you can't wait, right?

It's gonna be sweet! We're all very much looking forward to it.

We've never seen the actual tennis club, we've only seen the road sign; tennis is easily our least favourite sport. It's too difficult to come up with band names, everyone loves their own ideas and just dismisses everyone else's. 'Hooton Tennis Club' was originally a song title, but we just stuck with it.

And how do you lads know each other?

We've known each other since our early high school years. We all started playing music around the same time, so we spent a lot of time teaching each other guitar riffs and showing each other bands that we had just discovered (...hey, have you guys heard of Nirvana, they're really great).

Everyone's talking about you right now, are you taken back by all the exposure you're receiving?

It'd be nice if everyone was talking about us, but we don't think that they are. That being said, we're elated with the fact that some people are talking about us. It's always nice to hear your music on the radio!

The single you're launching is called 'Jasper', who we presume to be the "great great man", but just who is Jasper, talk us through the song?

The song is about a specific person, but it's also about one of those universal concepts that can apply to more or less everyone. We're all about Roland Barthes' 'Death of the Author', once a song is released into the wild then each listener can decide what the song is about.

There's also 'Standing Knees' on the EP and we've came across a bunch of your other tracks (hear one of those below), so where does an album come in all of this?

We're starting to think about the album a bit more seriously now, we're demo'ing songs, booking studio time, and seeing which songs work well together. We really love some of our bedroom style recordings, but we also love the songs that we've recorded in a proper studio. We're trying to find a happy medium.

We're loving your sound, it's quite a slack breezy lo-fi sound, is that something you're trying to achieve or are we still far from the finished product do you think?

We get the 'slack' tag quite often, but it's not something we're particularly aiming for. When we record songs we don't actively strive to put in 'wrong notes' or other 'slacky' characteristics, but then again we definitely don't strive for perfection in every take.

Obviously we can only speak from our experience with Heavenly, we don't really know how other independents work, and we definitely don't know how the majors operate.

Everyone at Heavenly seems to be a music fan first and foremost. The most important thing seems to be that they are working with music that they like, all the business-ey stuff seems secondary.

They also boast the likes of Temples and The Wytches who've made massive inroads in the past year and lead a path you're sure to follow, so they obviously see your potential, but do you have a next step in mind to where you want to be?

It's good to flick through the other bands' Instagram pics and see photos of them travelling the world and playing shows. It's really nice to know that that is a possibility for us.

Obviously, it's nowhere near certain that we'll have anywhere near the same level of success, but it's exciting to know that it's not completely out of our grasp!

We've got a few festivals lined up. Hopefully we'll have lots of time to hang out and watch lots of bands. Last year we went to Festival No. 6, it was the first festival we'd been to in years, we'd forgotten how amazing they can be! Martha Reeves was incredible!

And finally, tell us something we didn't know about you, someone in the band, anything?

Callum works as a hydrographic surveyor. He spends his days on a boat, travelling up and down the Mersey, eating ginger biscuits to stop his sea-sickness.

Want to get in on the action at Shipping Forecast this Friday? Head here for tickets and more info.

Here are the next 4 upcoming events At The Shipping Forecast, Liverpool 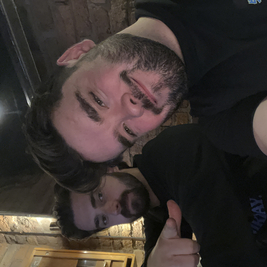 A mad quiz with often offensive and difficult questions and a stupid main prize. 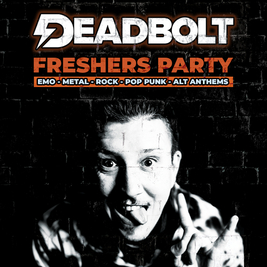 Deadbolt returns to The Shipping Forecast along with Sean Smith (Sappenin' / The Blackout) on Septem... 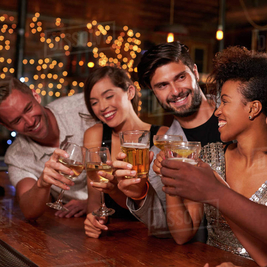 We are back for another Liverpool Single Mingle 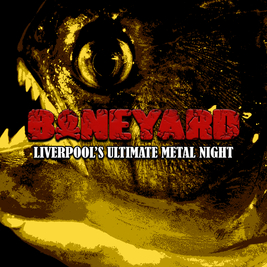 Boneyard is back at The Shipping Forecast again on Saturday October 22nd for another night of all th...