Saturday night saw The Flaming Lips, British Sea Power and more perform in the shadow of the magnificent Lovell Telescope for the first ever Live at Jodrell Bank. Jayne Robinson reports back.

“Wow. I think that this is the greatest place to be on Planet Earth tonight”. The words came from the mouth of awe-struck Flaming Lips frontman Wayne Coyne, but the sentiment was echoed in the face of each of the thousands of people gathered together in the shadow of the Lovell Telescope on Saturday night, for the first ever Live at Jodrell Bank.

The Flaming Lips’ live shows have often been described as near religious experiences, thanks to the rousing, life-affirming performance of Wayne Coyne and the celebratory atmosphere created. But tonight we were worshipping in the glow of scientific achievement, not God, with The Lips’ already astronomical live show further enhanced by the presence of the telescope; the visible symbol of the reaches of human achievement and space exploration.

And while the 76m high Lovell Telescope marks an achievement for science and the human race, Live at Jodrell Bank certainly marked something fresh and groundbreaking in the world of live events. Indeed, in a summer saturated by festivals and outdoor music events, the forward thinking team behind The Warehouse Project and Manchester based events company Ear to the Ground managed to create a truly unique and memorable experience at this stunning setting.

London based solo artist Alice Gold kicked things off earlier in the day, her pyschadelia tinged pop-rock proving the perfect introduction to the day as people lounged on the grass in the glorious sunshine.

As the day wore on, the imposing telescope gradually moved around to face the crowd, looking frankly majestic in the warm pink summer glow that blessed Saturday’s event. And after a talk by Jodrell Bank’s Professor Tim O’Brien, British Sea Power took to the stage to charm the crowd some more with a spellbinding set of harmonic ‘epic rock’, accompanied on stage by a scrapping bear and robot.

But as night began to fall and the telescope completed its revolution to reveal its full frontal impact, excitement began to build as anticipation for the headline act spread across the expectant crowd.

Appearing through a projected door high up on the stage, Wayne Coyne launched straight into his trademark bubble, his unique, sci-fi like interpretation of crowdsurfing never seeming more appropriate as he wandered out across the elated crowd like an exploring spaceman.

And then, with a blast of brightly coloured confetti, an outpouring of huge, colourful balloons and an invasion of onstage dancers (tonight taking a Wizard of Oz theme), the party began.

The Flaming Lips aren’t a ‘hits’ band; their live shows being more about the carnival atmosphere and emotional connection than the individual songs themselves. Their set here reflected this, with tracks such as ‘Is David Bowie Dying’, ‘See the Leaves’, and ‘What is the Light?’ flowing along beautifully, punctuated occasionally by more well known tracks such as ‘Yoshimi Battles the Pink Robots’, ‘She Don’t Use Jelly’ and ‘The Yeah Yeah Yeah Song’; which all roused the crowd into joyous sing-a-longs.

The Flaming Lips are all about fun and spectacle, with Wayne Coyne using loudspeakers, shimmering swizzle sticks and other theatrics to create an onstage circus of visual delights. ‘Laser Hands’ saw him shooting green laser beams out of a pair of oversized hands (of course), while an exhausting library of visuals projected onto the screen behind throughout the show. And all the while, the omni-present Lovell Telescope loomed high above the stage, waiting for its moment.

And that moment came when the band left the stage before their encore, leaving an expectant crowd alone to soak up the magnificent visuals projected onto the huge dish; a short film about Lovell and space exploration, accompanied by the majestic theme to 2001: A Space Odyssey. Watch the film below.

But of course no Flaming Lips show would be complete without the inevitable encore of the band’s biggest and most life-affirming hymn ‘Do you Realise’; its emotive lyrics delivered through a sublime explosion of sound, lights and confetti as the entire crowd poured their heart and soul into singing along to every word. The lyrics ‘Do you realise we’re floating through Space?’ have never felt more real.

A fantastic evening at the Church of The Flaming Lips, one small step for man, and a giant leap for Live at Jodrell Bank. Bring on Transmission 002. We can’t wait.

(Thanks to Robert Kitto for the video) 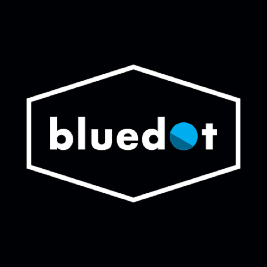