PierJam are pleased to announce the line-up for their hotly anticipated opening party for the 2020 summer season at the Iconic North Pier, Blackpool on Bank Holiday Saturday 9th May, which will see huge electronic music duo Chase & Status (DJ Set), king of bass music Holy Goof, Crucast?s very own Skepsis alongside Bru-C as well as Manchester born house music trio Mason Collective, Amine Edge & one of the hottest up and coming acts on the house music scene right now; Alisha take to the decks.

Set across two outdoor stages and 2 indoor arenas of the stunning setting of Blackpool North Pier, the 2020 opening extravaganza of the iconic day time party will see chart-topping electronic music legends, Chase & Status heading up a host of the hottest talents with a killer DJ set. Responsible for tracks such as ?Blind Faith? and ?Time? - both of which shot up the UK top 40 charts - there is no doubt PierJammers will be going wild for them at their 2020 opening party.

Next up, Holy Goof who is best known for his high energy sets featuring a fluid, bassline hybrid sound that is guaranteed to have the whole Pier bouncing. With tracks such as ?Back Again? and his massive remix of A$AP Fergs ?Redlight? under his belt, he is ever growing and has spent the last 12 months very much in the limelight of the Bass Music world. We are very excited to see him take to the decks at PierJam.

Special guest Bass Music don Skepsis will be taking to the decks alongside Bru-C. Often touring with their label CruCast and fellow bass DJs such as Darkzy and TS7 - their sets are filled with the naughtiest of drops and the heaviest of basslines that are sure to have the crowd going crazy.

Next up on this killer lineup announcement comes Amine Edge, well known for his very distinctive sound of a combination of funks deep basses and late 80?s House music. He has received support from world class DJs such as Carl Cox and Solomun and had many successful releases since the start of his DJing and Producing career.

Another act revealed are Manchester born tech/house music trio Mason Collective. Since their inception in 2014, Mason Collective have been drawing attention in the underground music scene for their explosive DJ sets and edgy vibe.

Finally, to round off the first lineup announcement, we have ALISHA. Fast-rising tech-house producer ALISHA has already released on Green Velvet's label and supported massive names in the scene like Hot Since 82 and Nic Fanciulli. She is most certainly one to watch out for and we can?t wait to witness her PierJam debut.

2020 will be the sixth season of the North West?s favourite series of daytime parties and organisers have already promised the new decade will see an amped up version of the already hugely successful events, kicking off in May right through the summer, with a whole host of extra surprises for the 2020 series, making this summer season the biggest and most extravagant to date.

Tickets for the 2020 opening event will go on sale at 9am on Friday 29th November but due to the popularity of the PierJam Blackpool series organisers are encouraging fans to sign up to receive exclusive access to discounted early bird tickets 48 hours ahead of general sale at 9am on Wednesday 27th November.

Here are the next 4 upcoming events At Blackpool North Pier, Blackpool 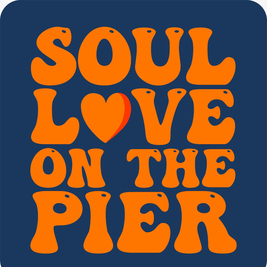 Blackpool’s newest soul event at one of Blackpool’s most unique venues on Saturday 28th ... 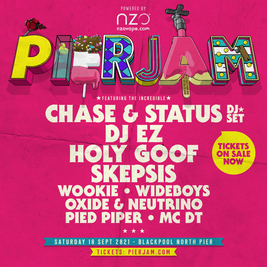 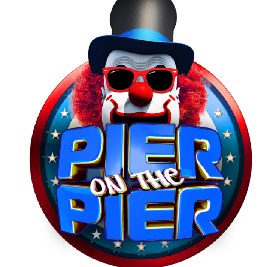