Open Senses Festival: How a multi-sensory extravaganza is heightening the capital's delights

From the Evening Standard, May 10th 2017. "Hearing colours and tasting sounds ? a new festival aims to open Londoners? eyes to the ?sensorial revolution?, says Lyndsey Winship"

I?m on the eighth floor of an empty office building in East India Dock, blindfolded. Music starts playing, a Janácek string quartet, and I feel someone?s fingers scampering up my back in time with the violins.

Sounds creepy, I know, but it makes me break into a big grin. I?m getting a sneak preview of a new multi-sensory performance piece by Bittersuite, a company dedicated to experiencing live music not just as sound but as smells, tastes and sensations, inspired by the neurological condition synaesthesia, where people ?hear? colours or ?taste? sounds in a confusion of the senses.

Participants in Bittersuite?s show, Tapestries, will be guided through the moods and stories of the music with stimuli coming from every direction ? dark musky smells and airy floral ones evoking a landscape and atmosphere for the score. It makes for an intense and unusual listening experience as I am wrapped in a blanket, or danced around the room to the rhythm of the music.

But Tapestries is just the tip of the iceberg. When Bittersuite?s founder, composer Stephanie Singer, 27, first started making work drawing on multi-sensory experience, she discovered she was part of a trend. An explosion of people across wildly different fields ? the arts, psychology, philosophy, anthropology, food, science and technology ? were all beginning to investigate the overlooked power of the senses and the way different senses impact on each other. 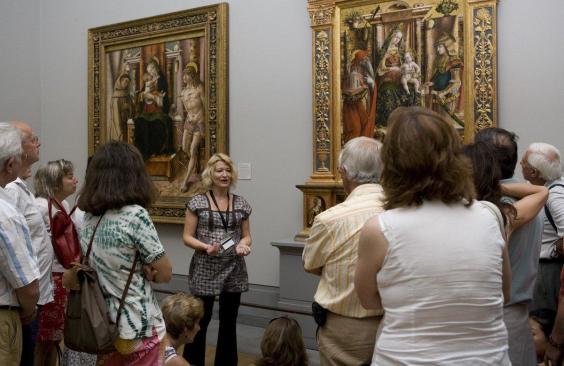 A tour of the National Gallery incorporates smells

Singer was so impressed that she has now organised a festival, Open Senses, to bring some of these people and their work together, including big hitters in the field such as Professor David Howes, co-director of the Centre for Sensory Studies in Montreal, Canada, who says we?re currently experiencing a ?sensorial revolution? akin to the sexual revolution of the Sixties.

Open Senses is a weekend of talks and events that aim to make you think differently about how we perceive the world. Experiences on offer include a tour of some of the National Gallery?s paintings with specially curated smells to match the pictures; a site-specific performance where blindfolded visitors will experience the architecture of secret spaces at the Royal Academy of Arts; a one-on-one immersive art installation all about water from international collective Elephants and Volcanoes; and a multi-sensory club night that features a vibrating floor and a ?scent jockey?.

There is also an augmented-reality game featuring a series of escape rooms with technology that changes the way your senses actually perceive things ? which of course makes it more difficult to get out.

Singer thinks the reason so many people are interested in the multi-sensory (or multi-modal) field right now is because the rocketing use of technology has resulted in less physical interaction in a society ever more divided by screens. ?The festival comes at a time when we are experiencing a lack of intimacy in our daily lives,? she says. ?Digital is great, but digital needs to come with a human element... Technologists are thinking about how to make tech more synonymous with the body, to move beyond clunky technology.?

On the performance side, Singer points out that we have moved beyond the huge craze for immersive theatre, and that this is the next step. There is also an insatiable interest, especially in London, in new food and drink trends and dining experiences.

We?re seeking to heighten and refine our sensory pleasures, and ? as Professor Barry Smith, founder of London?s Centre for the Study of the Senses, points out, ? our enjoyment of a glass of wine is based on much more than the flavour of the liquid.

Originally a linguistics professor, Smith fell into the sensory world when asking a neuroscientist colleague for advice on wine tasting and how taste works. He was taken aback to discover the simple experience of a sip of malbec is a complicated dance between all your senses: touch, taste, sight and smell, from the look of the wine to the weight of the glass. ?I realised, that?s not the exception, that?s the rule,? says Smith. ?They told me: ?We don?t have five senses, we have anywhere between 22 and 33?. I thought: ?We have to start again?.?

Smith?s work now takes in everything from working out the tastiest thing to drink on a plane (answer: tomato juice), to research with throat cancer patients and elderly people who are losing their sense of smell on how to improve their eating experience.

As much as there?s a huge potential for fun and entertainment in the multi-sensory world, there are also real-life applications for some of the results, with knock-on effects for medicine, wellbeing and technology. Singer sees huge potential for accessible design, for example. ?At the moment accessibility is often an afterthought. But if we got in touch with the senses in a big way, we could find new avenues for accessibility, right from the beginning of the process.? 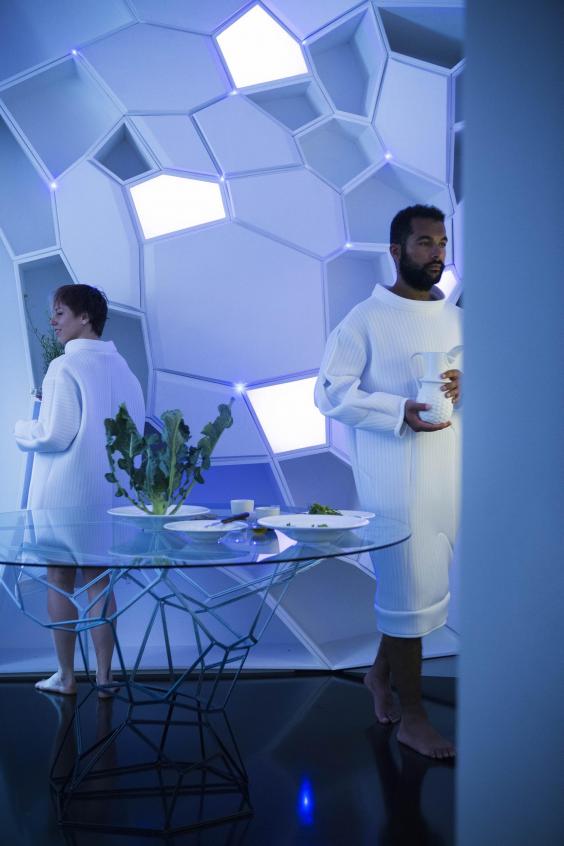 The passion for the senses is bringing together people in disparate fields and it?s through unlikely collaborations that the most interesting things are happening. ?Collaboration speeds up innovation,? says Smith. ?If you?re interacting with other researchers they?ll tell you something you didn?t think of and show you a new way of looking. That?s the way forward.?

I go in search of some of these hungry collaborators at a monthly gathering called Crossmodalism in Shoreditch. The room is full of app developers, entrepreneurs, film-makers and musicians all swapping ideas. Between the burlesque poetry reading and a talk on self-identity, the buzz and chatter in the air is buoyant.

One of Crossmodalism?s founders is Chris Lloyd, a pianist who once put on a performance in a swimming pool, playing Ravel while the audience swam around him and the smell of lilies was pumped into the air. Lloyd has just launched a new chapter of Crossmodalists in Berlin and is planning to open hubs in New York, Amsterdam and Singapore.

Like Singer, Lloyd stresses the importance of live experience in the digital age and likens the movement to Wagnerian Gesamtkunstwerk and Aristotle?s maxim of synergy. But less loftily, when I ask what the motivation is to create events like this, he shrugs and smiles, ?To make cool shit.?